James Clapper insisted on Thursday that there has been no hesitation within the intelligence community when it comes to giving classified briefings to the presidential candidates, including Donald Trump. Wrong. 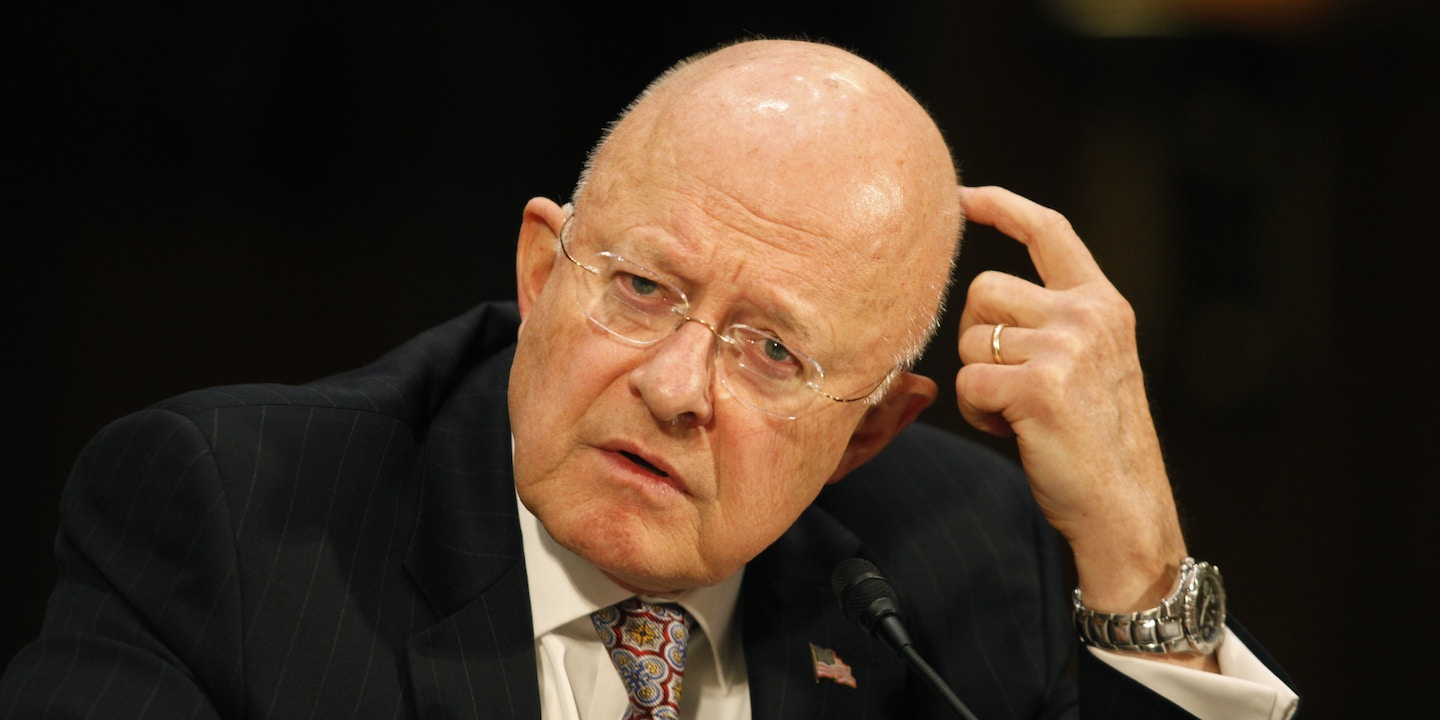 The country’s top intelligence official, James Clapper, insisted on Thursday that there has been no hesitation within the intelligence community when it comes to giving classified briefings to the presidential candidates, including Donald Trump.

“Is there any hesitation in the intel community to brief either of these candidates?” CNN’s Jim Sciutto asked the director of National Intelligence at the Aspen Security Forum, eliciting laughter from the audience.

“No there isn’t,” Clapper said, going on to describe the briefing as a nonpartisan tradition. “We’ve got a team all prepared,” he said.

But several news reports over the past several months have indicated there was dissension in the ranks when it comes to telling Trump secrets — culminating in a Washington Post story Thursday night that quoted a senior intelligence official saying, “I would refuse.”

All of which raises the question: How good can Clapper be at ferreting out secrets from foreign adversaries if he doesn’t even know what his own staff is thinking?

Then again, he could just have been lying. He’s done it before.

In June, Reuters reported that eight senior security officials were worried about Trump having access to classified information.

“People are very nervous,” one senior U.S. security official told Reuters, speaking under the condition of anonymity. “We’ve never had a situation like this before. Ever.”

In March, former CIA analyst Aki Peritz raised concerns in a column in The Guardian:

If Trump were the nominee, a man famously without filter will be privy to national secrets — and compartmentalizing his thoughts from his public utterances has never been one of his strengths. He has tweeted random, and sometimes untrue, items he read on the internet; he’s trumpeted false crime statistics; he’s even been fine with quoting Benito Mussolini. So far, he’s been able to get away with much of it by disavowing responsibility afterward.

Others members of the intelligence community called out Trump for his unpredictable style.

“My concern with Trump will be that he inadvertently leaks, because as he speaks extemporaneously, he’ll pull something out of his hat that he heard in a briefing and say it,” one former senior U.S. intelligence official told the Daily Beast.

And former Deputy CIA Director John McLaughlin told Mother Jones that briefing Trump may just be a challenge: “As an intelligence briefer, you’d probably be telling him a fair number of things that are at odds with his stated views,” he said. “And then you would find out how well he absorbs discordant information. … Trump’s public statements don’t suggest that he’s someone who easily deals with things that strongly disagree with his view.”