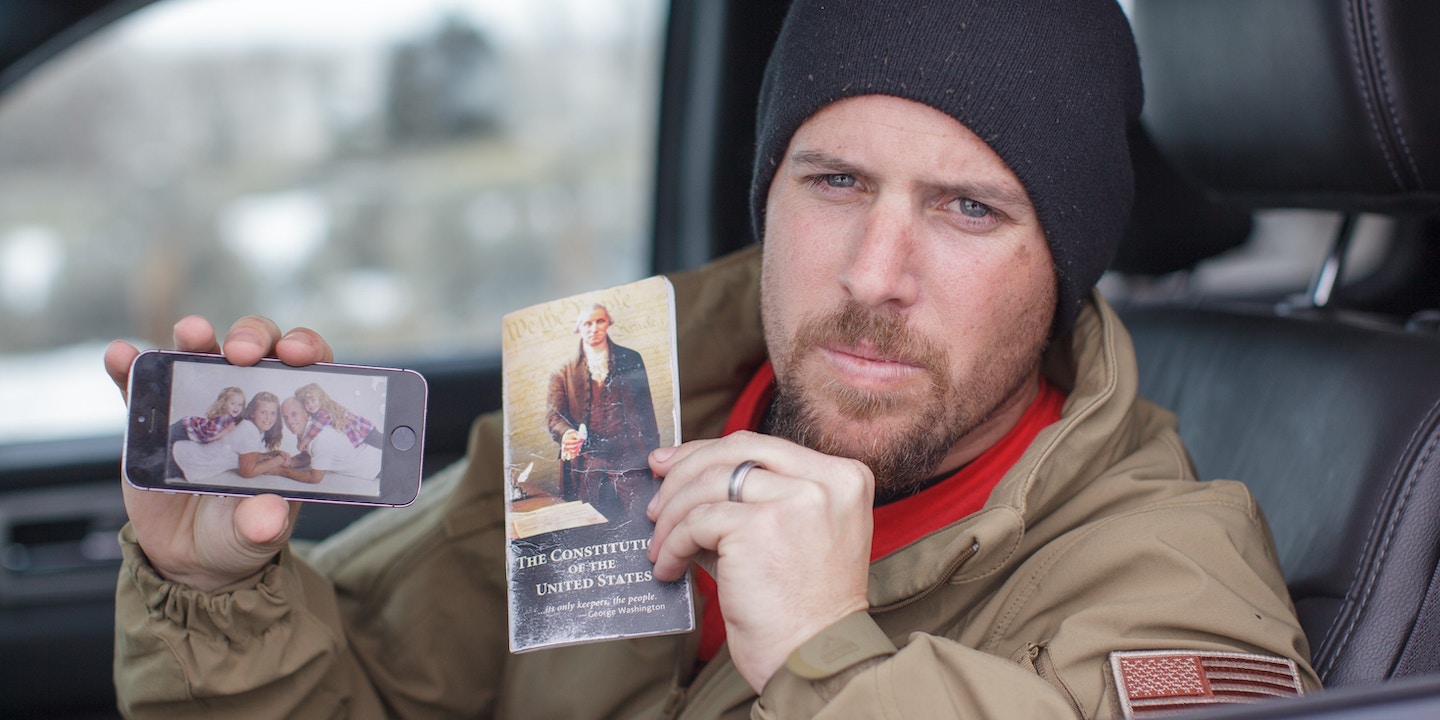 “Let me ask you: have you even read the United States Constitution? I will gladly lend you my copy,” Khan said last week in Philadelphia, pulling his edition out of his pocket. “In this document, look for the words ‘liberty’ and ‘equal protection of law’.”

But the version that Amazon is touting as a best-seller is not the one Khan held up. And readers looking for those words in the edition there will be misled. It’s published by the National Center for Constitutional Studies, a fringe Mormon group focused on teaching a fundamentalist interpretation of the founding documents.

The Washington Post, Forbes, the Associated Press, the Wall Street Journal, and PBS NewsHour have all noted the extraordinary popularity the NCCS version is enjoying on Amazon — but all failed to note the edition’s unusual features.

The Post, which is owned by Amazon CEO Jeff Bezos, simply described it as having been “printed by the nonpartisan National Center for Constitutional Studies”

Some Amazon shoppers expressed their outrage. One reviewer wrote, “please do not get this edition.” Another warned: “tread with caution.” Yet another wrote: “Just give me the document our wise forefathers wrote, not a bunch of excess quotes and jargon to convince me they were right.”

The book’s notes and annotations are by W. Cleon Skousen, a rabidly anti-Communist ideologue who took to rewriting history to support his ultra-right, Bible-based theories.

Skousen’s edition interprets the Constitution as evidence that the United States is subject to a Christian God’s ruling. It emphasizes that the federal government should not interfere in people’s lives.

The book was lauded by Ammon Bundy, who led the armed occupation of an Oregon wildlife refuge this winter: “That’s where I get most of my information from. What we’re trying to do is teach the true principles of the proper form of government,” he told The Los Angeles Times.

Skousen was a former FBI agent and briefly the police chief of Salt Lake City — until the mayor fired him, saying he was “a master of half truths” and ran the police department “like a gestapo.” Following his death in 2006, he became a darling of the Tea Party.

Florida state officials distributed as many as 80,000 copies of the NCCS pocket Constitution in 2013 until the Tampa Bay Times noted its religious messages.

“There’s conservative, there’s right-wing and there’s off the charts,” Sean Wilentz, a Princeton University history professor, told the newspaper. “Cleon Skousen was off the charts.” Wilentz described Skousen and his allies as “paranoid theocrats.”

There are more than 15,000,000 copies of this constitution in circulation, according to the NCCS.

Meanwhile, the American Civil Liberties Union is offering nonannotated copies of the Constitution for free.

In honor of Khizr Khan, get your FREE POCKET CONSTITUTION: https://t.co/wZdkZIahpi pic.twitter.com/875YWCeNZZ

Both editions are now back-ordered.

Top photo: Jon Ritzheimer, part of an armed anti-government militia that occupied an Oregon federal wildlife reserve this winter, shows a family picture on his phone and a copy of the NCCS-issued U.S. Constitution to the media.