The Trump campaign is deeply rooted in fictional beliefs — many of them revolving around the paranoid delusion that American Muslims are a fifth column. 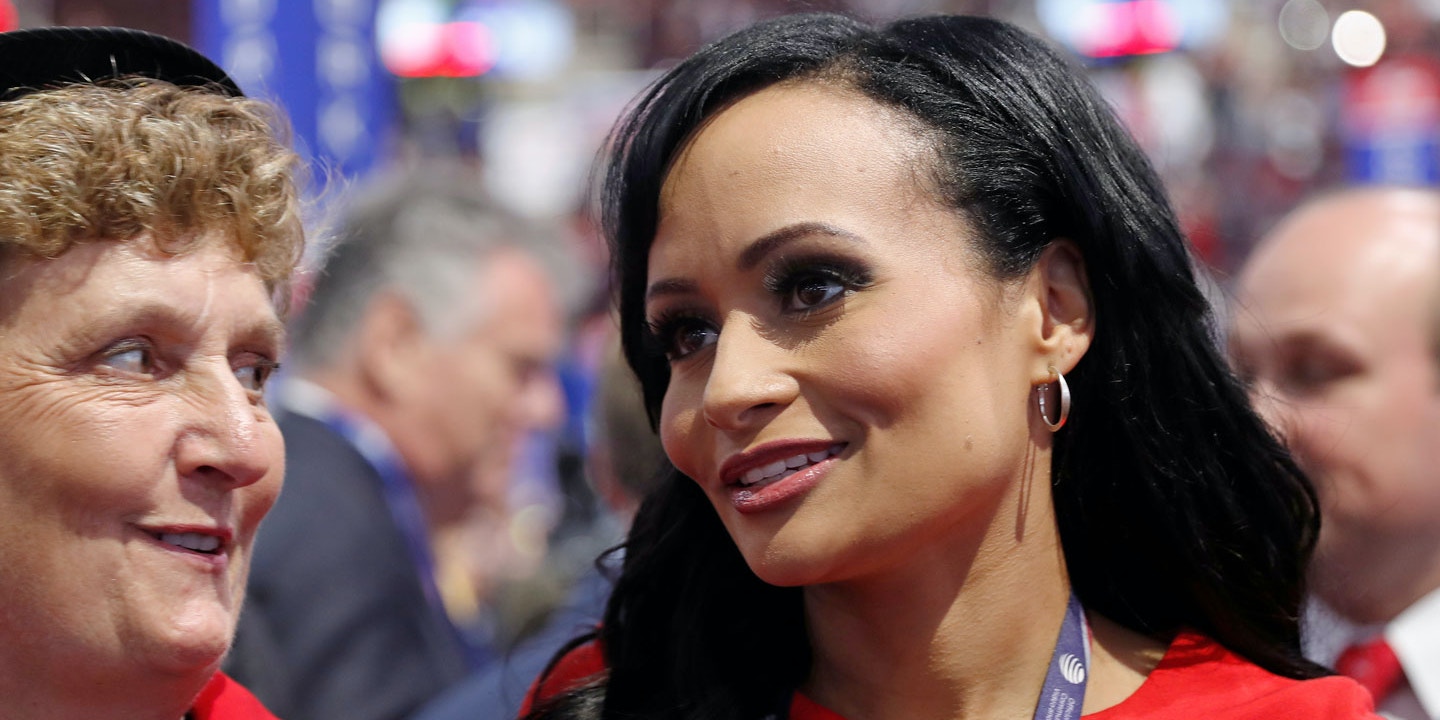 Let this news, and the fact that it is news, sink in: Katrina Pierson, the former Tea Party activist who is now Donald Trump’s national spokeswoman, admitted on Wednesday that Barack Obama was not the president of the United States in 2004.

The reason it was considered necessary to extract this concession to reality from Pierson is that she had insisted, during an interview with CNN the night before, that President Obama was responsible for the death of Capt. Humayun Khan, an American soldier who was killed in Iraq five years before he became commander in chief.

Pierson’s bizarre claim came as she was pressed by the CNN host Wolf Blitzer to explain why Trump had not apologized for insulting the fallen soldier’s mother, Ghazala Khan, for standing silently alongside her husband, Khizr, as he chided the Republican candidate last week for his proposed ban on Muslim immigration.

Rather than answer that question, Trump’s spokeswoman suggested, falsely, that her boss was being blamed for the soldier’s death. “Surely you can understand the confusion, considering Donald Trump never voted for the Iraq War — Hillary Clinton did — and then she didn’t support the troops to have what they need,” Pierson said. She then charged, in her somewhat mangled syntax, “It was under Barack Obama, and Hillary Clinton, that changed the rules of engagements that probably cost his life.”

In addition to somehow missing the fact that Obama did not assume control of the military until 2009, Pierson was also confused about a frequent right-wing talking point about how the lives of American soldiers were supposedly put at risk by a change in the U.S. military’s rules of engagement, which minimized the use of airstrikes to cut down on the killing of civilians. That change, which was introduced by the Obama administration, was part of a revised strategy for fighting the Taliban — in Afghanistan, not Iraq.

Pierson’s shaky grasp of recent American history was widely mocked on social networks, under the trending hashtag #KatrinaPiersonHistory. Weirdly, Pierson herself then tried to join in on the fun, by adding the term to a tweet she pinned to the top of her Twitter feed.

In November of 1940 Obama cut the budget for AA guns at Pearl Harbor.#KatrinaPiersonHistory

No doubt embarrassed by Blitzer’s failure to immediately correct Pierson, the network brought the spokeswoman back on Wednesday to perform some delayed fact-checking.

In that second interview, however, Pierson continued to insist that Trump did not attack Ghazala Khan although he did, by falsely implying to both the New York Times and ABC News that she probably “wasn’t allowed” to speak because of repressive Muslim tradition. Pierson also introduced a new false claim: that her boss only objected to “reports” that Khizr Khan, a Harvard-trained lawyer, “is a strong proponent of Sharia law, and actually writing about it, and how the Constitution should be subordinate to Sharia law.”

To CNN’s credit, the hosts quickly cut Pierson off — telling her “that’s not true, Katrina” — and played video of Khan explaining that he was in no way a proponent of using Muslim religious law in the United States, noting that it would conflict with the Constitution, which he reveres.

Although debunked on CNN, Pierson’s attempt to smear Khan by falsely connecting him to Islamist radicals has been successful with a lot of the candidate’s supporters and surrogates who trust the right-wing websites they read more than cable news channels.

This is an actual exchange I just had with a Trump supporter here in Ohio about Khizr Khan. On camera. pic.twitter.com/KWnahBCHmv

The whole incident is a useful reminder of just how firmly rooted the entire Trump campaign is in fictional beliefs — many of them revolving around the paranoid delusion that American Muslims are a fifth column secretly plotting to undermine the United States.

After all, Trump’s popularity among Republicans first surged when he pushed the baseless claim that President Obama was not born in the United States, and so was ineligible for office. Although he has refused to discuss the issue in recent months, last year, Trump told Sean Hannity, “I don’t know where he was born,” and suggested that the president’s college transcripts might indicate that he was listed as a foreign student. That fact-free speculation — revived on Tuesday night by Trump’s former campaign manager Corey Lewandowski — is closely connected to the myth that the president is a secret Muslim, a belief that is still held by almost a third of all Americans and 54 percent of Republican primary voters.

Earlier in the campaign, of course, Trump insisted, despite a total lack of evidence, that he had seen television footage of “thousands and thousands” of American Muslims cheering in New Jersey as the World Trade Center collapsed on September 11, 2001. Then this week, in an interview about his dispute with the Khans, Trump claimed that America’s borders have to be closed because “you have radical Islamic terrorists probably all over the place — we’re allowing them to come in by the thousands and thousands — and I think that’s what bothered Mr. Khan more than anything else.”

As the blogger Charles Johnson explains, the “reports” that Khizr Khan is a secret Islamist radical started in the imagination of Walid Shoebat, a far-right blogger who is part of a network of anti-Muslim conspiracy theorists.

As to the quality of the research behind this attack on Khan, Johnson writes:

I won’t bother quoting from this mess. Again, if you know how these people work you already know what you’ll find — Khan once wrote a paper on shariah, and that’s all it takes. They’re off, smearing Khizr Khan as a Muslim Brotherhood “plant” working with the Clinton campaign to convert the whole country to radical Islam. In this weird right-wing fantasy, Khan’s son — who was killed in Iraq warning fellow U.S. soldiers away from an exploding vehicle — was also a secret Muslim agent who died before he could stage a jihad attack.

Given that the Khans have endorsed Hillary Clinton for president, despite her vote in favor of the Iraq War that killed their son, it is not surprising that bloggers like Shoebat would attempt to weave them into the jihadist plots they see everywhere. The same network of bloggers has previously speculated that Clinton’s aide, Huma Abedin, was at the nexus of an Islamist plot to impose Sharia law on Americans.

Within hours of the fantasy about the Khans being posted online, Roger Stone, Trump’s longtime political adviser and a former business partner of campaign chairman Paul Manafort, sounded the alarm that the family was part of the same plot as Abedin.