How the U.S. Spies on Medical Nonprofits and Health Defenses Worldwide

The NSA spies on NGOs to help the U.S. dig up information on how targets respond to disease and weapons of mass destruction. 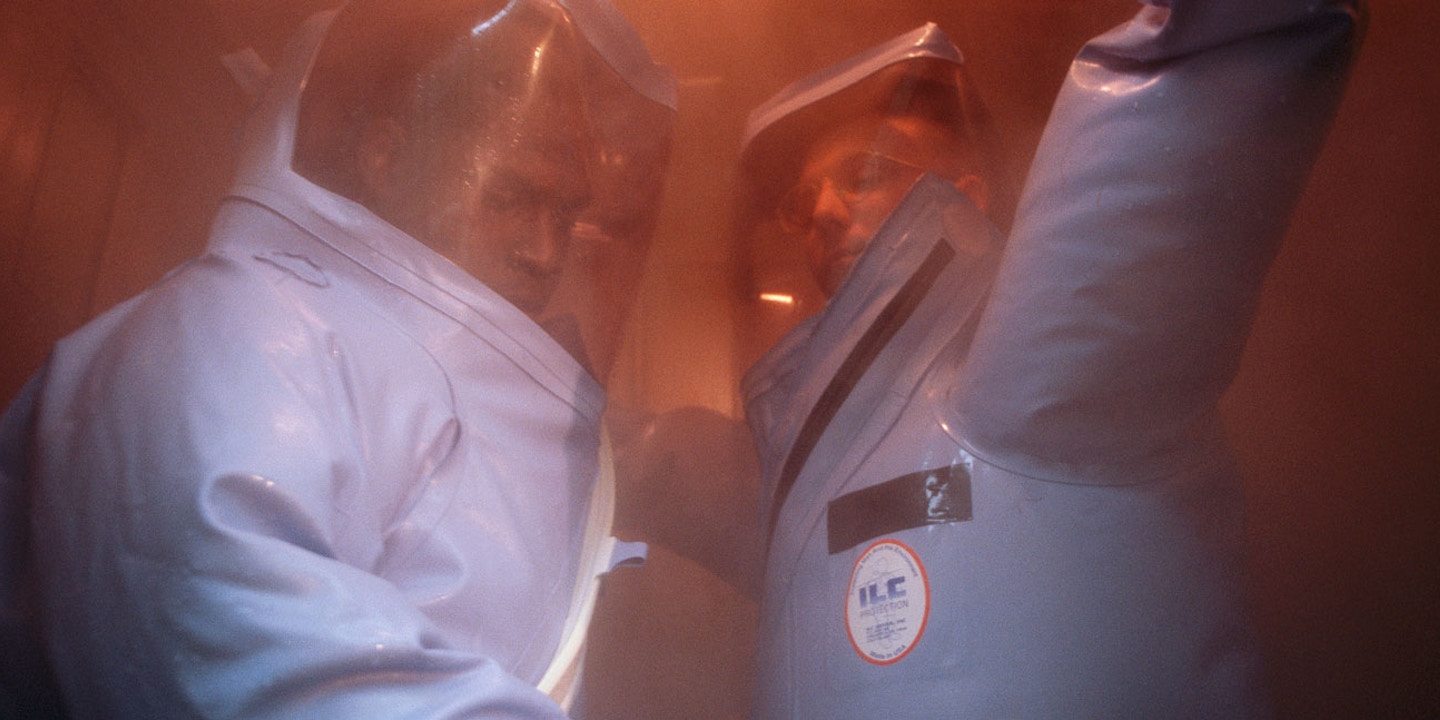 As part of an ongoing effort to “exploit medical intelligence,” the National Security Agency teamed up with the military-focused Defense Intelligence Agency to extract “medical SIGINT” from the intercepted communications of nonprofit groups starting in the early 2000s, a top-secret document shows.

Medical intelligence can include information about disease outbreaks; the ability of a foreign regime to respond to chemical, biological, and nuclear attacks; the capabilities of overseas drugs companies; advances in medical technology; medical research, and the medical response capabilities of various governments, according to the document and others like it, provided by NSA whistleblower Edward Snowden. The documents show that such intelligence is used in efforts to protect U.S. forces, assess the readiness of foreign armies, create opportunities for U.S. diplomats to build goodwill, uncover chemical weapons programs, identify specific bio-weapons facilities, and study how diseases spread.

The existence and broad contours of U.S. medical intelligence collection have been previously disclosed (as has one of its more nefarious uses, in which the flow of medical supplies would be used to hunt down a targeted individual). But a top-secret, previously-unreleased article published in November 2003 in the NSA’s internal newsletter, SIDtoday, details the birth of a collaboration between the agency and the DIA’s National Center for Medical Intelligence, then known as the Armed Forces Medical Intelligence Center. (The article is being published along with 262 others by The Intercept today; here are some other highlights.) 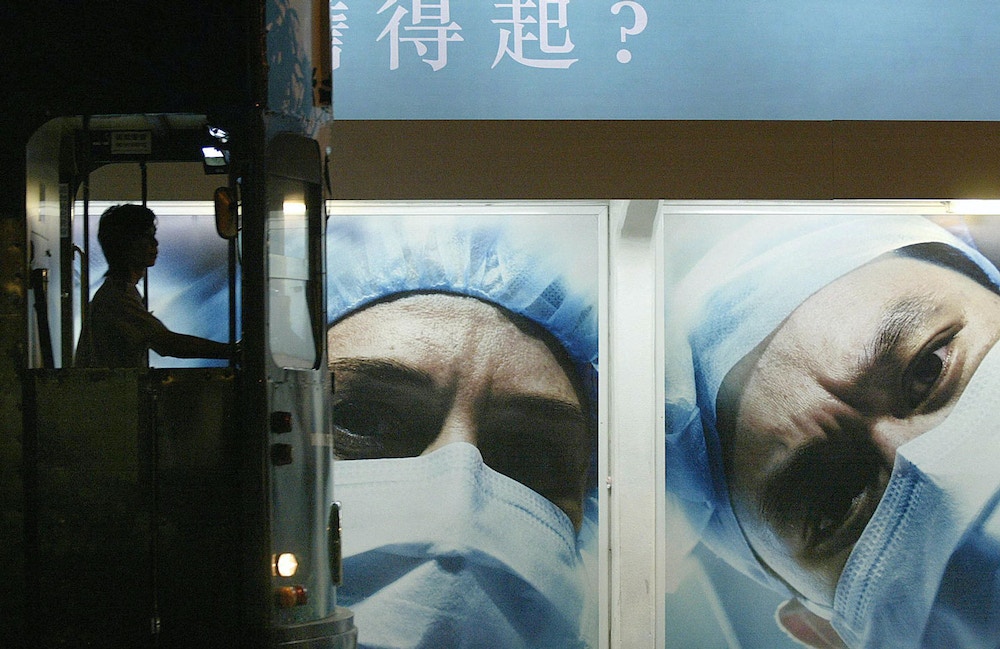 A billboard shows medical workers wearing masks to prevent the spread of the SARS virus at a tram stop in Hong Kong in 2004. Photo: Samantha Sin/AFP/Getty Images

Work began when the NSA brought in a DIA expert on infectious diseases to help its hamstrung International Organizations Branch — tasked with spying on non-governmental organizations, or NGOs — exploit medical intelligence it collected from the nonprofit groups’ reports on outbreaks. The DIA staffer became an NSA “integree” and was granted access to signals intelligence, or SIGINT, that was considered “raw,” meaning it had not been edited or stripped of personal information. Topics of interest included “SARS in China, cholera in Liberia, and dysentery, polio, and cholera in Iraq,” according the article, which was written by the NSA’s “account manager for DIA.”

“The timing of the integree’s arrival, as it coincided with a worldwide SARS epidemic, could not have been better,” the article stated. SARS, a respiratory virus, infected over 8,000 people worldwide, with an epicenter in China, before it was contained.

During that time, the NSA and its partners researched “the effect of the epidemic on the state security apparatus,” media coverage of the disease, the political and economic impacts of its spread, as well as the “impact” of SARS on China’s People’s Liberation Army “readiness” — according to NSA documents about a SARS conference published by The Intercept in May.

But SARS wasn’t the only purpose of the coupling, according to the SIDtoday article.

“In addition, the partnership has generated unique SIGINT [signals intelligence] reporting that supports the larger DoD and Intelligence Communities,” it stated.

“Efforts to develop related topics will inform and facilitate future endeavors to exploit medical intelligence in the International Organizations Branch,” they continued — though it’s not clear how else the information might be exploited.

The collaboration joined NSA communication intercepts with NCMI’s longstanding expertise on medical issues. Within NCMI, military and civilian experts, mostly medical doctors and researchers working at a facility now based in Fort Detrick in Maryland, study information on diseases and other topics clustering around health, medicine, pharmaceuticals, and biological weapons, with one of the goals being to protect U.S. forces widely deployed abroad. The joint effort to mine “medical SIGINT” is particularly noteworthy 13 years later, as medical devices and body monitors are increasingly connected to the internet, opening up new possibilities to expand intelligence gathering beyond epidemics and bioweapons and into more focused forms of surveillance. The NSA’s deputy director, Richard Ledgett, said in June that the spy agency was “looking … theoretically” at exploiting biomedical devices like pacemakers in order to surveil targets, even as he admitted that there are often easier ways to spy.

The NSA did not comment on the collaboration. Speaking on behalf of DIA, the Office of the Director of National Intelligence did not answer specific questions about the partnership, instead writing, via a spokesperson, that “from forecasting and tracking infectious disease outbreaks to assessing foreign health threats, medical intelligence is key to protecting our deployed forces from a wide range of threats across the globe.”

The Evolution of Medical Intelligence Gathering

One of the more prominent examples of focused medical spying came in 2010, when the agency crafted a plan to stow tracking devices with medical supplies bound for  an ill Osama bin Laden in order to locate the terrorist leader, as detailed in Snowden documents published by The Intercept last year.  It’s unclear if the plan was ever carried out.

But the military has been gathering intelligence on medicine, health, and scientific developments in biology since early World War II, according to Dr. Jonathan D.  Clemente, a North Carolina physician and researcher who wrote a 2013 report  on medical intelligence  for The Intelligencer, a journal published by the Association of Former Intelligence Officers. During the war, the Army surgeon general began disseminating public health information about various countries to field commanders and military surgeons prior to combat.

By the later stages of the war, the Allies began seizing foreign medical technology and drugs to improve its own stock — and spying on Germany for any plans it had to unleash a biological weapon.

Medical intelligence programs dissipated and were reborn under the CIA around 1947 — playing an important role in intelligence on the Communist Bloc, and during the Korean War.

After several leadership and name changes, the medical intelligence unit was permanently transferred to the Defense Intelligence Agency in 1992, tasked with “prepar[ing] intelligence assessments and forecasts on foreign military and civilian medical systems, infectious disease and environmental health risks, and biomedical research,” according to Clemente.

Concerns about drug-resistant infectious diseases were only heightened after the September 11 attacks, strengthening the need for medical intelligence analysts to monitor aggressors’ attempts to weaponize biological tools like anthrax.

A former director of the DIA’s medical intelligence unit, now a biology professor, Anthony Rizzo, described his mission as “protecting this country from threats that people will never even know we faced.”

Additional SIDtoday articles further elucidate the NSA’s focus on medical intelligence in 2003 — including its strategies to combat possible weapons of mass destruction and coordinate with the new Department of Homeland Security.

One article from August 2003 identifies an NSA project to keep an eye on the evolution of biotechnology in various countries. “Can we … determine the specific features that would distinguish a Bio Warfare Program from a benign civilian pharmaceutical production effort?” the author wrote, identifying a “suspect Iranian [biological warfare] facility” as a target for inspection.

A separate slideshow from April 2013, called “Special Source Operations Weekly” briefs analysts on an intelligence gathering mission into two Iranian universities that the NSA suspected might be involved in state chemical and biological warfare programs.

Their research, involving human trials on patients exposed to chemicals in pesticides, “could also be used in the event of … nerve agent exposure,” the slideshow reads. “This type of information enabled [intelligence community] customers, such as NCMI (National Center for Medical Intelligence) … to assess the types of medical countermeasures being developed by Iran, as well as Iran’s ability to respond to and protect against [chemical and biological warfare] threats,” reads a footnote at the bottom of the slide.

Medical intelligence gathering has continued since then, according to the so-called “black budget” proposed for the 2013 fiscal year, published in February 2012.

The document specifies a request for the NMCI to “expand its warning capability for health and biological events that have strategic implications by fielding more sophisticated analytic tools to forecast, detect, prepare, and respond to foreign health threats, emphasizing models for infectious disease spread and toxic and radiological contaminant dispersion.”

And the budget request specifically targeted research in Afghanistan and Pakistan, to gather information about “military and civilian medical capabilities” as well as funds to allow analysts to “support joint targeting and no-strike list selection for medical facilities.”