No one seems to be aware that our national anthem literally celebrates the murder of African-Americans. 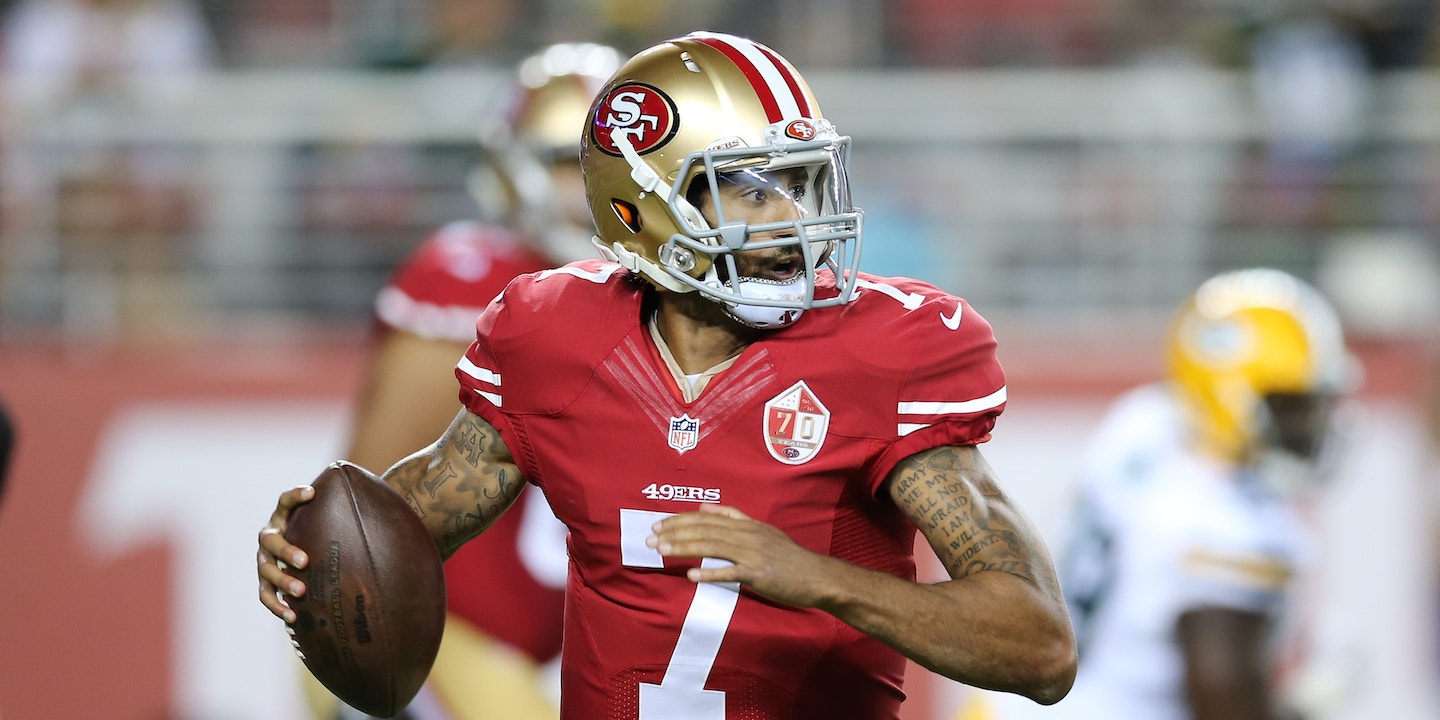 Before a preseason game on Friday, San Francisco 49ers quarterback Colin Kaepernick refused to stand for the playing of “The Star-Spangled Banner.” When he explained why, he only spoke about the present: “I am not going to stand up to show pride in a flag for a country that oppresses black people and people of color. … There are bodies in the street and people getting paid leave and getting away with murder.”

Almost no one seems to be aware that even if the U.S. were a perfect country today, it would be bizarre to expect African-American players to stand for “The Star-Spangled Banner.” Why? Because it literally celebrates the murder of African-Americans.

Few people know this because we only ever sing the first verse. But read the end of the third verse and you’ll see why “The Star-Spangled Banner” is not just a musical atrocity, it’s an intellectual and moral one, too:

“The Star-Spangled Banner,” Americans hazily remember, was written by Francis Scott Key about the Battle of Fort McHenry in Baltimore during the War of 1812. But we don’t ever talk about how the War of 1812 was a war of aggression that began with an attempt by the U.S. to grab Canada from the British Empire.

However, we’d wildly overestimated the strength of the U.S. military. By the time of the Battle of Fort McHenry in 1814, the British had counterattacked and overrun Washington, D.C., setting fire to the White House.

And one of the key tactics behind the British military’s success was its active recruitment of American slaves. As a detailed 2014 article in Harper’s explains, the orders given to the Royal Navy’s Admiral Sir George Cockburn read:

Let the landings you make be more for the protection of the desertion of the Black Population than with a view to any other advantage. … The great point to be attained is the cordial Support of the Black population. With them properly armed & backed with 20,000 British Troops, Mr. Madison will be hurled from his throne.

Whole families found their way to the ships of the British, who accepted everyone and pledged no one would be given back to their “owners.” Adult men were trained to create a regiment called the Colonial Marines, who participated in many of the most important battles, including the August 1814 raid on Washington.

Then on the night of September 13, 1814, the British bombarded Fort McHenry. Key, seeing the fort’s flag the next morning, was inspired to write the lyrics for “The Star-Spangled Banner.”

So when Key penned “No refuge could save the hireling and slave / From the terror of flight or the gloom of the grave,” he was taking great satisfaction in the death of slaves who’d freed themselves. His perspective may have been affected by the fact he owned several slaves himself.

With that in mind, think again about the next two lines: “And the star-spangled banner in triumph doth wave / O’er the land of the free and the home of the brave.”

The reality is that there were human beings fighting for freedom with incredible bravery during the War of 1812. However, “The Star-Spangled Banner” glorifies America’s “triumph” over them — and then turns that reality completely upside down, transforming their killers into the courageous freedom fighters.

After the U.S. and the British signed a peace treaty at the end of 1814, the U.S. government demanded the return of American “property,” which by that point numbered about 6,000 people. The British refused. Most of the 6,000 eventually settled in Canada, with some going to Trinidad, where their descendants are still known as “Merikins.”

Furthermore, if those leading the backlash against Kaepernick need more inspiration, they can get it from Francis Scott Key’s later life.

By 1833, Key was a district attorney for Washington, D.C. As described in a book called Snowstorm in August by former Washington Post reporter Jefferson Morley, the police were notorious thieves, frequently stealing free blacks’ possessions with impunity. One night, one of the constables tried to attack a woman who escaped and ran away — until she fell off a bridge across the Potomac and drowned.

“There is neither mercy nor justice for colored people in this district,” an abolitionist paper wrote. “No fuss or stir was made about it. She was got out of the river, and was buried, and there the matter ended.”

Key was furious and indicted the newspaper for intending “to injure, oppress, aggrieve & vilify the good name, fame, credit & reputation of the Magistrates & constables of Washington County.”

You can decide for yourself whether there’s some connection between what happened 200 years ago and what Colin Kaepernick is angry about today. Maybe it’s all ancient, meaningless history. Or maybe it’s not, and Kaepernick is right, and we really need a new national anthem.