I Was a CIA Whistleblower. Now I’m a Black Inmate. Here’s How I See American Racism.

A former CIA officer, imprisoned for disclosing classified information to a New York Times journalist, speaks out about the mechanics of racism and his hopes for overcoming it. It is a strenuous, unceasing effort to cope with the ordeal of being incarcerated at a federal prison. I find myself identifying with the title character from Shakespeare’s “Richard II” when he laments his own effort to adjust to confinement by wondering, “I have been studying how I may compare this prison where I live unto the world.” I do my best to resist the thought that prison is a reflection of our society, but the comparisons are unavoidable. Unlike “Richard II,” my “studying” has not been so much a comparison as an unhappy realization.

From the moment I crossed the threshold from freedom to incarceration because I was charged with, and a jury convicted me of, leaking classified information to a New York Times reporter, I needed no reminder that I was no longer an individual. Prison, with its “one size fits all” structure, is not set up to recognize a person’s worth; the emphasis is removal and categorization. Inmates are not people; we are our offenses. In this particular prison where I live, there are S-Os (sex offenders), Cho-Mos (child molesters), and gun and drug offenders, among others. Considering the charges and conviction that brought me here, I’m not exactly sure to which category I belong. No matter. There is an overriding category to which I do belong, and it is this prison reality that I sadly “compare unto the world”: I’m not just an inmate, I’m a black inmate.

Thinking that you know about something and actually experiencing it are completely different. Previously, my window into prison life was informed, in part, by the same depictions in movies, TV shows, and books that the rest of America has seen. And unfortunately, as a child I heard firsthand so many stories about prison life from people I knew that it seemed commonplace. I expected there to be a separation of the races — by some accounts “necessary” racial segregation — because that is what I saw, read, and heard. My expectations and naiveté could not prepare me for actually living in it, however.

I didn’t have to be taught the rules of prison society, particularly in regard to racial segregation, because they are so ingrained in just about every aspect of prison society that they seem instinctual. Even though there is no official mandate, here, I am my skin color. Whenever, in my stubborn idealism, I refuse to acknowledge being racially categorized and question the submission to it, the other prisoners invariably respond, “Man, this is prison.”

These distinctions are maintained even when I’m watching TV, because there is no integrated TV watching in prison. I am not welcome to watch in the “white,” “Hispanic,” or “Native” TV rooms. So I spend a lot of time in the black TV room. There are no spatial advantages or disadvantages to this segregation, because all the rooms have one or two tables, one or two TVs that offer the same channels, and the occasional pigeon flitting about indoors.

For me, the black TV room is a place of solace for reading, writing, being frustrated by Sudoku, and generally escaping from the everyday pain of prison life. However, even as an escape, its very existence constantly reminds me of the pervasiveness, pointlessness, and harmfulness of separation along racial lines. It is a reflection of America outside these walls. What I see in prison is sad, but what I’m seeing from prison is worse.

Since arriving here last June, and from the black TV room, I have seen news reports on the racially motivated shooting of black parishioners at the Emanuel African Methodist Episcopal Church in Charleston, and seemingly unending and routine instances of black citizens, including Philando Castile in Minnesota and Alton Sterling in Louisiana, falling victim to excessive force and being killed by law enforcement officers. I have also seen reports of law enforcement officers being killed in attacks no less horrific. The sadness I feel at what has been happening outside these walls was already festering inside me before I became an inmate; when I entered prison, I was still reeling from the death of Michael Brown in the St. Louis area, which I proudly call home.

Watching these tragedies from prison, and especially from the black TV room, has been a profound experience. Throughout the days when the shootings were being covered and commentary on the news channels was ongoing, both TVs in the black TV room were constantly tuned in. As the events were unfolding on the news, I was struck by the uncommon silence in the TV room. Accentuating the uneasy silence was an air of frustration and a palpable lack of surprise and shock not only from the others, but also from myself. I, for one, did not know what to say. And that silence was impacted by another burning question I had no answer for, especially being in prison: What am I, or anyone else here, to do? A possible answer came in the form of a comment from one of my fellow viewers that was as stark in breaking the silence as it was in defining where I was and what I was seeing. “Man, this is America,” he said.

I cannot and will not accept that viewpoint, so I wanted and needed to know that outside the black TV room and outside the prison walls, the rest of America also found it unacceptable. I ventured out to see how the news was playing out in the other TV rooms. With the pretext of going to the ice machine (funny how we can’t watch TV together, but we can use the same ice machine), I passed by the white TV room. Those TVs were not tuned to the news reports of the shootings. Instead, one was playing ESPN, the other COPS. I didn’t make it into the Hispanic or Native TV rooms, but it became clear that the America of the white TV room, at least, was not the same as the one that was playing out in the black TV room, both on and off the screen.

Illustration: Matt Rota for The Intercept.

Comparing prison unto the world has been no more complex than comparing one TV room to another. The black TV room and the prison society that allows and perpetuates it have not been providing me with a window to America — they have provided a lamentable mirror. That mirror is reflecting the reality that racial segregation, particularly tacitly, is all too American. The America one sees and experiences depends on what TV room the color of one’s skin mandates.

In prison, I see that mindset of latent and allowable racism creating and being typified by racial segregation. On TV, I see that very same mindset in tragic action outside the prison walls through the use of racial profiling throughout the country, racially motivated voter ID laws, politicians stoking racial anxieties for votes, a criminal justice system that engages in racially disparate application and enforcement of the law, and much more. Such all-too-American, misguided practices foster, if not encourage, societal segregation and incite the dangers that necessarily accompany it. I can argue that the Charleston church shooter, the white law enforcement officers who have killed black citizens, and the black men who have killed law enforcement officers acted out of an animosity fueled by this same sort of prison mindset. What I have seen of the America I was a part of is the unfortunate and natural extension of what I’m living in prison.

Call me naive, call me a dreamer, and I’ll wear those monikers proudly because I still believe, even from prison, in this country and what it is supposed to stand for. Has that been my personal experience and what I’ve been seeing from prison? No. As merely one example, during my time in the CIA it became clear, in the organization’s words and actions toward me, that they saw me not as an American who wanted to serve his country but as “a big black guy.” But my dreams of America are far more enduring than a prison TV room mentality. There is a black America, there is a white America, there are many Americas. The greatness and promise of this country lies in equality reinforced by our differences rather than defined by them. My America is not a prison. For now, I’m confined to the black TV room at the Federal Correctional Institution in Englewood, Colorado. When I am free, I don’t want to feel that I’m merely going from one prison to another. 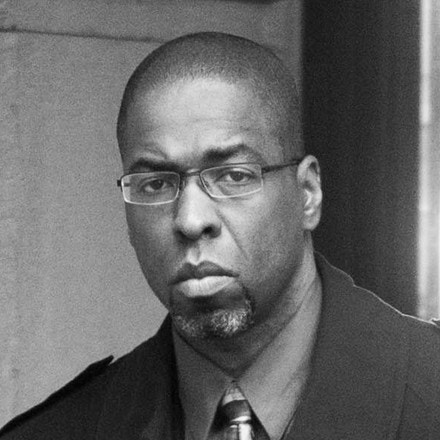