As “Snowden” Opens, Three Largest Rights Groups in U.S. Call on Obama for a Pardon

Snowden himself spoke via video from Moscow at a press conference Wednesday morning alongside representatives from the ACLU, Human Rights Watch, and Amnesty International. 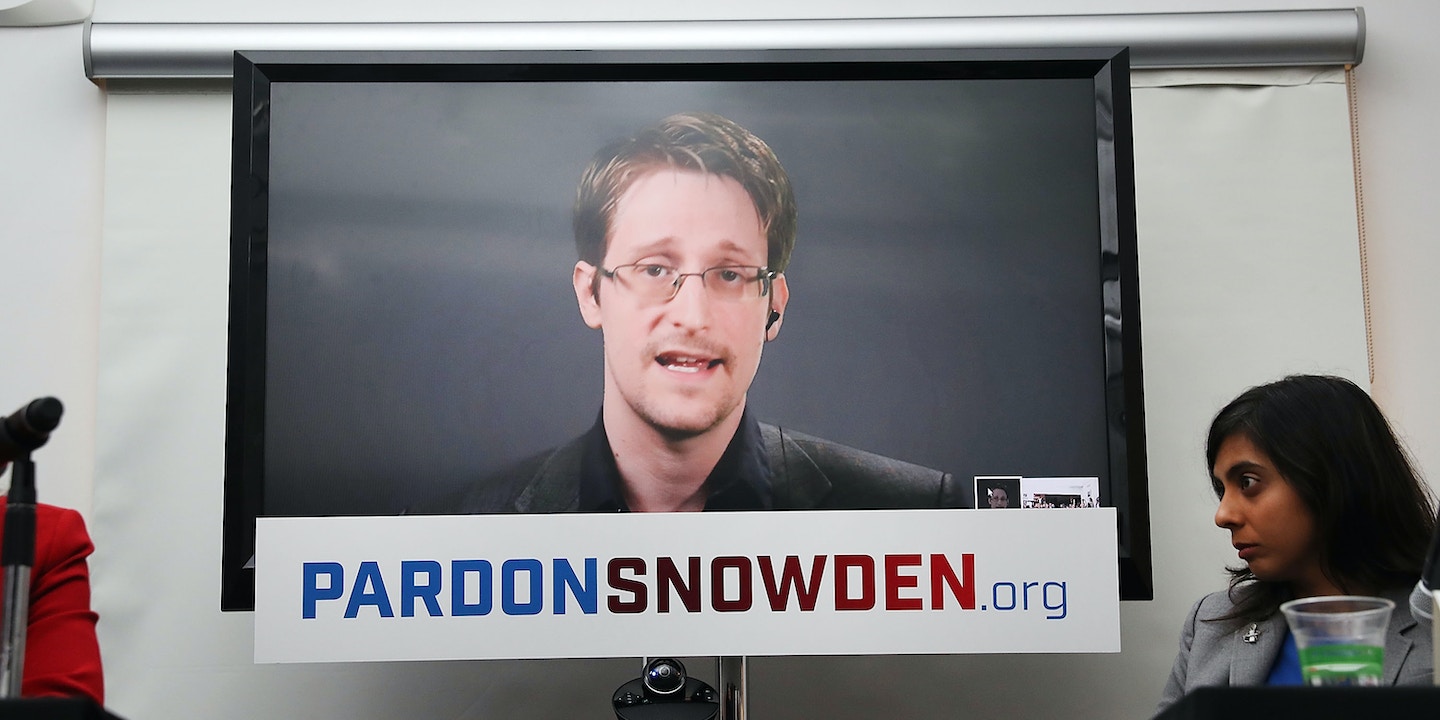 The day after the New York premiere of Oliver Stone’s new movie, “Snowden,” the three largest human rights organizations in the U.S. teamed up to launch a campaign calling on President Obama to pardon the NSA whistleblower.

Snowden himself spoke via video from Moscow at a press conference Wednesday morning alongside representatives from the ACLU, Human Rights Watch, and Amnesty International.

Snowden called whistleblowing “democracy’s safeguard of last resort” and argued that if the Obama administration does not reverse its practice of prosecuting whistleblowers, it would leave a legacy of secrecy that is damaging to democracy.

“From time to time we see that governments redraw the boundaries of our rights behind closed doors,” said Snowden. “If we are to sustain a free society for the next century, we must ensure that whistleblowers can act safely.”

The White House has previously denied efforts by activists to seek a pardon for Snowden.

In July 2015, after a petition on the White House’s “We the People” website quickly gained over 100,000 signatures, officials responded to the petition by accusing Snowden of “running away from the consequences of his actions,” and “hid[ing] behind the cover of an authoritarian regime.”

But speakers on Wednesday had an answer for those criticisms — pointing out that if Snowden returned to the U.S. from his exile in Moscow and faced trial under the Espionage Act, he would not be legally allowed to raise the public interest value of his disclosures as a defense.

On Wednesday, former Democratic presidential candidate Bernie Sanders told The Guardian that he supports granting Snowden “some form of clemency or a plea agreement that would spare him a long prison sentence or permanent exile.”

Asked about a possible pardon for Snowden, White House Press Secretary Josh Earnest denied that Snowden should even be called a whistleblower.

“Edward Snowden is not a whistleblower. There actually is a specific process that is well-established and well-protected that allows whistleblowers to raise concerns that they have, particularly when it relates to confidential or classified information, to do so in a way that protects the national security secrets of the United States,” Earnest said. “That is not what Mr. Snowden did.”

Snowden claims to have repeatedly raised concerns through official whistleblower channels, and says his concerns were brushed off.

Earnest also said that Snowden’s disclosures “put American lives at risk,” while not citing any evidence.

Top photo: Edward Snowden speaks via video link at a news conference for the launch of a campaign calling for President Obama to pardon him.