While NYC’s Wireless Emergency Alert system has been used more than a half dozen times over the last few years, Monday marked the first time it had been activated to aid the police in the search for a wanted man. 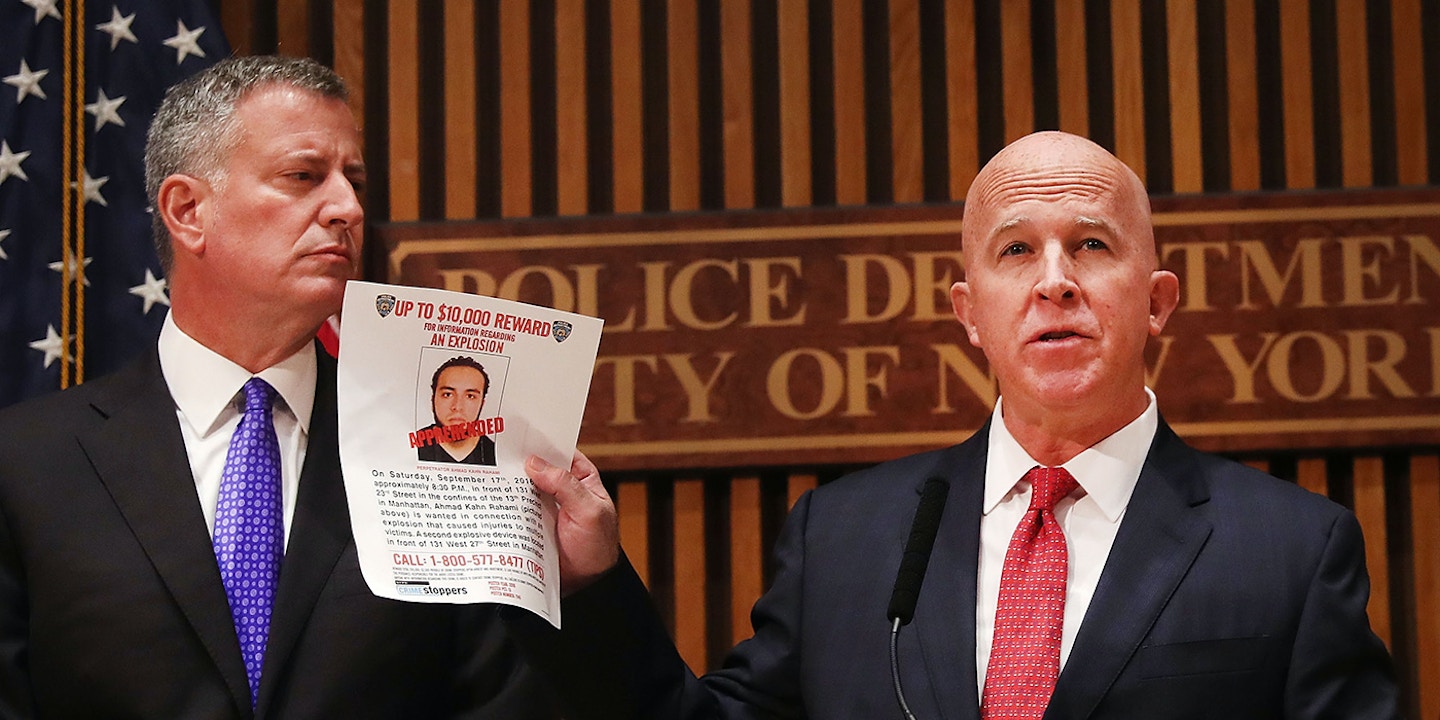 At approximately 8 a.m. Monday morning, as many New Yorkers were beginning their day, heading to work or school, their cellphones vibrated, notifying them of an incoming message: “WANTED: Ahmad Khan Rahami, 28-yr-old male. See media for pic. Call 9-1-1 if seen.”

Rahami, suspected of executing bombings in Manhattan and New Jersey over the weekend, would be arrested hours later following a brief shootout with police — his apprehension reportedly an unlikely combination of detective work, a vigilant New Jersey resident, and, apparently, some petty street thieves who saw something and said something.

While New York City’s Wireless Emergency Alert system has been used more than a half dozen times over the last few years, Monday marked the first time it had been activated as a means to encourage the public to aid the police in the search for a wanted man.

Standing before reporters Monday afternoon, New York City Mayor Bill de Blasio praised the use of the system, saying that it “definitely contributed to the successful apprehension of the suspect.”

Others, however, were less enthusiastic about the alert, arguing that it lacked specificity, that it dangerously deputized an entire city, and that the experience of seeing waves of commuters suddenly and simultaneously enlisted in a law enforcement manhunt had a creepily Orwellian feel.

New York City became the first municipality in the nation to use the alert system in 2012, when, during Hurricane Sandy, messages were broadcast to relay evacuation information. Since then, the system in New York has been used eight times, typically for severe weather — nationwide, hundreds of municipal, state, and federal agencies have used it over the last four years, culminating in more than 21,000 alerts. (A detailed report published last month by Motherboard delved into the criticisms of the system.)

Monday’s alert began with a request from the NYPD at approximately 7:45 a.m. to New York City’s Office of Emergency Management. The police had turned up a name, a description, and a photograph of a man, Rahami, suspected of being behind the bombings over the weekend. The department wanted the information disseminated as widely as possible. In order to do that, the Office of Emergency Management, in conjunction with the NYPD, activated its alert system.

Nancy Silvestri, an Office of Emergency Management spokesperson, told The Intercept that Monday marked the first time the system in New York City had been used for a “no notice” violent crime investigation. “The technology is similar to the way the emergency broadcasting system works,” she explained. Once a determination is made as to the geographic area targeted to receive a message, the system pings every cell tower in that area in order to relay the intended message.

“The idea is that all of the enabled cellphones in the area will receive it,” Silvestri said.

Silvestri acknowledged that the system has its limitations — for example, messages cannot exceed 90 characters and they cannot include photos — and that its use requires weighing the question of whether a message to the public will have an adverse effect, such as creating fear, panic, or profiling.

“We’ve had a lot of those kinds of conversations in advance,” Silvestri said, adding that she had not yet heard whether Monday’s broadcast yielded any useful tips or information for the NYPD.

The “main criteria” in choosing to blast out a message, Silvestri said, are moments or incidents in which lives or public safety could be threatened, or when the city needs the public to take action, such as in the case of an evacuation.

“We felt that this message met that criteria,” Silvestri said.

Speaking to the press Monday, de Blasio suggested that he might be willing to use the system again. His newly appointed police commissioner, James O’Neill, welcomed the idea, indicating that crowd-sourced, technology-driven manhunting is here to stay.

“This is the future,” O’Neill said.