How Video Games Are Influencing War Propaganda in Syria

A short film by Ahrar al-Sham, a militia group, uses camera-equipped drones and GoPros, turning a recent battle into a stage, with fighters identified by name and turned into characters. 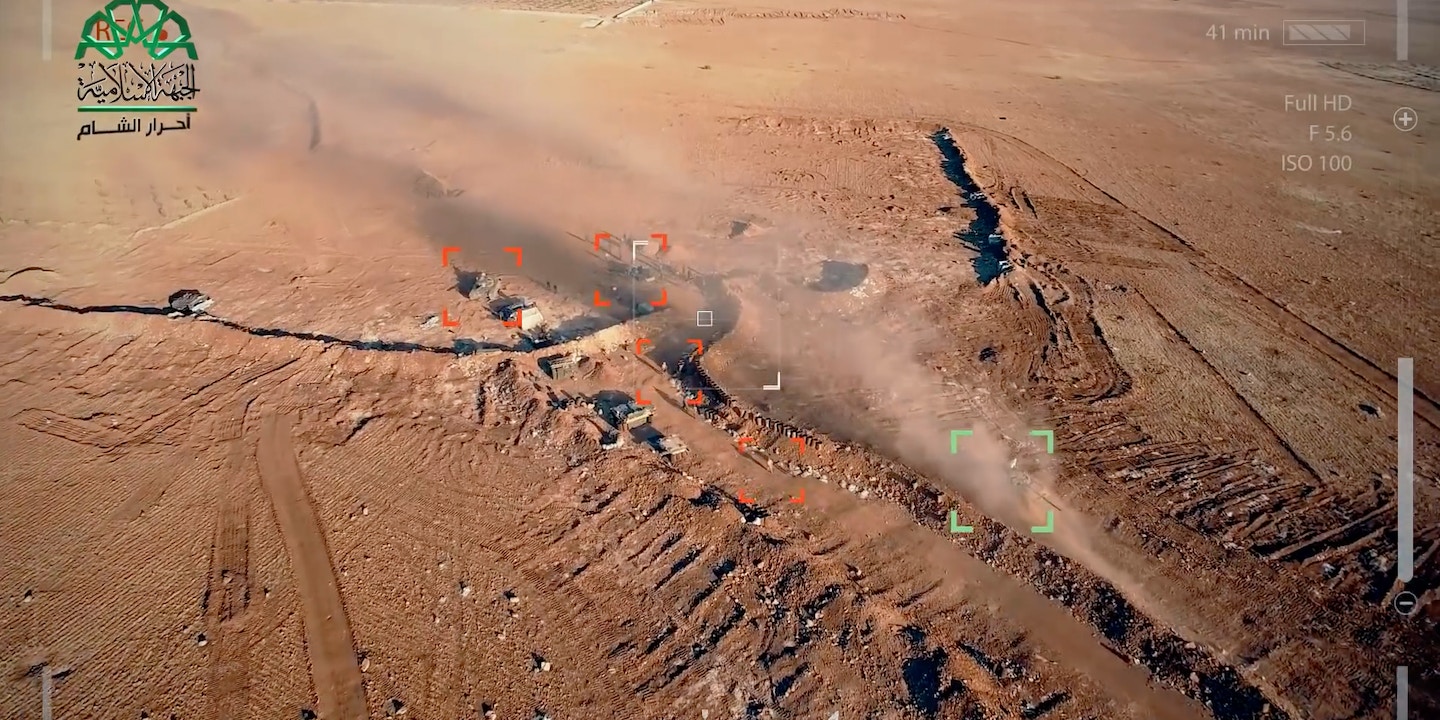 The generation that grew up playing modern video games is now making media about war that reflects those influences, including in Syria, where militias are producing sophisticated propaganda films employing tropes from Western popular culture.

A recent film produced by a militia group in Syria, Ahrar al-Sham, is a particularly striking symbol of this new era of conflict footage. Shot using camera-equipped drones and wearable GoPro video recorders, the 15 minute film, entitled “Rage Wind,” documents part of a recent rebel offensive against Syrian government forces near the city of Aleppo.

The film traces the experience of three different Ahrar al-Sham fighters before, during, and after the battle. Employing a range of camera techniques, the filmmakers provide point of view video footage from individual fighters taking part in the battle, as well as overhead drone video showing the battlefield at large. Experts on conflict propaganda say that the animations, video insets, and camera angles in the film reflect modern video game aesthetics more than the formulaic propaganda of past conflicts. 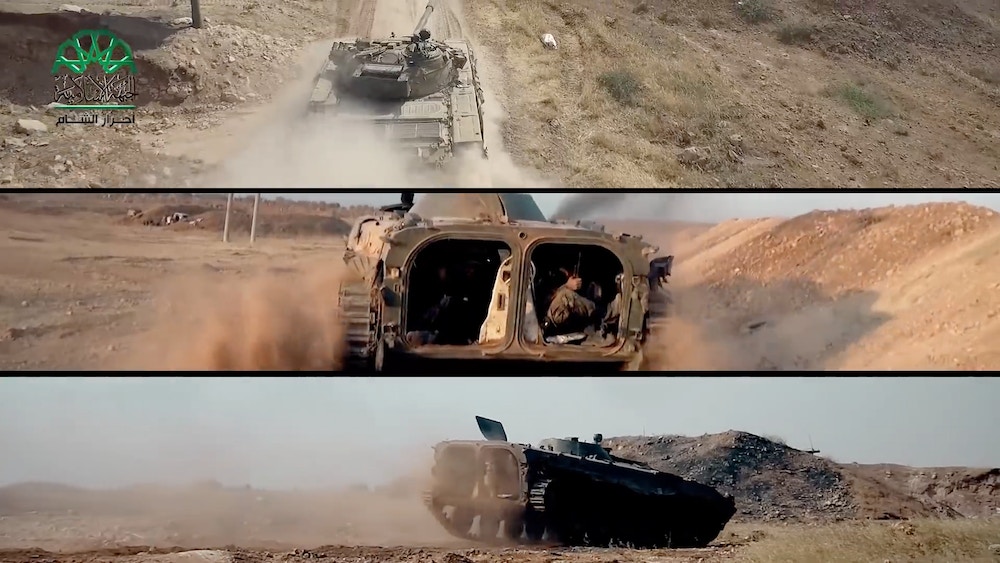 “The invasion of Iraq was the first ‘YouTube war,’ but the technology was really in its infancy at that point,” says Cori Dauber, a Professor of Communication at the University of North Carolina at Chapel Hill. “The first person footage that they employ in this film produces the exact same effect as a first person shooter video game.”

Dauber has written extensively on the use of visual propaganda during the current the wars in Iraq and Syria, particularly by the militant group the Islamic State. ISIS exploded into the popular consciousness of many Americans following a series of videotaped executions of Western hostages. Those images have become grimly iconic of the Syrian conflict to many in the West — but ISIS is only one of many parties producing its own media about the war.  The video produced by Ahrar al-Sham eschews the blood and gore that is ISIS’s signature, turning the subjects of the film into identifiable characters and imitating the storytelling style of traditional war movies.

The film can also be considered in context of the broader proliferation of media work in Syria in recent years. 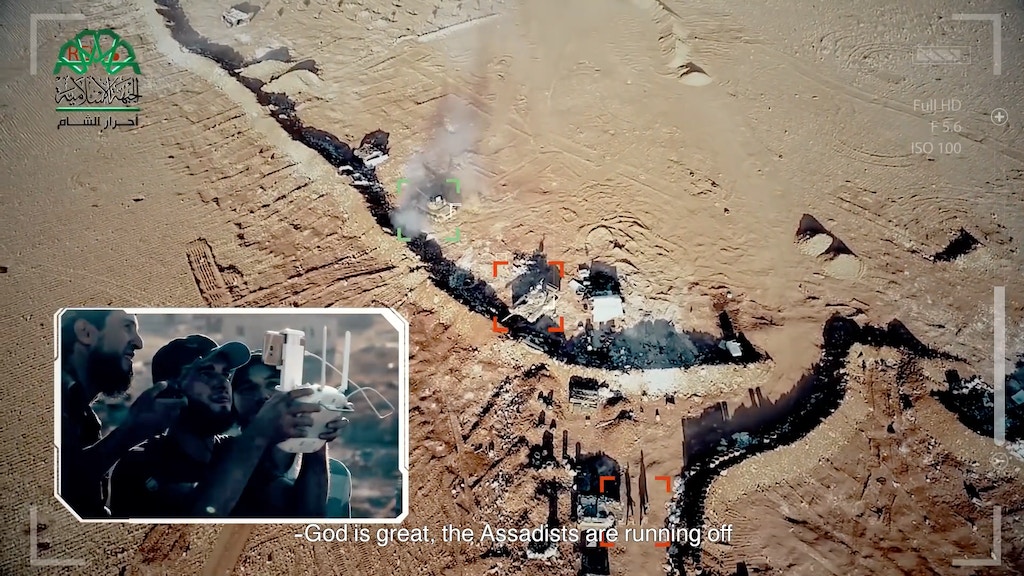 Since the country’s uprising began in 2011, Syrian civil society activists have created a huge range of media documenting their own experience of the conflict. Professional documentary filmmaking in Syria has undergone a renaissance of sorts, with films like Bassel Shehadeh’s “Streets of Freedom” and the award-winning 2013 documentary “Return to Homs” portraying the effect of years of war on the Syrian people.

Dauber says sophisticated political films like the one produced by Ahrar al-Sham are an attempt to promote a particular narrative of events in Syria, as well as to recruit others to their cause. Like all war propaganda, it is questionable how closely this polished image reflects reality. Amateur footage from the Syrian war, typically produced by citizen journalists with cellphones, portrays a reality that is harsher, uglier, and more morally conflicted than the tidy narratives of militant groups and states.

But even as they gloss over the realities of war, politically driven films like “Rage Wind” reflect a generational change in the way that conflicts are depicted. 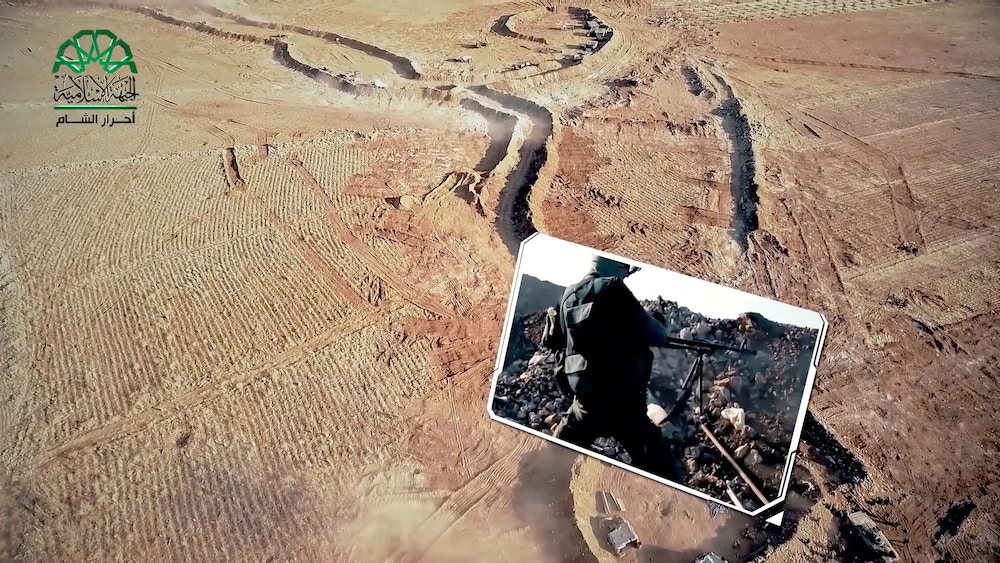 “The thing that is strikingly unique about this film is that the people making it deliberately broke the ‘fourth wall’ of filmmaking — meaning that they chose to show the cameras and provide the viewer a sense of how it was produced,” Dauber says. “This is a generation that is used to making its own media, and the filmmakers are able to flexibly use what could be relatively low-end technology.”

During the Iran-Iraq War in the 1980s, Iranian filmmaker Morteza Avini produced the groundbreaking war documentary “Revayat-e Fath” (Chronicles of Victory), using battlefield footage, interviews, and music to create a coherent narrative for the public about the war. At the time, Avini’s work was unprecedented in the Middle East. But the genre has evolved rapidly in the intervening years. The dissemination of cheap and relatively powerful recording equipment means that the ability to create and broadcast media is no longer the monopoly of state actors.

“The type of propaganda being made in wartime has changed as the technology has changed. It has now ‘democratized’ and is accessible even to individuals and small groups,” says Mark Robinson, Director of the Multimedia Lab at the University of North Carolina at Chapel Hill. “That means that control of images and ideas are no longer exclusively in the hands of governments — and as conflicts are no longer state versus state, the propaganda is no longer state versus state either.”