Did Tim Kaine and Mike Pence Realize That “Safe Zones” in Syria Would Require U.S. Troops?

Safe zones or humanitarian corridors, which aim to protecting civilians in a territory from all types of violence, require much more than just an end to aerial bombardments. 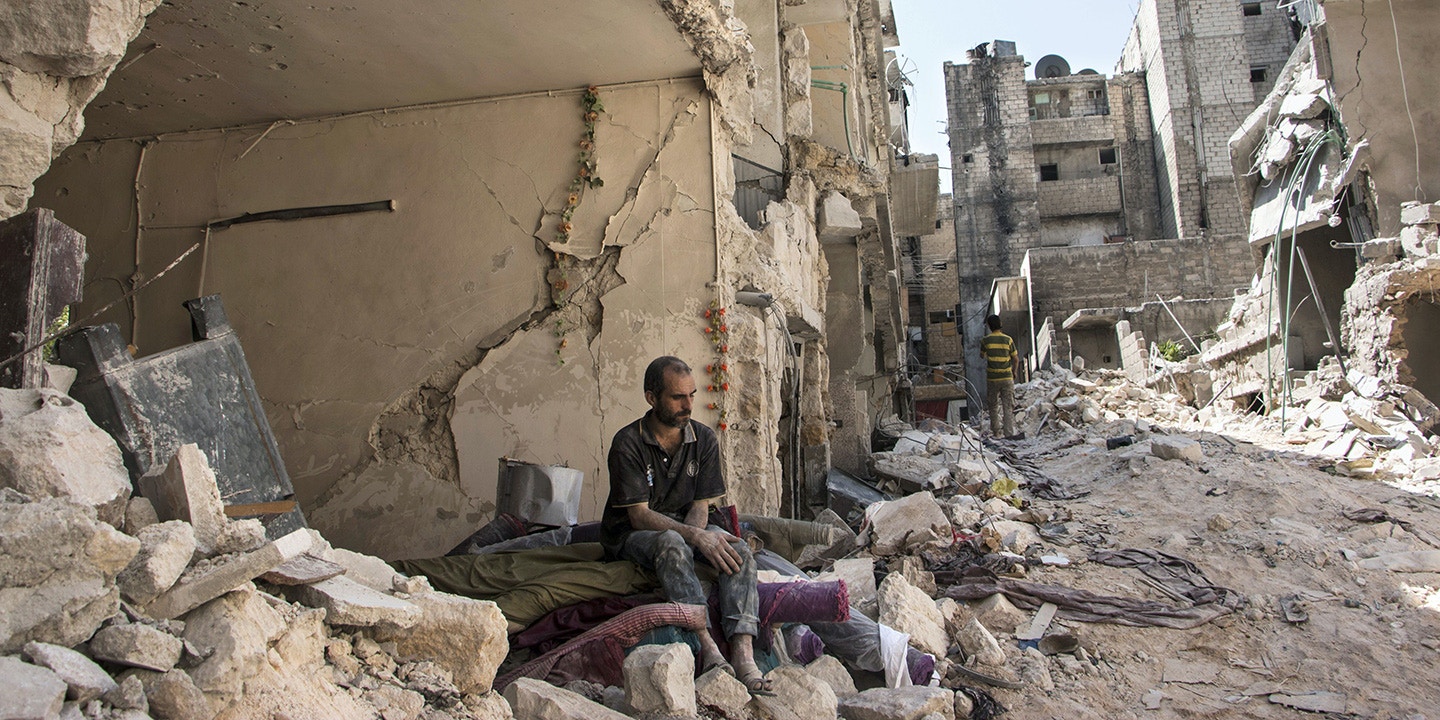 Democratic and Republican vice presidential candidates Mike Pence and Tim Kaine both advocated for establishing “safe zones” in war-torn Syria during their debate Tuesday night, an indication that whoever wins in November, the U.S. may end up deploying considerable resources — including ground troops — in the Middle East again.

“I truly do believe that what America ought to do right now is immediately establish safe zones so that families, and vulnerable families with children can move out of those areas, work with our Arab partners, real-time, right now, to make that happen,” Pence said.

Kaine responded, “Hillary and I also agree the establishment of humanitarian zones in northern Syria with the provision of international human aid, consistent with the United Nations Security Council resolution that was passed in February 2014 would be a very, very good idea.”

Moderator Elaine Quijano later followed up by asking Pence how a “no-fly zone” (NFZ) would work, but it’s important not to confuse these two concepts. A NFZ is something that would be accomplished mostly through the air, setting up territory where civilians could take shelter from aircraft. “On the whole, it doesn’t necessarily entail a major ground-based deployment in this area itself,” said Melissa Dalton, a senior fellow at the Center for Strategic and International Studies’ International Security program and a former country director for Syria at the Department of Defense.

By contrast, safe zones or humanitarian corridors, which have a more extensive objective of protecting civilians in a territory from all types of violence — whether it be attacks from the air, artillery and small arms fire, require much more than just an end to aerial bombardments.

“The barrel bombs and air assaults that [Syrian President] Assad has been conducting against his population are terrible, … but when you look at the actual data, most of the actual Syrian civilians who have been killed have been killed by shooting, mortar, artillery and rocket attacks,” Dalton noted. She pointed to data collected by Syria’s Violations Documentation Center and published in The New York Times last September. At that point, over 50,000 Syrian civilians had been killed from attacks emanating from the ground, eclipsing the almost 19,000 documented to have been killed in aerial bombardments.

Dalton explained that a response to that violence would have to take the form of a ground force, likely composed of the United States and allied countries, as well as Syrians themselves.

“You’re trying to create a perimeter area where there can be a free flow of humanitarian resources and perhaps even stabilization resources reaching a population that’s critically at need,” she said. “And you need to have some protection of those civilians. And that could be a mix of partner forces on the ground … and/or substantial numbers of U.S. and coalition forces to protect those civilians. Because there’s only so much you can do from the air to protect folks if there’s going to be a discrete area where they’re going to be able to escape to and flee violence and be protected.”

What the U.S. contribution to such a force would look like is at this point unclear, but U.S. officials have suggested that it would require substantial personnel and resources. In his 2013 assessment given to Congress, then-Joint Chiefs of Staff Chairperson Martin Dempsey said that “thousands of U.S. ground forces would be needed, even if positioned outside Syria, to support those physically defending the zones. A limited no-fly zone coupled with U.S. ground forces would push the costs over one billion dollars per month.”

In February, Secretary of State John Kerry told a Senate panel that the Pentagon has estimated it would take between 15,000 and 30,000 American troops to secure safe zones within Syria.

Writing in the Washington Post, former senior U.S. diplomats Nicholas Burns and James Jeffrey called on President Obama to “consider stronger measures to protect millions of civilians at risk,” including the establishment of safe zones. “Our experience as diplomats suggests that the United States would have to deploy U.S. soldiers on the ground inside Syria along the Turkish border in order to recruit the majority of the zone’s soldiers from Turkey and other NATO allies, as well as the Sunni Arab states,” they acknowledged.

The Democratic and Republican presidential campaigns, however, have not acknowledged the extensive commitment it would take to establish these zones.

“I will not send American combat troops to Iraq or Syria. That is off the table. That would be a terrible mistake,” Hillary Clinton said in February, despite repeatedly advocating for a safe zone for Syrian refugees. Kaine has been an advocate of the safe zone approach since at least 2015; that year, he sent a letter to President Obama urging him to adopt the policy.

Trump’s campaign has been all over the place on the issue. Last November, he said he’d create a “big beautiful safe zone” in Syria; in May, the candidate told an MSNBC morning show that he wanted to fight ISIS, not Assad. At a rally in Virginia in August, he reiterated the safe zone idea but said the Gulf States will pay for them. Pence’s statements at the debate on Tuesday mark the first time the campaign has said anything that detailed.

Top photo: A Syrian man sits in the rubble of a destroyed building a day after a barrel bomb attack in Aleppo, Syria, on Sept. 17, 2015.