Many of the GOP leaders expressing indignation at Donald Trump’s latest statements about women have horrific records on women’s issues. 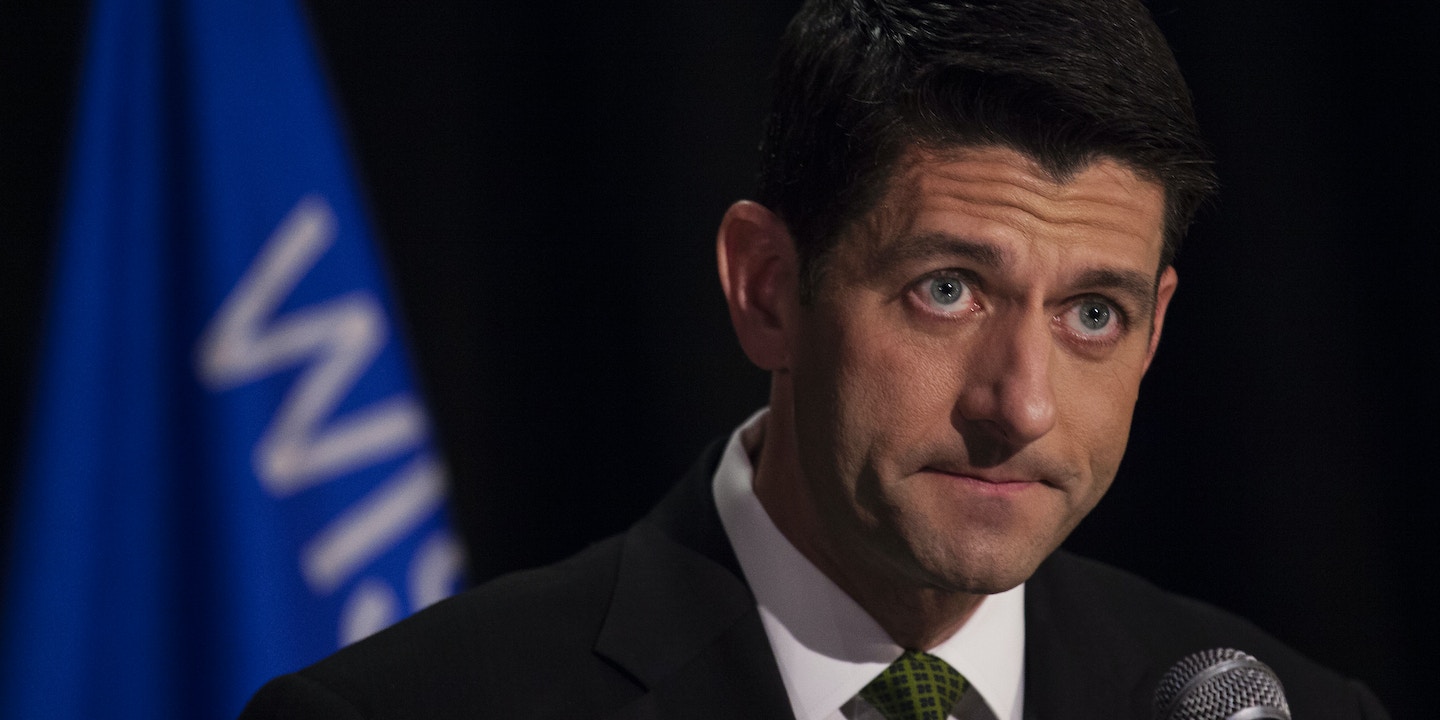 It takes a lot to rouse the feminist indignation of the GOP, but even Washington’s most diehard opponents of women’s rights are condemning Donald Trump’s comments in a 2005 recorded conversation with Access Hollywood’s Billy Bush. The Republican presidential nominee said, among other things:  “When you’re a star, they let you do it,” and “Grab them by the pussy. You can do anything.”

Mike Pence, Paul Ryan, Mitch McConnell, and other members of the Republican leadership distanced themselves from Trump’s comments.

Pence issued a statement rejecting his running mate’s conduct. “As a husband and father, I was offended by the words and actions described by Donald Trump in the eleven-year-old video released yesterday. I do not condone his remarks and cannot defend them,” Pence said.

Yet Pence’s record is not exactly out of sync with Trump’s words. Indeed, as a governor and legislator, Pence has been an innovator when it comes to measures that obstruct women’s rights. In Congress in 2007, he sponsored the first bill to defund Planned Parenthood. He is credited with starting the fight against the organization, which offers contraception, STI screenings, and primary care — as well as abortions.

He also cosponsored a bill that redefined rape, drawing a line between “forcible” rape and other kinds. Women’s groups were horrified. “It speaks to a distinction between rape where there must be some element of force in order to rise to the standard, and rape where there is not,” Steph Sterling, director of government relations for the National Women’s Law Center, told the Washington Post at the time. “The concern here is that it takes us back to a time where just saying no was not enough.”

This year, as governor of Indiana, Pence signed an anti-abortion bill that would mandate funerals for all fetuses. The law was blocked by a federal judge, who deemed it unconstitutional. Pence so enraged women that he inspired a movement called “Periods for Pence,” where women called his office to share with him information about their health. “Let’s make our bodies Mike’s business for real, if this is how he wants it,” the Facebook page said.

House Speaker Paul Ryan rejected Trump’s statements as well. “I am sickened by what I heard today,” he said in a statement. “Women are to be championed and revered, not objectified. I hope Mr. Trump treats this situation with the seriousness it deserves and works to demonstrate to the country that he has greater respect for women than this clip suggests.”

In Congress, Ryan has sponsored bills seeking to ban abortion, including one that defines a fertilized egg as a person. He cosponsored the bill with Pence that introduced the term “forcible rape” and would have banned abortions for statutory rape victims. He supported legislation that would criminalize some forms of birth control. He also voted against the Lilly Ledbetter Fair Pay Act, which addresses gender-based pay discrimination.

FACT: Romney’s running mate Paul Ryan referred to rape as a “method of conception” and co-sponsored a bill to redefine rape with Todd Akin.

Senate Majority Leader Mitch McConnell called Trump’s remarks “repugnant, and unacceptable in any circumstance.” McConnell voted against the Paycheck Fairness Act and did not vote on the 2012 Violence Against Women Act. Last year, Democratic presidential candidate Hillary Clinton said McConnell “doesn’t understand what our [women’s] lives are like.”

Other prominent GOP members who have criticized Trump’s comments but have created their own controversies around women’s rights include former Republican presidential contenders Jeb Bush (he’s said that unwed mothers should be shamed), Mitt Romney (remember “binders full of women”?), and John McCain (he has opposed equal pay legislation).

Women’s rights advocates have been quick to point out the hypocrisy of these statements. “Yeah I would prefer equal pay over reverence myself,” one woman tweeted at Ryan.

Thousands of women shared their own stories of sexual assault on Twitter as well.