Emails from top Hillary Clinton staffers reveal in stark terms how they made Super PACs an integral part of her presidential campaign. 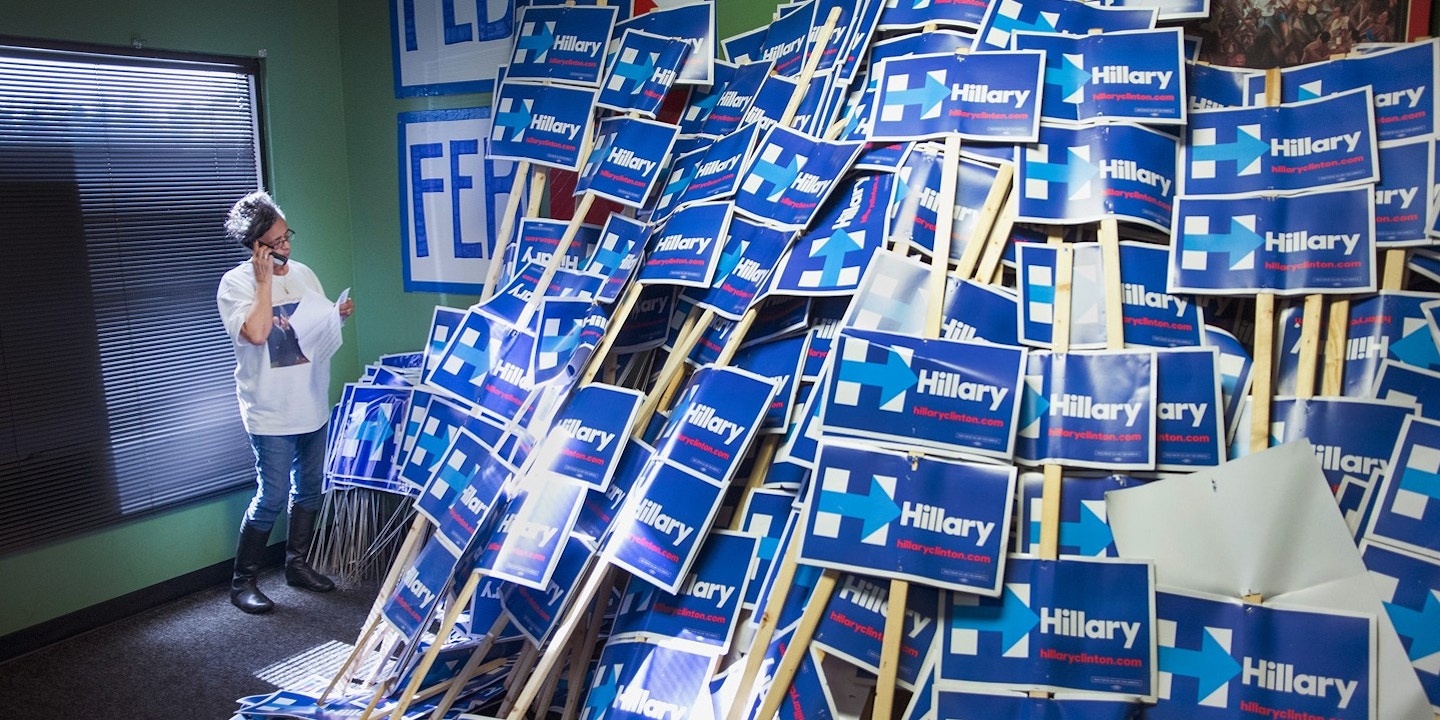 The fact that political candidates are closely coordinating with friendly Super PACs — making a mockery of a central tenet of the Supreme Court’s 2010 Citizens United decision — is one of the biggest open secrets in Washington.

Super PACs are only allowed to accept unlimited contributions on the condition that the money is spent independently of specific campaigns. The Federal Election Commission hasn’t reacted for a variety of reasons, including a lack of hard evidence, vague rules, and a partisan divide among the commissioners so bitter they can’t even agree to investigate obvious crimes.

But newly disclosed hacked campaign documents published by WikiLeaks and a hacker who calls himself Guccifer 2.0 reveal in stark terms how Hillary Clinton’s staffers made Super PACs an integral part of her presidential campaign.

The emails show consistent, repeated efforts by the Clinton campaign to collaborate with Super PACs on strategy, research, attacks on political adversaries and fundraising. The cache also reveal meetings between the campaign and Priorities USA Action, and that campaign officials have helped with the group’s fundraising.

The files were apparently hacked from a variety of Clinton staffers and have been posted online in recent weeks by Wikileaks and Guccifer 2.0. Obama administration intelligence officials have alleged, without providing evidence, that the email hacks were conducted on behalf of the Russian government in an attempt to disrupt the U.S. elections.

The Clinton campaign, Correct the Record, and Priorities USA did not respond to requests for comment.

Super PACs, known technically as “Independent Expenditure-Only Political Committees,” are a direct result of the Citizens United court decision. Justice Anthony Kennedy, the author of the decision, proclaimed that deregulating outside money would have no corrupting effect upon candidates because there would be strict firewalls between candidates and outside groups.

Correct the Record has long argued it could work directly with the Clinton campaign. When the group launched, it said it would only produce and distribute communications online, and that its work would therefore be exempt from FEC coordination rules.

The Super PAC was recently the subject of a complaint filed with the Federal Elections Commission by the Campaign Legal Center, which called on regulators to investigate whether Clinton’s campaign has illegally coordinated with the group.

The Campaign Legal Center, a nonpartisan watchdog organization, has also alleged that officials working for Donald Trump have similarly blurred the line between the campaign and one of its largest Super PACs, Make America Number 1, by employing common vendors.

The Campaign Legal Center argued that Correct the Record has likely made “coordinated expenditures” that could be considered in-kind contributions to the Clinton campaign — such as its spending on “opposition research, message development, surrogate training, reporter pitches, media booking, video production, ‘rapid response’ press outreach, and other ‘earned media.’”

“These documents affirm what we’ve been saying all along about Correct the Record,” said Brendan Fischer, an associate counsel at the Campaign Legal Center. “They are basically operating as an arm of the Clinton campaign.”

While Correct the Record has argued it is exempt from FEC rules, Clinton herself has said she does not work with Priorities USA Action. That Super PAC has spent millions of dollars on independent expenditures, including six-figure media advertising buys, to boost Clinton’s candidacy. The group has raised over $133 million through individual donations as large as $6 million.

As other media outlets have reported, Marc Elias, the Clinton campaign attorney, provided a memo with guidance on how the campaign could solicit funds for Priorities USA Action. The memo notes that campaign staffers would have to use certain language when trying to raise money for the Super PAC:

Permissible: “Donor A works in financial services and has been a long-time contributor. I think she’d be willing to do six figures for Priorities.”

In another email, campaign officials discussed ramping up their work with Priorities USA. Oren Shur, a campaign media advisor, organized the call “following several discussions we had with Marc,” a reference to Marc Elias, to discuss even more direct coordination with Priorities USA, noting that doing so would be “breaking new ground.” Officials floated pursuing coordinated “issue advocacy ads,” campaign ads that do not mention express advocacy for a candidate but are clearly political and partisan in nature.

Shur recommended a second course of action: using consultants shared with Emily’s List, a Democratic group, to shoot campaign video that would be posted online to “send public smoke signals in a more traditional way to the Priorities IE.” That way, the Priorities USA team would pick “up the signals,” and air independent expenditures that would “save the campaign anywhere from $2M-$4M.”

The subject of Super PAC interaction was of particular concern for Elias, who emailed and met with Podesta on several occasions to discuss pro-Clinton groups. In one email on March 5, 2015, shortly before the formal launch of the campaign, Elias contacted Podesta to ask if he was “good to meet with Priorities and CTR” at his law firm.

Two months later, Correct the Record formally separated from another Brock-led Super PAC, called American Bridge 21st Century, and announced it would be “allowed to coordinate with campaigns.”

Elias’s law firm, Perkins Coie LLP, has provided legal services to the Clinton campaign, Correct the Record and Priorities USA Action, making it a central node in the campaign infrastructure.