Republicans have been making wild claims about voter fraud for decades, but Trump has upped the ante — and may provoke a backlash. 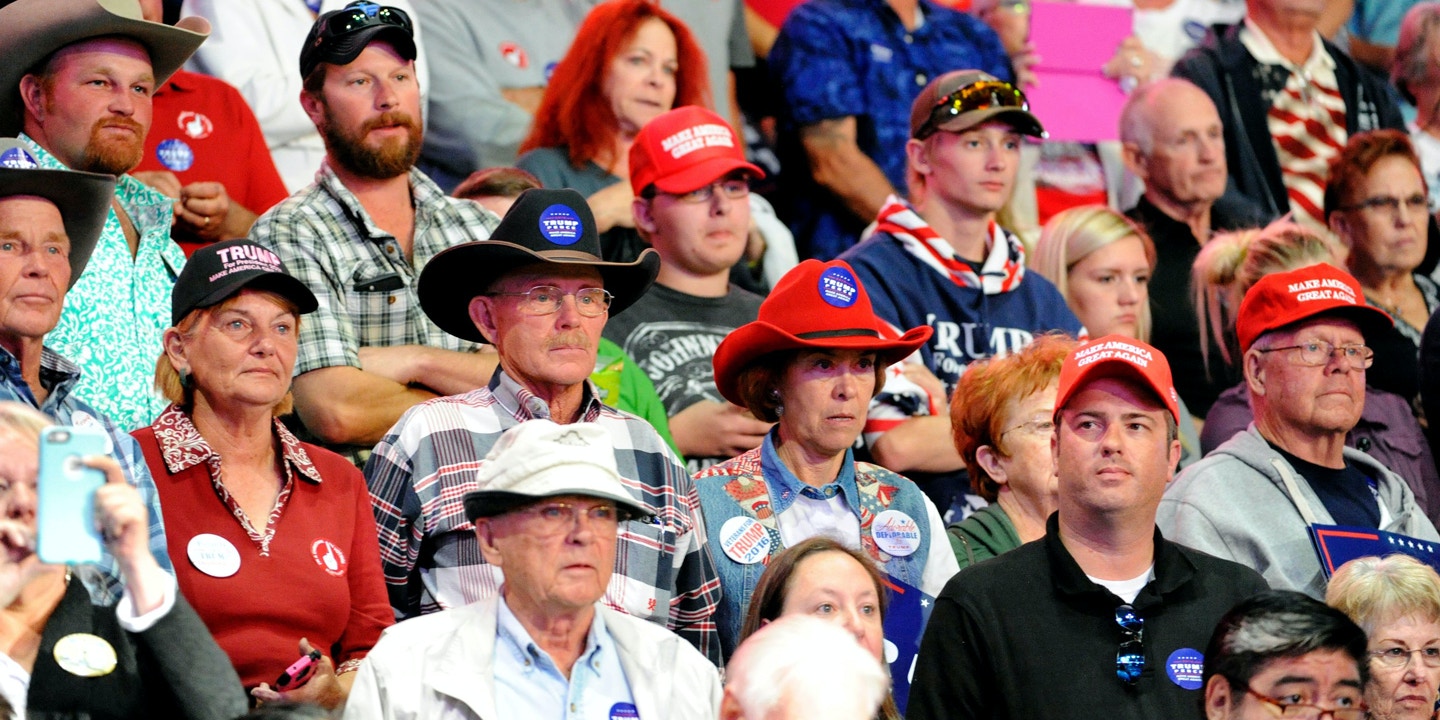 During the early 1960s, conservative Phoenix lawyer William Rehnquist led local attempts by the Republican Party to monitor new African-American and Latino voters and prevent them from casting ballots, according to multiple witnesses. Ronald Reagan later made Rehnquist chief justice of the Supreme Court.

In 1982, the Republican National Committee was forced to enter into a consent decree meant to prevent the GOP from intimidating minority voters. According to the original complaint, the RNC’s “National Ballot Security Task Force” purportedly existed to stop voter fraud but in fact aimed to disenfranchise eligible African-American and Latino voters. Despite various attempts in the 34 years since by the RNC to have the consent degree lifted, it remains in effect.

In 2011, as Wisconsin Republicans feared that their candidate was going to lose a critical election for the state Supreme Court, one GOP lobbyist told colleagues that they should “start messaging ‘widespread reports of voting fraud’ so we are positively set up for the recount regardless of the final number.” Scott Jensen, a Republican former Speaker of Wisconsin’s Assembly, responded, “Yes, … stories should be solicited by talk radio hosts.” Another lobbyist then wrote, “Mike Huebsch should call a face to face meeting for today to decide who is going to do what — make assignments.” Huebsch, another GOP former speaker of the Wisconsin Assembly, was at the time secretary of the Wisconsin Department of Administration.

In other words, bogus claims of “voter fraud” are part of the Republican Party’s DNA, and are used as a transparently cynical attempt to justify restrictions on voting that suppress Democratic turnout.

It takes real effort to ignore this, as Republicans often state explicitly that they want fewer Americans to vote. As Paul Weyrich, one of the founding fathers of the modern conservative movement, put it in 1980, “I don’t want everybody to vote. … Our leverage in the elections quite candidly goes up as the voting populace goes down.”

So don’t blame Donald Trump for his preposterous claims that the “election is absolutely being rigged” at “many polling places.” He’s merely turning the standard GOP lies up to 11.

Trump has delivered a potpourri of voter fraud rhetoric: That some Americans are going to vote over and over (“people are going to walk in there, they’re going to vote 10 times”); that undocumented aliens will vote, presumably once each (“illegal immigrants are voting all over the country”); and that the vote will be fraudulent in some general unspecified way (“the election is going to be rigged”).

Because of this collection of vague threats, Trump has told his supporters that it’s “so important that you watch other communities, because we don’t want this election stolen from us.” Some followers have vowed to engage in “racial profiling. Mexicans. Syrians. People who can’t speak American. … I’m not going to do anything illegal. I’m going to make them a little bit nervous.”

So don’t look for Republicans officials to denounce Trump en masse. Most either seem to value his rhetoric as useful lies or are victims of their own propaganda.

For instance, two dozen members of the RNC have affirmatively declared that they agree with Trump. Trump surrogates Newt Gingrich and Rudy Giuliani have as well. Republican Party Chairman Reince Priebus has simply maintained a discreet silence, as has Senate Majority Leader Mitch McConnell, R-Ky.

However, it is possible that Trump’s gone so over the top that there will be significant mobilization in response.

There is some evidence that the GOP’s attempts at voter suppression can actually lead to increased minority voter turnout.African-Americans made up 11 percent of Ohio voters in 2008; state Republicans then cut back early voting, yet 15 percent of Ohio voters were African American in 2012. Reverend Tony Minor, Ohio coordinator of the African-American Ministers Leadership Council, said at the time, “When they went after big mama’s voting rights, they made all of us mad.” The same pattern of attempted voter suppression and increased turnout also occurred that year in Virginia, North Carolina, and Florida.

First, “it has alerted election officials” — both state and local ones and at the Department of Justice — “that they should be prepared for problems on election day.”

Such officials “are on top of it,” Weiser believes, and will be able to prevent any attempts by Trump supporters or others to intimidate voters. “People are preparing and the polling place will be safe.”

Second, Weiser points out, the extremity of Trump’s rhetoric has in fact caused some Republicans “who were previously pushing fears of voter fraud to actually concede that voter fraud isn’t a real problem.”

For instance, Ohio’s Republican Secretary of State Jon Husted told CNN yesterday that “I can reassure Donald Trump, I am in charge of elections in Ohio and they’re not going to be rigged.”

Husted was responsible for Ohio’s early voting cutbacks in 2012, and then spent years investigating possible voter fraud in his state, finding essentially nothing. He is currently being sued for purging voters from the Ohio rolls.

Also yesterday, top GOP campaign lawyer Ben Ginsberg pointed out the obvious fact that “Republican election officials control 30 different states in the election mechanisms” and in those states “Republicans want this to be a fair election.”

Ginsberg was national counsel to the Bush presidential campaign in 2000, and ran its efforts to win the post-election Florida recount. In the past Ginsberg has been happy to speak about the “possibility of fraudulent voting taking place.”

For his part, Trump’s vanquished rival Sen. Marco Rubio, R-Fla., has flatly stated that “This election is not being rigged.”

Weiser holds out hope that “maybe we will start to see some kind of retreat from this tactical and harmful rhetoric” about voter fraud.

Most importantly, she says, Trump’s aggressive stance “should not deter people from going to the polls.” If voters encounter obstacles, Weiser emphasizes, there is help available. “Call 866 OUR VOTE,” she says, the number of the nonpartisan Election Protection coalition. Election Protection can also be reached online via its website, Twitter and Facebook.