The Telegraph’s investigation taped a GOP operative discussing how a Chinese donor could give $2 million to support Trump. 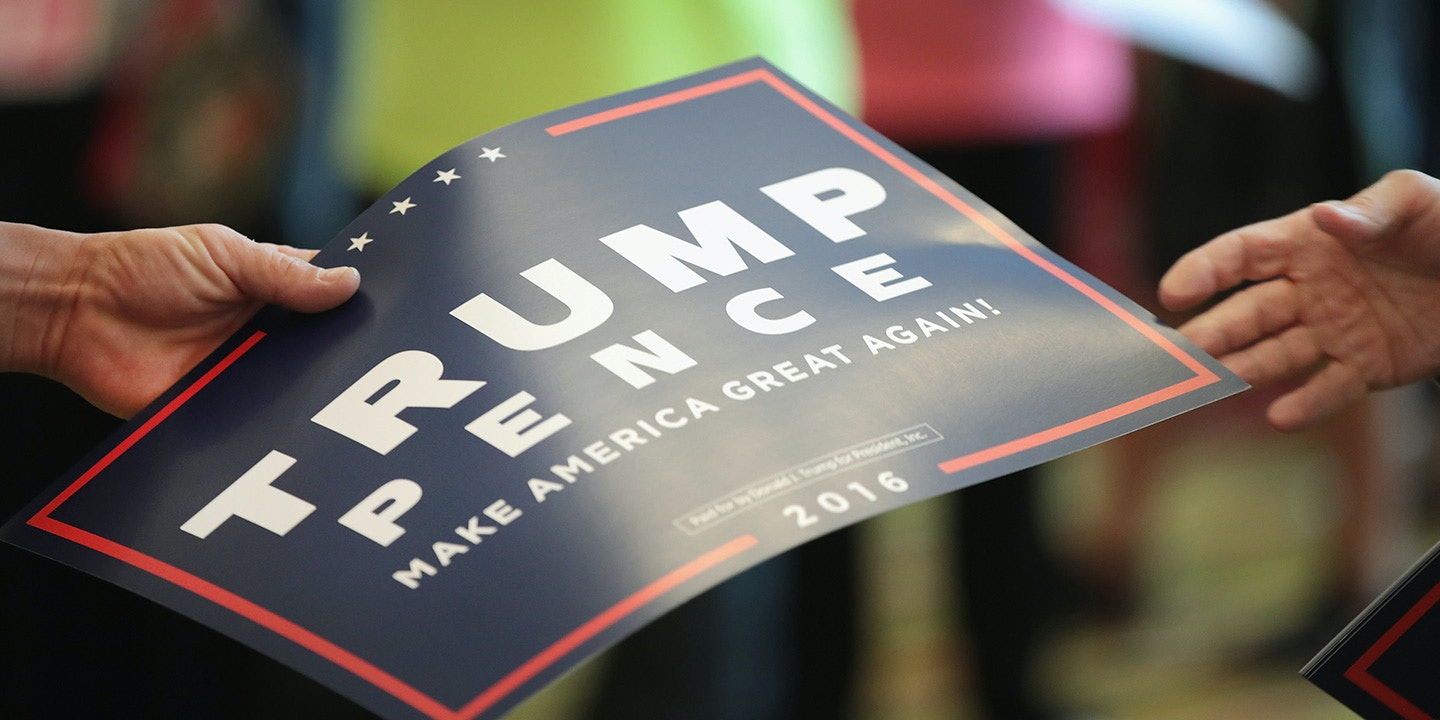 An extraordinary hidden-camera investigation this week by the British newspaper The Telegraph found that a former operative for a pro-Trump Super PAC appeared eager to accept $2 million from a fictitious Chinese donor to support Trump.

The operative, a significant player in GOP politics named Jesse Benton, was also willing to plot out a series of steps that would conceal the origin of the imaginary Chinese money in order to evade U.S. law banning political spending by foreigners.

But Benton’s scheme would have been impossible to even conceive of before the Supreme Court’s 2010 Citizens United decision made it far easier for foreign money to flow into U.S. elections.

Benton served as chief strategist for Great America PAC, a Super PAC supporting Trump, until Benton was convicted this May of helping to bribe an Iowa state senator in 2012 to endorse Ron Paul for president. Before that Benton managed the 2014 reelection campaign of Senate Majority Leader Mitch McConnell, R-Ky.

According to The Telegraph, Beach did not reject their entreaty, but did tell the reporters that “any path we recommend is legal.”

Shortly afterwards, The Telegraph received email from Benton which began, “Eric Beach asked me to reach out.” Benton agreed to meet with them in person, and they secretly filmed the meeting.

Benton proposed that they execute a strategy with three steps:

1. The reporters said they could send the imaginary $2 million from a Singapore company. Benton requested that they pay the money to his U.S. company, Titan Strategies LLC. He would bill them for “consulting.”

Pre-Citizens United, this would have been pointless, because the U.S. campaign finance system was based on legally-limited contributions from identifiable, individual American citizens. Under those circumstances, Benton would have had to find several hundred illegal “straw donors” to the Trump campaign.

Thanks to Citizens United, however, a corporation like Titan Strategies can make unlimited contributions from its treasury to other organizations trying to elect Trump, as long as those organizations are theoretically “independent” from the Trump campaign.

2. Next, Benton said, he would send the $2 million from his company to two 501(c)(4) nonprofit “social welfare” organizations.

At one time 501(c)(4)s were mostly nonpolitical civic groups like the Girl Scouts or volunteer fire departments. But the combination of Citizens United and an earlier Supreme Court decision made it possible for them to be used almost like Super PACs — with a wrinkle that actually makes them better for donors with something to hide. That wrinkle is that, unlike Super PACs, they are not required to disclose their contributors to the public. Benton used this as a selling point, telling The Telegraph’s reporters that “if you ever hear journalists wring their hands about ‘dark money’ in politics — they’re talking about 501(c)(4)s.”

The significance of this can be seen in The Intercept’s recent investigation of American Pacific International Capital, a California corporation that is owned by Chinese citizens and donated $1.3 million to Right to Rise USA, a Super PAC supporting Jeb Bush’s presidential run. If APIC had had the foresight to contribute to Right to Rise Policy Solutions, a 501(c)(4) affiliated with Right to Rise USA, The Intercept would never have discovered APIC’s donation.

It is true that 501(c)(4)s are required to disclose their donors to the Internal Revenue Service. But Benton did not seem at all worried that the IRS would trace the $2 million back its source — and rightfully so, because it’s almost impossible to imagine the deeply intimidated agency ever investigating a contribution.

3. Lastly, according to Benton, the 501(c)(4)s would pass some or all of the money along to the Great America Super PAC.

This of course could not have happened pre-Citizens United, since the ruling is what made Super PACs possible. But post-Citizens United, it would, as Benton put it, “definitely allow us to spend two million more dollars on digital and television advertising for Trump.”

In Benton’s scheme, Great America would have been required to publicly disclose the 501(c)(4)s as donors — but it would have been nearly impossible for anyone to trace the money back to its ultimate source in China.

It’s true that, even post-Citizens United, Benton’s proposed actions all would appear to be brazenly illegal. The difference now is they can be easily executed and almost certainly would escape detection.

Great America’s lawyer Dan Backer emphatically denied to The Telegraph that Super PAC co-chair Beach had asked Benton to act on his behalf, or that Beach had ever “solicited or accepted contributions from a foreign national or entity.” Instead, Backer said, Beach had in his contact with The Telegraph been discussing how “a U.S. company with a foreign parent company could potentially engage in legal political activity.”

Bizarrely enough, Backer is correct that — again, thanks to Citizens United — U.S. corporations that are 100 percent owned by foreigners can donate as much money as they want to Super PACs if they follow certain rules. This peculiar loophole was the subject of The Intercept’s APIC investigation.

In an interview, Backer stated that both he and Beach were aware of this loophole. He added that he had read the legal memo on the subject prepared by Right to Rise USA’s counsel when The Intercept subsequently obtained and published it.

However, Backer said, while the “memo is legally accurate, it is not something we would have gone in the direction of.” If Beach had brought him such a proposal, Backer emphasized, Great America would not have gone through with it.

For its part, the Trump campaign claimed last April that it didn’t want Great America’s support because “Mr. Trump is self funding his campaign and has disavowed all Super PACs.” Since then Trump has welcomed backing from several Super PACs.