Every society has people like Gaffney, but in healthy, functioning democracies they live quietly in their parents’ basements. 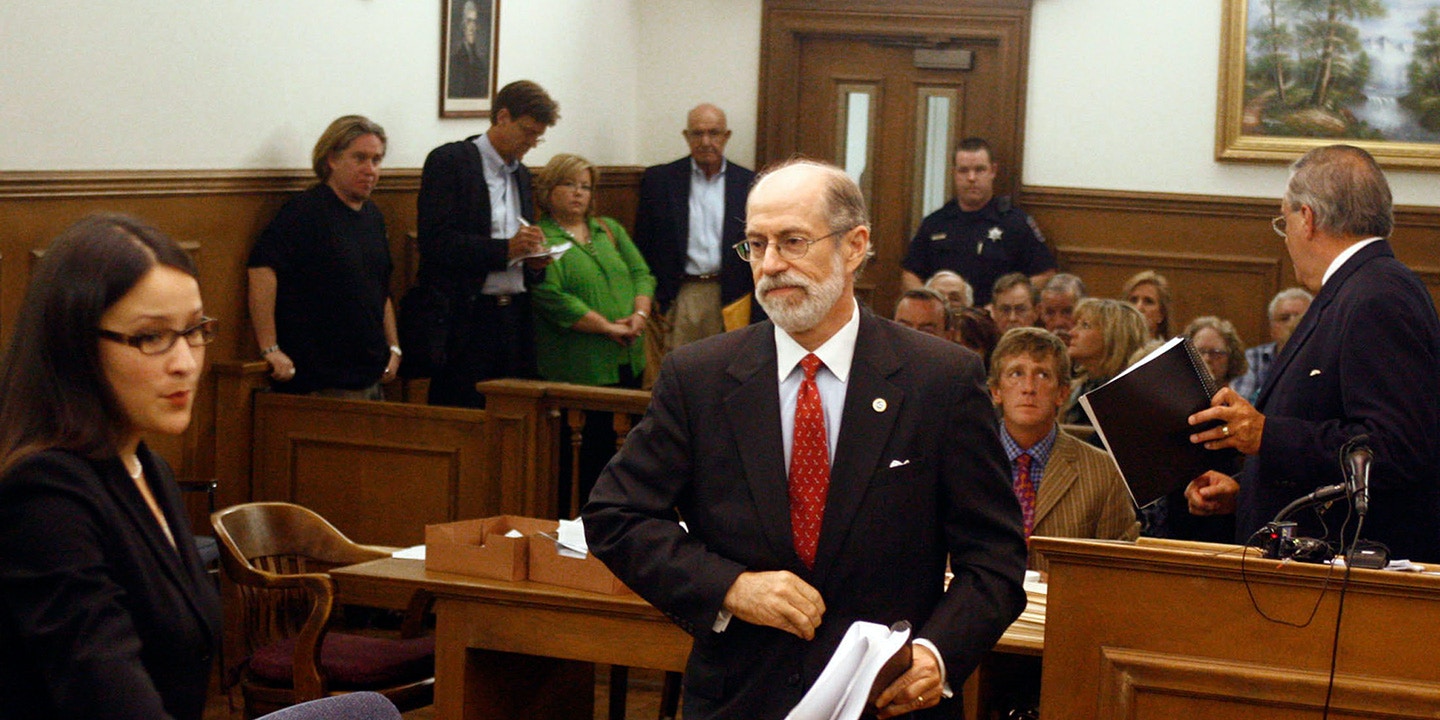 After the Wall Street Journal and New York Times both reported yesterday that Frank Gaffney, president of the Center for Security Policy, is advising the Trump transition team, Gaffney denied it this afternoon.

Gaffney told Politico that “I had not been contacted by anyone from the team,” adding “I look forward to helping the President-elect and the national security-minded team he is assembling in whatever way I can.”

Trump spokesman Jason Miller also denied that Gaffney was advising the transition team in any way in an appearance today on MSNBC. Politico pointed out that Miller did not respond directly to questions about whether Gaffney has recently met with Trump.

One question - after Trump aides insisted Ailes wasn't doing debate Lee and he was, how many more times will we do a version of this?

If Gaffney is a Trump advisor, it’s an extremely bad sign. Every society has people like Gaffney, but in healthy, functioning democracies they live quietly in their parents’ basements, free to play with action figures and construct intricate fantasy worlds without hurting anyone else.

Here are some highlights from Gaffney’s bizarre, hateful career, in chronological order. You will see a pattern emerging:

• Gaffney, now 63, was a deputy assistant secretary of defense during the Reagan administration until he was forced out. He then immediately founded the Center for Security Policy, funded by right-wing foundations and some defense corporations, to noisily oppose arms control agreements and agitate for more money for the Pentagon. For many years the “center” consisted mostly of Gaffney and his fax machine.

Board members and advisors of the Center for Security Policy would eventually include people like Charles Kupperman, vice president of space and strategic missiles sector at Boeing and Terry Elkes, former CEO and president of Viacom. The center gives out an annual award called “Keeper of the Flame”; its recipients have included Joe Lieberman and Donald Rumsfeld.

• Gaffney was predictably a vociferous supporter of the Iraq War. But for extra credit he adopted various loopy theories about Saddam Hussein being behind the 1993 World Trade Center attack and the 1995 Oklahoma City bombing.

• Defending the Iraq War in February 2007, Gaffney approvingly quoted Abraham Lincoln as declaring that “Congressmen who willfully take actions during wartime that damage morale and undermine the military are saboteurs and should be arrested, exiled, or hanged.” Lincoln never said this, although that didn’t stop Gaffney fan Rep. Don Young, R-Alaska, from repeating the imaginary quote on the floor of the House of Representatives.

• The same month Gaffney excitedly proclaimed that the CIA had found that “there was a hot production line for chemical and biological agents in Iraq, that there were plans to ramp it up when sanctions were lifted, which was imminent, and to place the products of those lines into aerosol cans and perfume sprayers for shipment to the United States and Europe. That’s documented fact!”

• In 2009, Gaffney suggested that Barack Obama was “still” a Muslim and by concealing this had “engaged in the most consequential bait-and-switch since Adolf Hitler duped Neville Chamberlain.” In this analogy, of course, Obama was playing the role of Hitler.

• In 2010, writing for Breitbart, Gaffney discovered that the logo of the Missile Defense Agency had been redesigned to be “a morphing of the Islamic crescent and star with the Obama campaign logo.” Gaffney’s article ended: “Watch this space as we identify and consider various, ominous and far more clear-cut acts of submission to Shariah by President Obama.”

• Gaffney was banned for several years from speaking at the popular right-wing Conservative Political Action Conference because he had begun claiming that it too had been infiltrated by the Muslim Brotherhood.

• In 2011, Gaffney claimed New Jersey Gov. Chris Christie had committed “misprision of treason” by appointing a Muslim lawyer to a state court.

• In 2013, Gaffney said that top Hillary Clinton aide Huma Abedin had “longstanding ties” to the Muslim Brotherhood and “was brilliantly placed to run Islamist influence operations.”

• Trump may now be considering Clare Lopez, vice president of the Center for Security Policy, as his deputy national security adviser. Lopez believes that “infiltration [of the U.S. government by the Muslim Brotherhood] is obviously very deep and very broad within the bureaucracy, not just the top level, but throughout the federal system, including the intelligence community.”

If you want more of the evidence Gaffney’s uncovered about the ways Islam has tainted our precious bodily fluids, it’s just a click away.

Top photo: Center for Security Policy President Frank J. Gaffney Jr. makes his way to the witness stand to testify about the threat of Shariah law during a motion hearing in Murfreesboro, Tennessee, on Sept. 27, 2010.