The Defense Department briefly seemed to endorse criticism of Kaepernick by Adm. Harry Harris, then thought better of it. 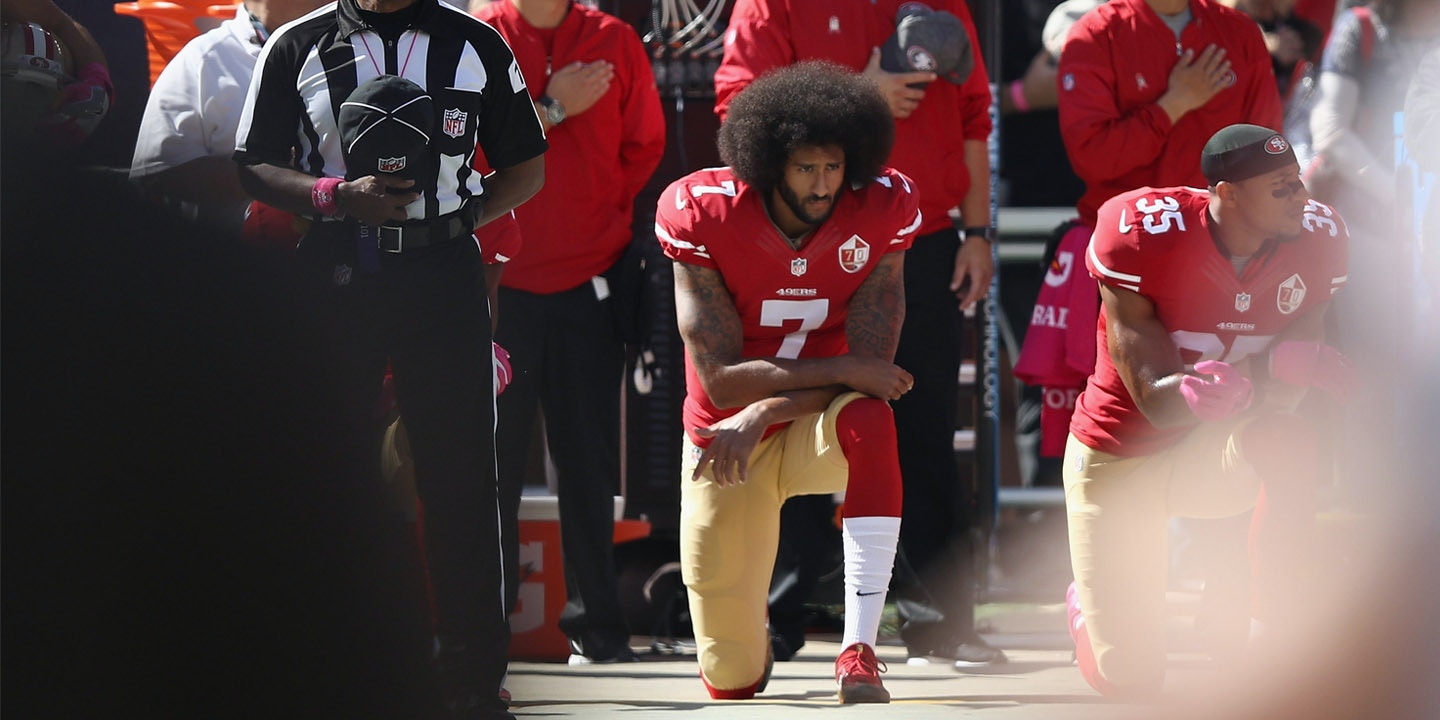 The head of the U.S. Pacific Command decided for some reason that Wednesday’s commemoration of the Japanese attack on Pearl Harbor 75 years ago was the right moment to take a swipe at San Francisco 49er quarterback Colin Kaepernick.

“You can bet that the men and women we honor today — and those who died that fateful morning 75 years ago — never took a knee and never failed to stand whenever they heard our national anthem being played,” Adm. Harry Harris asserted.

Kaepernick has famously been sitting or kneeling during the pre-game playing of the anthem since August because, he’s said, “I am not going to stand up to show pride in a flag for a country that oppresses black people and people of color.” (He is righter than you know.) At some point after that, the Defense Department deleted the tweet, although it still can be seen via archive.org.

A Pentagon spokesperson said it had been deleted because reaction to it “suggested that that tweet had been perceived by some as an official DoD endorsement of a position on a political or social issue. … Based on that we made the decision to take it down.” Pentagon guidelines forbid members of the military from taking actions which “imply or appear to imply DoD sponsorship, approval, or endorsement of a political candidate, campaign, or cause.”

Harris himself arguably violated a Pentagon directive that states that “A member of the Armed Forces on active duty may … register to vote, and express a personal opinion on political candidates and issues, but not as a representative of the Armed Forces [emphasis added].” Harris, of course, spoke in uniform — at a military event.

Beyond the mini-drama of the Defense Department’s twitter account, Harris obviously has no way of knowing that everyone in the Navy who was at Pearl Harbor consistently leapt to their feet for the rest of their lives at the playing of the Star Spangled Banner.

American veterans are much like American nonveterans, and while polls show a majority of Americans disagree with Kaepernick’s actions, almost 30 percent do agree.

Moreover, only one in five African-Americans disagree with what Kaepernick has done, while 64 percent support him. This is significant because there were many African-American sailors at Pearl Harbor — and as a matter of 1941 military policy they were consigned to the Navy’s lowliest roles. Clark Simmons, a mess attendant on the U.S.S. Utah during the attack, later remembered that “The Navy was so structured that if you were black, this was what they had you do in the Navy — you only could be a servant.”

Similarly, Nelson Mitchell, probably the last surviving African American sailor from Pearl Harbor, described his experience in the Navy like this in 2010: “We couldn’t be a gunner’s mate, couldn’t be a machinist’s mate, couldn’t be a boson’s mate. We was restricted to one branch, and that was the officers. We cooked for ’em, laid out their clothes, and shined their shoes, and give ’em their coffee and food and anything that they needed for their comfort. That’s what we do.”