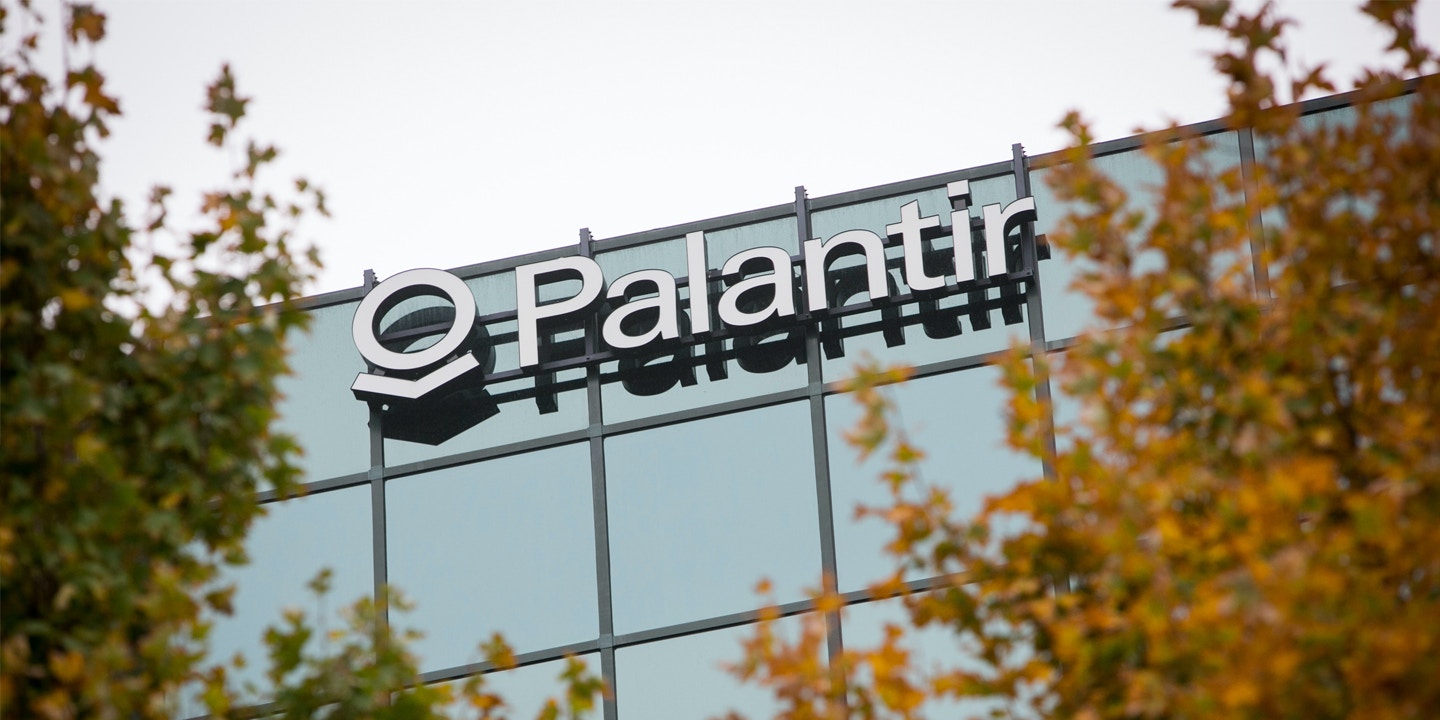 Palantir Technologies, the data-mining company co-founded by billionaire and Trump transition adviser Peter Thiel, will likely assist the Trump administration in its efforts to track and collect intelligence on immigrants, according to a review of public records by The Intercept. Since 2011, the Immigration and Customs Enforcement agency’s Office of Homeland Security Investigations has paid Palantir tens of millions of dollars to help construct and operate a complex intelligence system called FALCON, which allows ICE to store, search, and analyze troves of data that include family relationships, employment information, immigration history, criminal records, and home and work addresses.

In a separate multimillion-dollar contract signed in 2014, Thiel’s $20 billion company is building a complex case management system for ICE’s HSI, which processes tens of thousands of civil and criminal cases each year.

Working closely with a president-elect who has pledged to dramatically expand ICE, Thiel’s varied connections to the immigration agency place him in a position to potentially benefit financially from a deportation campaign that carries highly personal stakes for millions of Americans. Peter Thiel delivers a speech during the evening session on the fourth day of the Republican National Convention on July 21, 2016, at the Quicken Loans Arena in Cleveland, Ohio.

Since Thiel joined Trump’s transition team last month, Palantir’s wide-ranging contracts with federal agencies — that include the Department of Homeland Security, the Defense Department, and the Central Intelligence Agency — have raised eyebrows of ethics watchdogs. In recent years, the federal government has reportedly paid Palantir some $340 million in contracts. Concerns over Thiel’s potential conflicts deepened last week when it was reported that he would not confirm whether or not he had signed standard paperwork barring him from participating in Trump transition matters that might conflict with his private interests.

“Given the broad scope of Palantir’s business with the federal government and Mr. Thiel’s investments, it seems to me that he should step away from a pretty broad set of transition issues,” Norman Eisen, a former U.S. ambassador to the Czech Republic who served as chief ethics lawyer to the Obama administration during its first two years, told The Intercept.

Eisen pointed to Palantir’s contracts with ICE as an example. “Whenever anything touching on that agency is at issue, he should step out of the room and he should not be copied on emails about it,” said Eisen. “The information he learns about that agency could be immediately useful to him in his Palantir duties.”

Aside from an assortment of federal budgeting and oversight reports, Palantir’s FALCON system has received little public scrutiny. The system is meant for use by ICE’s office of Homeland Security Investigations, which is separate from ICE’s deportation-focused division known as the Enforcement and Removal Operations. HSI is generally tasked with pursuing more serious cross-border crimes including terrorism-related cases and human trafficking, but the office has openly acknowledged routinely sharing information about deportable noncitizens with ERO. HSI has also led some of ICE’s most high-profile and controversial immigration raids — operations of the sort that some activists fear might proliferate under Trump.

In 2011, in an effort to radically overhaul its “pre-existing, non-optimal” system of data storage and analysis, ICE launched FALCON, according to a funding document. ICE turned to Palantir to implement the system, which would combine various streams of intelligence — including from law enforcement agencies outside ICE — into one tool. Palantir was even asked to design an iPhone app to allow ICE agents to query FALCON while working in the field. Public records show that in May of this year ICE signed a two-year agreement with Palantir for “operation and maintenance” of the FALCON system.

In addition to containing information on family relationships and immigration history, the records FALCON collects can also include photographs of subjects, employment information, educational background, and “geospatial data.” An analytics subset of the program, according to the Department of Homeland Security, allows HSI agents to create data visualizations “to identify trends, develop investigative leads, discover connections among investigations and targets, and enhance the overall investigative and analytic process.”

In response to a list of questions from The Intercept, ICE declined to provide the names of the other law enforcement agencies that share intelligence collected and analyzed within the FALCON system. The agency said that information stored in FALCON is considered “law enforcement sensitive and is only shared with authorized individuals with a specific need to access the data.” In a report published in October, the Department of Homeland Security makes clear that FALCON’s intelligence can be used to pursue a broad range of criminal and civil laws that ICE enforces.

Restrictions on this type of data sharing within the executive branch are often not governed by hard, legal regulations, according to Anil Kalhan, a professor at Drexel University’s Thomas R. Kline School of Law.

“Legislation after 9/11 authorized and encouraged information sharing within the executive branch,” said Kalhan “There is general authorization, and the scope and limits and constraints upon that authorization have not really been spelled out.”

Even if FALCON’s intelligence were to reside squarely within HSI, that office has spearheaded operations that represent one reported front in Trump’s planned deportation push.

Last month, it was reported that Trump and his advisers are drafting plans to launch a campaign of workplace raids across the country to find undocumented immigrants. With a mandate to enforce laws relating to unauthorized employment, HSI has been identified as the primary component within ICE that conducts such job-site raids. This past October, after a lengthy investigation, HSI agents raided several Mexican restaurants in Buffalo, New York, arresting more than a dozen workers, some of whom were charged with criminal counts of “illegal re-entry,” raising an outcry from immigrant advocates. In 2013, after an HSI raid on carwashes in Phoenix, more than two dozen immigrants were reportedly sent to Enforcement and Removal Operations officers for possible deportation.

ICE can conduct such raids even in so-called sanctuary cities that have refused to allow local law enforcement to cooperate with ICE in finding and removing undocumented immigrants.

ICE’s HSI has also been linked to ERO in its efforts to track noncitizens believed to be affiliated with cross-border gangs in operations that draw upon gang-membership databases. Critics argue the databases have proven unreliable and run the risk of pulling innocent people into the country’s deportation proceedings. (Kalhan believes that the incoming administration’s strongest tools of mass deportation would be its leveraging of relationships with local law enforcement agencies in efforts like ICE’s Secure Communities program.)

As a part of maintaining FALCON, Palantir has helped to build ICE’s tip line, which allows the general public to report violations of law, according to a funding document. With a significant uptick in anti-immigrant sentiment across the country coinciding with Trump’s victory, the tip line could begin processing a higher volume of calls. Last week, the Texas Observer reported that anti-immigrant activists had seized upon the tip line as a tool, distributing fliers around Texas State University encouraging people to call the number to report undocumented immigrants. “We are entering an era of law and order in this country,” the flier stated. “Do your part to make such a change for the good!”

Palantir, which is backed by the CIA’s venture capital arm, did not respond to a request for comment regarding its ICE contracts and concerns over potential conflicts of interest. Peter Thiel spokesperson Jeremiah Hall declined to comment on a list of emailed queries, including a question asking whether Thiel has yet signed the Trump transition ethics agreement.

In response to questions from The Intercept, a spokesperson for ICE confirmed Palantir’s current work with the agency. “The current contract options with Palantir will run through November 2018,” agency spokesperson Danielle Bennett said in an email. Bennett, however, declined to comment on ICE’s work with Palantir under the Trump administration, stating: “We cannot speculate on future renewals.”

This post has been updated to include a response from ICE that was received after publication. In addition, ICE revealed that the value of its contract with Palantir is $34,650,000.