Bolton organized the firing of the head of the Organization for the Prohibition of Chemical Weapons — so it couldn’t prove a big chunk of the case for war was wrong. 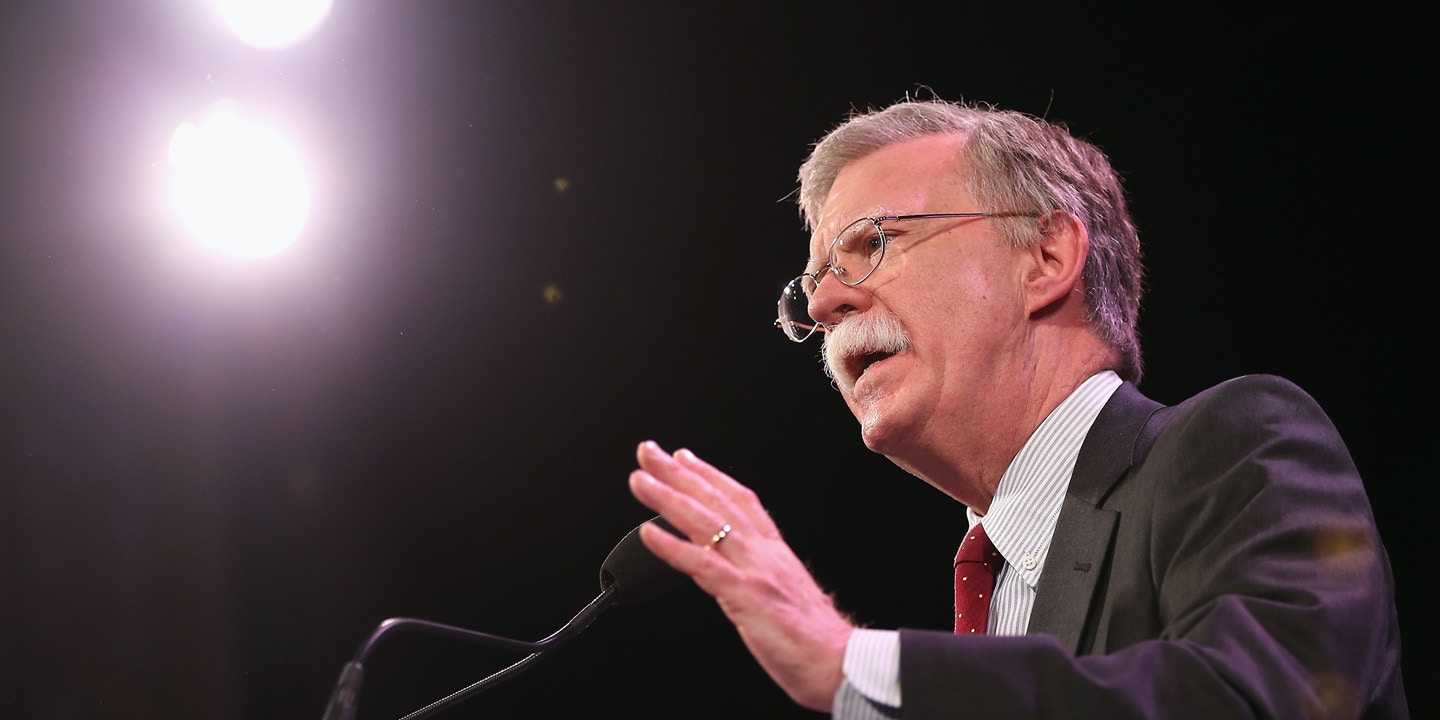 Donald Trump’s reaction to news that some U.S. intelligence agencies believe Russia intervened in the 2016 presidential election on his behalf was to fire back: “These are the same people that said Saddam Hussein had weapons of mass destruction.”

He might have had a point — were it not for the fact that he was being so obviously and ludicrously insincere. Case in point: Trump is said to be on the brink of appointing John Bolton as deputy secretary of state. He is arguably the man most responsible for hiding the truth about Iraq’s nonexistent WMDs.

The Bush administration, with Bolton as undersecretary of state for arms control, arrived in Washington, D.C., in 2001 with the goal of invading Iraq. They weren’t motivated by whatever WMDs Iraq might or might not have, but, as a senior administration official later explained, by the simple and highly galling fact of Saddam Hussein’s “defiance” of the U.S.

When the September 11 terrorist attacks gave them the opportunity, the administration’s conservative wing, including Bolton, had no interest in sending inspectors to Iraq to see if Hussein had WMD. They wanted to simply use WMD as “justification you can jump on” to invade — without bothering to check whether Iraq actually had anything. (It was only in the fall of 2002 that Colin Powell and Tony Blair prevailed upon Bush to go to the United Nations and go through the motions of inspections.)

However, Bolton and company faced an immediate obstacle: the Organization for the Prohibition of Chemical Weapons and its Brazilian diplomat leader José Bustani.

The OPCW had been formed in 1997, and is headquartered at the Hague in the Netherlands. It exists to administer a 1993 arms control treaty prohibiting the manufacture and use of chemical weapons.

Iraq had informed the OPCW in late 2001 that it wanted to sign the treaty. This would require Iraq to provide the organization with a list of any chemical weapons stockpiles it possessed — and submit to intrusive OPCW inspections.

This set off loud alarm bells in the Bush administration, since inspections could not just delay their desired war, but undermine the case for it in the first place. As Bustani put it years later, his willingness to consider inspecting Iraq “caused an uproar in Washington,” and it quickly “became evident that the Americans were serious about getting rid of me.”

According to Bustani, “Everybody knew there weren’t any [banned chemical weapons]. An inspection would make it obvious there were no weapons to destroy. This would completely nullify the decision to invade.”

The U.S. was not about to let this happen. Bolton took the lead in ousting Bustani and replacing him with someone more pliable. After the Bush administration failed to win a March 2002 no-confidence vote from OPCW’s executive committee, it threatened to cut off its funding of the OPCW, which accounted for 22 percent of its budget.

This got everyone’s attention. The next month, with Bolton in the Netherlands to supervise, the OPCW voted to fire Bustani with 48 countries voting yes, seven voting no, and 43 abstaining. A European diplomat commented at the time that “I think a lot of people swallowed this because they thought it was better for Bustani to be removed than have the U.S. pull out and see the organization collapse.”

Bustani could not immediately be reached for comment. In response to an interview request sent to his assistant, Bolton told her to pass along the message: “no comment — he can read my book!”

Bolton’s 2008 memoir, “Surrender Is Not an Option: Defending America at the United Nations,” states that Bustani was “a management disaster, whose performance called into question the OPCW’s credibility and indeed the [Chemical Weapons Convention] itself. State’s arms controllers complained repeatedly about Bustani’s incompetence.” Bolton’s book does not provide any details about Bustani’s purported poor performance and incompetence.

While Bolton’s wing of the administration won that round, they were unable to prevent later inspections of Iraq under the auspices of the U.N. Those inspectors then failed to find anything — since Iraq did not actually possess any banned weapons — and the U.S. and its allies went ahead and invaded anyway in March 2003.

Bolton went on to make the bogus case for war in other ways, pushing some of the administration’s key WMD lies. In 2005, he became Bush’s ambassador to the U.N., though it took a recess appointment to do it. Bustani became Brazil’s ambassador to France, and the OPCW won the Nobel Peace Prize in 2013.

If Bolton becomes part of the Trump administration, he’ll be an extremely loud voice for war with Iran. In November, he said that overthrowing Iran’s government is the “only long-term solution” to the country’s supposed threat to the U.S., and he subsequently added that he hoped Trump would “move very quickly in the early days of his presidency to abrogate” the Iran nuclear deal.