As a political force, kids are no match for Exxon Mobil, one of the world’s biggest chemical companies, and they’ll suffer for the lack of clout. 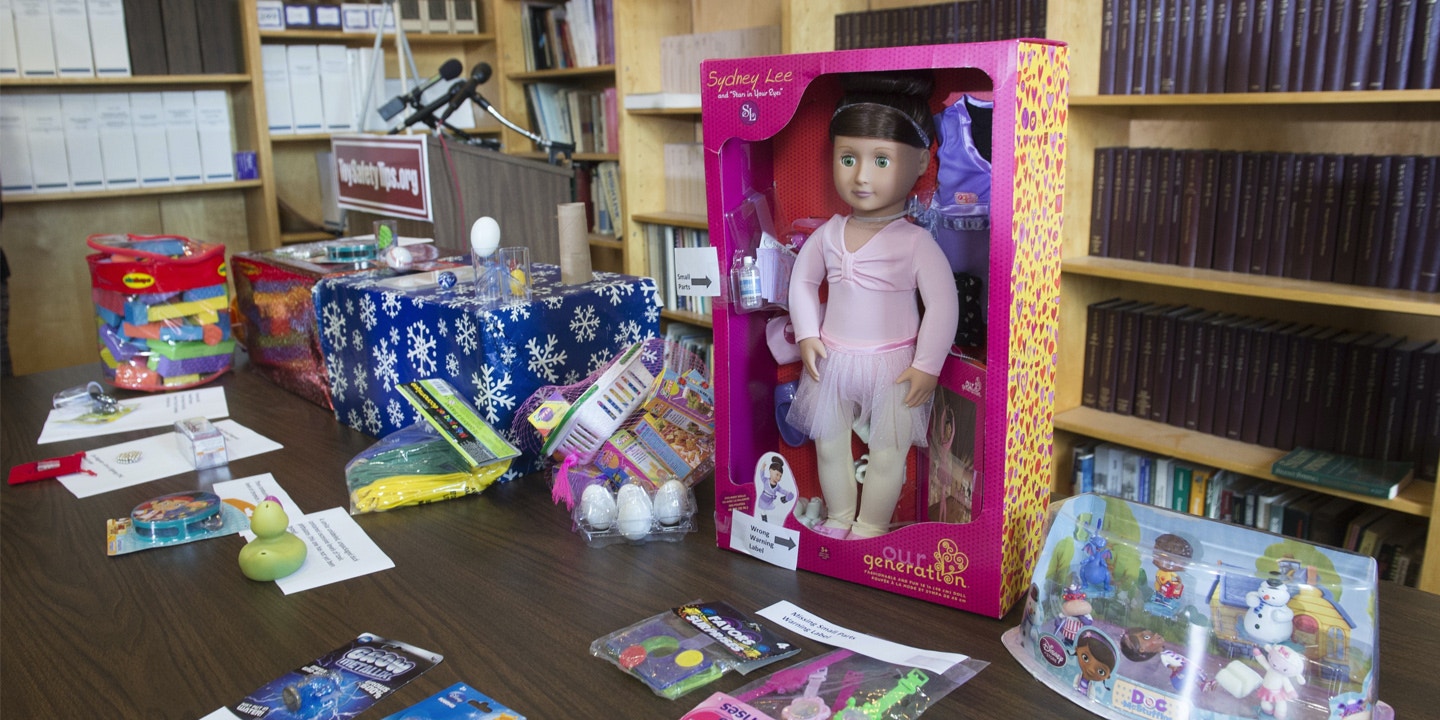 Most of us know Exxon Mobil Corp. as an energy giant, which makes sense given that it is the world’s largest publicly held oil and gas company. Rex Tillerson, the company’s CEO, has spent his entire professional life prioritizing Exxon Mobil’s corporate interests over human rights, the environment, and the diplomatic interests of the U.S., all of which has prompted many journalists and commentators to point out that his appointment as secretary of state is not just a terrible idea but a joke seemingly ripped from the pages of a Marxist comic book.

What’s less well known is that Exxon Mobil is also one of the world’s biggest chemical companies, and that its chemical interests also sometimes run counter to those of people in the U.S. and beyond. Petrochemicals accounted for more than a quarter of Exxon Mobil’s $16 billion in net profits last year and wound up in wide range of consumer products such as plastics, tires, batteries, detergents, adhesives, synthetic fibers, and household detergents.

Among Exxon Mobil’s chemical products are phthalates, a family of chemicals widely used to make plastic pliable. Phthalates are in everything from food containers and plastic wrap to rattles, pacifiers, bottle nipples, and teething toys for babies. More than 75 percent of Americans have at least five of the chemicals in their body, according to a 2000 study by the Centers for Disease Control and Prevention.

Exxon Mobil insists its products pose no harm. In response to inquiries for this story, the company emailed a statement to The Intercept saying that “Exxon Mobil phthalates have been thoroughly tested, and evaluations by multiple government agencies in the U.S., EU, and Australia show they are safe in their current applications.” (The email also included a link to the company’s webpage on the health and environmental impacts of phthalates.) But numerous independent studies have linked the chemicals to health problems, including cancer, neurodevelopmental effects, endocrine disruption, and adverse harm to the male reproductive system.

Given the risks, Congress permanently banned several phthalates in 2008, temporarily banned a few others, and directed the Consumer Products Safety Commission (CPSC) to study whether several other phthalates should also be removed from kids’ products. The law required the CPSC to act within 180 days of its final decision.

An expert committee appointed by the CPSC came out with its final report on phthalates in 2014. After years of meetings, public comments, and peer review, the panel of scientists decided that eight phthalates should be banned from use in children’s toys. The report cited studies showing that babies who were exposed to higher levels of some phthalates in utero tended to have smaller “anogenital distances” and other reproductive tract problems, effects that were also seen in animals exposed to phthalates.

Despite the clear directive of the scientific experts and the Congress-mandated timeframe, the CPSC has yet to finalize its ban. During the almost two years since the deadline passed, Exxon Mobil has been working hard to slow and reverse the commission’s decision, drafting at least one legislative rider designed to keep some of their phthalates on the market and submitting lengthy comments and objections to the ban.

“Exxon has been sending letters, having meetings, they’re just constantly in CPSC’s face in a way designed to suggest that, if you go the wrong way on this, we’re going to sue you,” said Eve Gartner, an attorney with Earthjustice. Gartner and a few other environmental advocates try to attend these meetings whenever possible, but they describe being outgunned by the big company’s lobbying efforts.

As a political force, kids are no match for one of the world’s biggest chemical companies, and they’ll suffer for the lack of clout. While the CPSC fails to finalize its own rule, more and more kids are exposed to phthalates. The inaction “speaks to the power of Exxon to frighten federal agencies away from doing their jobs,” as Earthjustice’s Gartner put it. And that was before the company’s CEO had a top government job.

Top photo: Examples of unsafe toys are shown during a press conference at the U.S. Public Interest Group as they release the 29th annual Trouble in Toyland report about dangerous or toxic toys in Washington, D.C., on Dec. 1, 2014.