Why hasn’t the public seen outtakes from The Apprentice? Maybe because contract employees for reality TV are scared of reprisals. 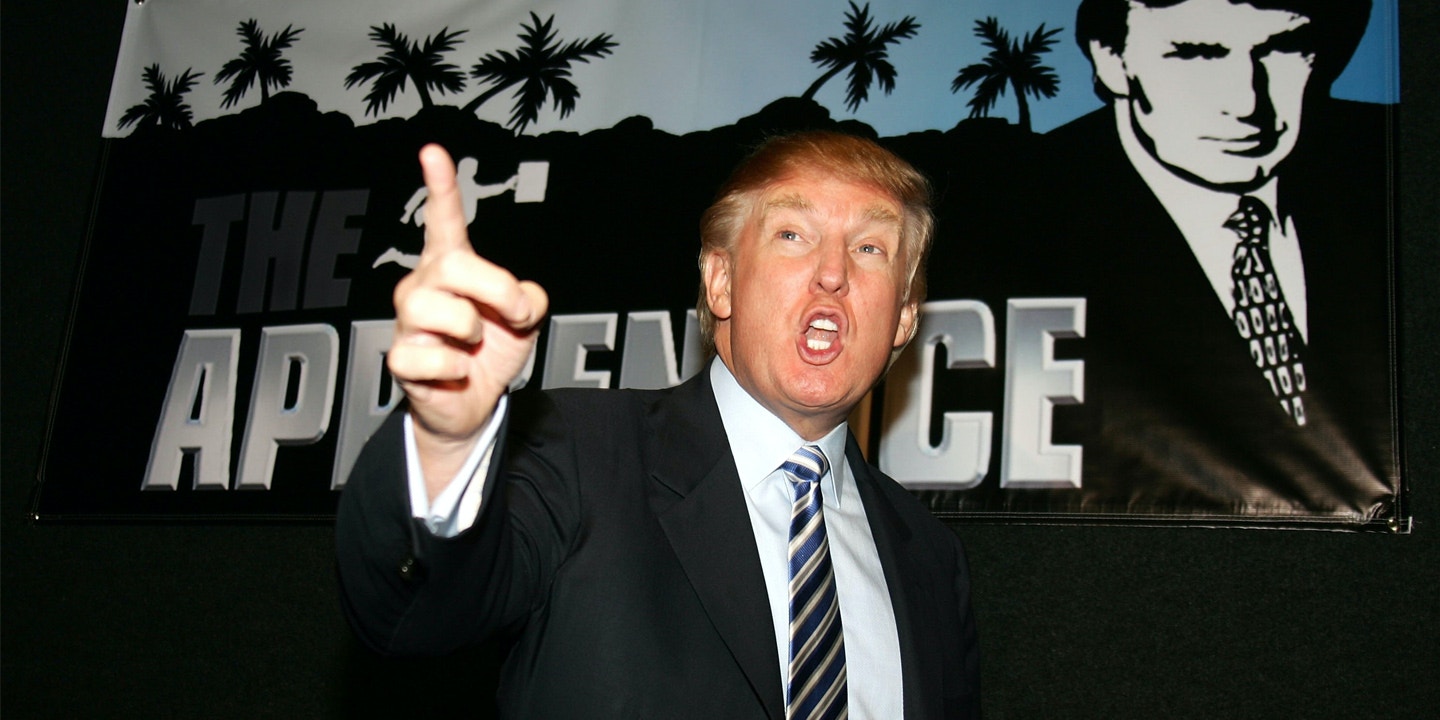 After the infamous “grab her by the pussy” Access Hollywood tape, many expected footage of Donald Trump’s hundreds of hours in “The Apprentice” boardroom to yield something just as incendiary. But outtakes from the show were never leaked. One of the plausible reasons why this footage hasn’t seen the light of day is that, simply put, many of the employees with access to the footage feared the end of their careers.

It’s a concern that highlights the dangers of working in an industry without job security or union representation.

On a Seattle radio show this week, comedian Tom Arnold claimed the existence of an old edited video of Trump “saying every dirty, offensive, racist thing ever.” Explaining why “The Apprentice” staffers who made the reel never tried to release it, Arnold said, “They were scared to death. They were scared of (Trump’s) people. They’re scared they’ll never work again.”

Similarly, a Vanity Fair article breaking down the yearlong effort by the media and the Clinton campaign to obtain “Apprentice” tapes claimed employees “feared reprisals, or simply worried that blowing a whistle would prevent them from getting jobs on the sets of other reality programs.” One industry employee told the magazine, “They are all terrified of being sued. … Most of these people are freelancers, and there is no one that is going to protect them.”

Unscripted television blossomed in part as a union-busting device. During and after the 1988 television writers’ strike, networks developed shows like Cops and Unsolved Mysteries to maintain programming in the event of another walkout. These shows were cheaper to produce because of the lack of union contracts (particularly because they didn’t have to pay out residuals after the fact). Producer Mark Burnett, left, entrepreneur Donald Trump, and wife Melania Trump attend the after party for the season five finale of “The Apprentice” at the California Market Center on June 5, 2006, in Los Angeles.

The rise of reality TV arguably prevented a 2001 writers walkout, and though a 2007 strike ended with the Writers Guild winning a decent contract, they did not organize reality shows to boost their bargaining power. This is beginning to change — editors on Burnett’s “Survivor” actually have a union contract — but the vast majority of the industry remains nonunion. And nearly half of all programming on broadcasting and cable is unscripted, moving Hollywood away from its labor roots.

Those producers, editors, and writers who transform thousands of hours of footage into something coherent, if not watchable, are typically contract employees who move from job to job, none lasting more than a few months (this makes union organizing extremely difficult). Independent production companies create and sell the shows to the networks, and their profits increase with how much they can exploit their workers. Freelancers get no health care or pension benefits, vacation or sick days, and often no overtime, amid hazardous field conditions. Time sheet falsification and wage theft run rampant.

Perhaps most important, your future career depends on good working relationships with production companies and supervisors. If Mark Burnett threatens to prevent you from working again if you cross him, that’s a credible threat, since employees find their next jobs through recommendations and repeat business. Even though staffers could have leaked material anonymously, the risk of ending their careers loomed larger, because nobody in the industry is looking out for the individual worker, who competes with hundreds of others to land a gig. Blackballing in such an environment is simple.

Unions can protect workers from blackballing threats by raising grievances. They can ensure the fairness of contracts like confidentiality agreements. They can police industries on behalf of workers. Their absence pushes all the power to producers like Burnett, which can collude on wages and threaten workers to bring them to heel.

The lack of bargaining power for nonunion contract workers has become a hallmark of the U.S. economy. New research from Harvard’s Lawrence Katz and Princeton’s Alan Krueger finds that 94 percent of the 10 million jobs created in the Obama era were temporary, part-time, or “gig economy” positions. This hands tremendous power to employers to dictate terms of employment, and to even break the law, without pushback. And blackballing threats are perhaps the quintessential example.

Threats that “you’ll never work in this town again” should not have been an impediment to anonymous leaking of material on Trump that someone may have considered in the public interest. The fact that it was, that people didn’t think their identities would remain hidden and that their career would end, speaks to the climate of fear that grips the unscripted TV industry. And it increasingly characterizes the U.S. workforce, where the boss has disproportionate power and control.