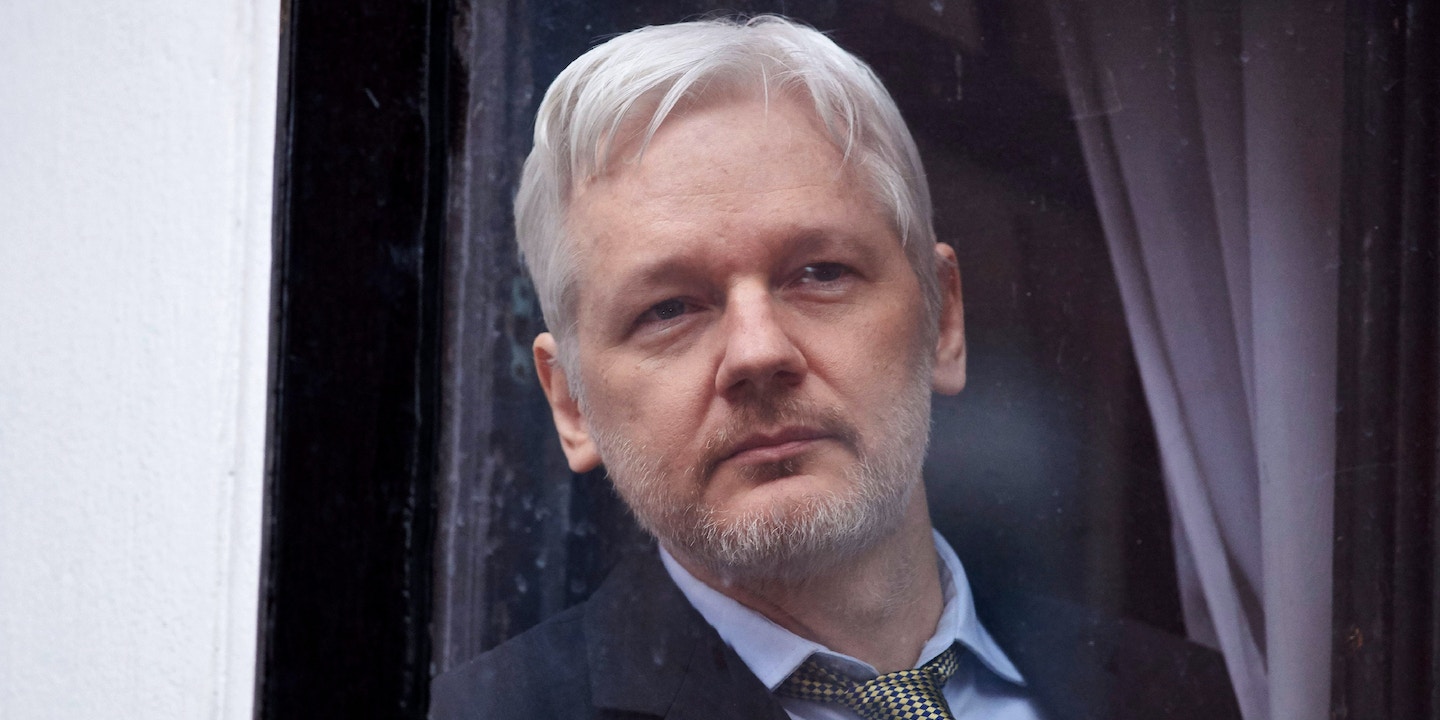 Just five days prior, Assange offered to face criminal charges in the United States if Manning — who provided WikiLeaks with hundreds of thousands of documents exposing secrets about the Iraq War — went free.

“If Obama grants Manning clemency Assange will agree to US extradition despite clear unconstitutionality of DoJ case,” the official Wikileaks account tweeted on January 12.

Melinda Taylor, one of Assange’s attorneys, told the AP on Tuesday that he is “standing by” his promises. Assange confirmed through the official Wikileaks Twitter account he is “happy to come to the US provided all his rights are guaranteed,” on Wednesday.

It’s unclear whether the U.S. Department of Justice has even charged Assange with a crime, let alone demanded Assange’s extradition. There is, however, an outstanding warrant for his arrest in Sweden, where he faces allegations of sexual assault.

British police have vowed to arrest Assange if he steps foot outside Ecuador’s embassy in London, where he fled over four years ago, and has remained ever since.

Taylor, who is based in the Netherlands, noted on Twitter that the U.S. has “consistently affirmed its ongoing national security prosecution” against her client without saying whether he faces extradition.

Assange’s legal representative in the U.S., Barry Pollock, told The Intercept he is still working to clarify the WikiLeaks founder’s legal status by asking the DOJ to respond officially. “I hope it will soon,” he wrote in an email. “Mr. Assange welcomes President Obama’s decision to commute Chelsea Manning’s sentence. … Likewise, publishers of truthful information serve the public interest, promote democracy, and should not be prosecuted.”

In response to questions from The Intercept about charges against Assange, Department of Justice National Security Spokesperson Marc Raimondi declined to comment, but pointed to public statements made by former Attorney General Eric Holder in 2010. Holder has said the DOJ launched an “active, ongoing criminal investigation” on December 29, 2010, which the Eastern District of Virginia U.S. attorney’s office maintained was still ongoing in March of 2013.

The Electronic Privacy Information Center has been fighting the Justice Department to release files relating to its surveillance of Wikileaks supporters in an ongoing Freedom of Information Act lawsuit. While the legal advocacy organization hasn’t secured any new documents, the FBI said an investigation was still ongoing as recently as March of 2015.

Michael Ratner, Assange’s former attorney, who is now deceased, told the Huffington Post in June 2013 it was “more likely than not” that the Department of Justice had prepared a secret indictment.

“U.S. officials in the Bradley Manning pre-trial proceedings admitted that the target of the DOJ grand jury is seven civilians, including the founders and managers of WikiLeaks,” Assange told the Huffington Post.

However, not everyone is so sure. “It’s very unlikely he’s under indictment,” Matthew Miller, a former Department of Justice spokesperson told The Intercept during a phone interview. Miller, currently a partner at Vianovo, a strategic advisory firm, was a spokesperson for Eric Holder during the time of the Manning prosecution and Assange investigation.

“There’s a reading of the Espionage Act that might lend itself to supporting that type of charge — possessing classified information. But that would be such an aggressive interpretation of the law that could set all kinds of terrible precedents, like on what the media can do,” he said. “It would likely be held unconstitutional as a clear violation of the First Amendment.”

Miller said the only way he could imagine a charge sticking would be if Assange had helped Manning take the documents. There’s no public evidence that’s the case; Manning has always said she downloaded everything herself and transferred it all to Assange later.

Instead, Miller said he feels Assange is using the United States as a “bogeyman” — or as an excuse to avoid facing sexual assault charges in Sweden. His case is more sympathetic if he is in danger of a criminal charge in the U.S. for publishing classified documents, as many other media outlets have also done. “He should go face the prosecutors” in Sweden, Miller said.

Assange insists he’s fighting back against the Obama administration’s poor record on whistleblower protection. “Journalists, publishers, and their sources serve the public interest and promote democracy by distributing authentic information on key matters such as human rights abuses, and illegal acts by government officials,” Assange wrote in a statement. “In order for democracy and law of rule to thrive, the Government should immediately end its war on whistleblowers and publishers, such as Wikileaks and myself.”

Top photo: WikiLeaks founder Julian Assange is seen through a window at the Ecuadorian embassy in central London on Feb. 5, 2016.