“All agency personnel must preserve any document that contains information that is potentially relevant to OIG’s investigation.” 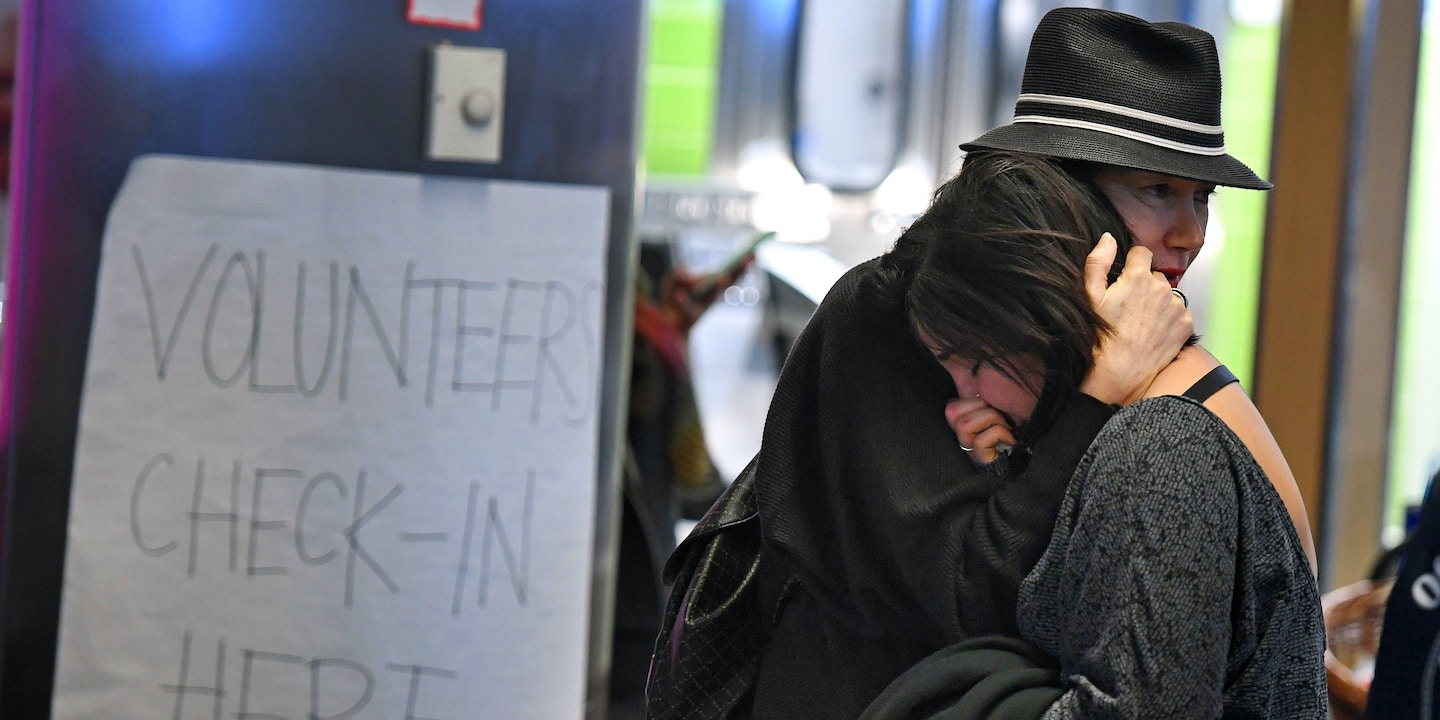 Following a request from Congress, the Office of the Inspector General of the Department of Homeland Security has directed personnel to preserve all documents related to the implementation of President Donald Trump’s executive order barring travelers from seven Muslim-majority countries last weekend as part of an internal investigation into the order’s chaotic rollout, according to an internal document obtained by The Intercept.

In an agency-wide directive sent to DHS staff early Wednesday afternoon, the IG’s office wrote, “All agency personnel must preserve any document that contains information that is potentially relevant to OIG’s investigation, or that might reasonably lead to the discovery of relevant information relating to the implementation of this Executive Order. For the duration of this hold, any relevant information that is within your possession or control must be preserved in the exact form as it currently exists.”

The department’s IG office did not immediately respond to a request for comment on the investigation.

The launch of the probe, headed by DHS Inspector General John Roth, follows calls from Illinois Sens. Tammy Duckworth and Dick Durbin earlier this week for a “comprehensive investigation” into the “chaotic execution” of the administration’s order, which separated families around the world and led to mass protests at multiple U.S. airports.

In a letter sent to Roth on Sunday, the lawmakers asked the IG’s office to investigate a number of issues related to the rollout of the order, including what guidance DHS and Customs and Border Protection personnel provided to the White House in developing the order and what directions were provided to CBP officers in implementing it.

The lawmakers also asked the IG to investigate whether CBP officers complied with subsequent court orders, and whether DHS and CBP officers kept a list of individuals that they detained at ports of entry.

Despite a Saturday night federal court order blocking all ban-related removals, and a series of subsequent legal challenges in a number of states, including one in Virginia mandating that lawyers be granted access to individuals arriving from affected countries, reports of noncompliance with the orders continued to spread in the following days.

Over the weekend, The Intercept reported on an Iranian citizen at Los Angeles International Airport forced by CBP officials to board a flight to Copenhagen, despite the nationwide stay. In New York, another Iranian woman was forced onto a flight to Ukraine despite the judge’s order. In a phone call with reporters Sunday, Becca Heller, director of the International Refugee Assistance Project, said “high-level intervention” was required to prevent the woman from being deported.

“They literally turned the plane around while it was taxiing on the tarmac and allowed her to leave,” Heller said.

On Sunday, DHS said in a statement that the department would continue to implement the executive order while also complying with court orders.

“We continue to face [CBP]’s noncompliance and chaos frankly at every airport across the country,” Marielena Hincapie, executive director of the National Immigration Law Center, told reporters on Sunday. “The last 48 hours have been really full of chaos, the sense of the federal government completely deciding to not comply with the Constitution and on top of that, to not provide guidance to its field with respect to arriving immigrants and refugees.”

“We are grappling with their all-out rejection — on the one hand saying that they started to comply but on the ground seeing something very, very different,” she added. “The truth is that DHS’s messaging since this nationwide order continues to instill fear in communities and arriving immigrants and refugees.”

The ban was implemented inconsistently in airports across the country — with lawyers and Congress members unable to get answers from immigration officers on the ground.

“Every time we talked to [CBP] about one of these instances, they just told us they were awaiting a call from D.C. and finally stopped talking to us altogether and told us to call President Trump,” said Heller.

“It’s really clear that there’s really no method to this madness and that the fate of all these people is sort of up to the whim of how bold is the [CBP] port director for that airport willing to be,” she said. “Or it begs the question, are there directives coming from D.C. to target certain airports but not others?” The nation’s top homeland security and immigration officials defended the execution of Trump’s order in a press conference Tuesday, with DHS Secretary John Kelly saying that Trump’s executive order was “not a ban on Muslims,” adding that “religious liberty is one of our most fundamental and treasured values.”

White House press secretary Sean Spicer also denied that the executive order constituted a ban on Muslims in the United States, also describing it yesterday as “a vetting system to keep America safe.”

Over time Trump’s public position on the issue shifted between “extreme vetting” and an “expansion” of the initial policy.

But former New York City Mayor Rudy Giuliani, a senior adviser to Trump, said in an interview on Fox News last week that Trump had asked him for advice on how to legally impose a Muslim ban. “I’ll tell you the whole history of it: When he first announced it, he said ‘Muslim ban,’” Giuliani told Fox News. “He called me up, he said, ‘Put a commission together, show me the right way to do it legally.’”

Trump’s chief of staff, Reince Priebus, said last Sunday that the executive order could soon expand to include more countries than the seven currently listed.

Rank and file employees at DHS, who for days have described an atmosphere of chaos and frustration at the agency, learned of the probe with some surprise, according to an official who spoke to The Intercept on condition of anonymity. “I think the OIG probe will demonstrate that there was a real sense of confusion over the weekend at DHS,” the official said. “I don’t think it will demonstrate any attempt to circumvent the circuit court rulings. There were, of course, numerous instances of individuals, including legal permanent residents being removed after the stay. But any orders to do this would have been given verbally either in person or over telephone. It is highly unlikely that any record of this would exist in written form.”

The inspector general’s investigation comes amid mounting tensions between the White House and career U.S. officials who oppose the Trump administration’s hard-line, anti-immigrant policies. On Monday, acting Attorney General Sally Yates was promptly removed from her position and accused of betraying the Department of Justice just hours after announcing that she would not defend Trump’s executive order on the grounds that it was illegal. Earlier in the day Spicer also lashed out at State Department officials working on a dissent channel memo registering their concerns over the administration’s order — the memo has since garnered 1,000 signatures.

Whether the increasing hostility will impact Roth’s investigation into Trump’s order remains to be seen. The senior immigration official expressed doubts, saying, “Standby for the sacking of the OIG.”

Top photo: A woman of Iranian descent, right, cries as she waits for a family member at Los Angeles International Airport following the immigration ban imposed by President Donald Trump, Jan. 30, 2017, in Calif.