Nina Rosenwald is underwriting the push to keep Muslims fleeing violence in the Middle East from entering the Western world. Her father was a great humanitarian. 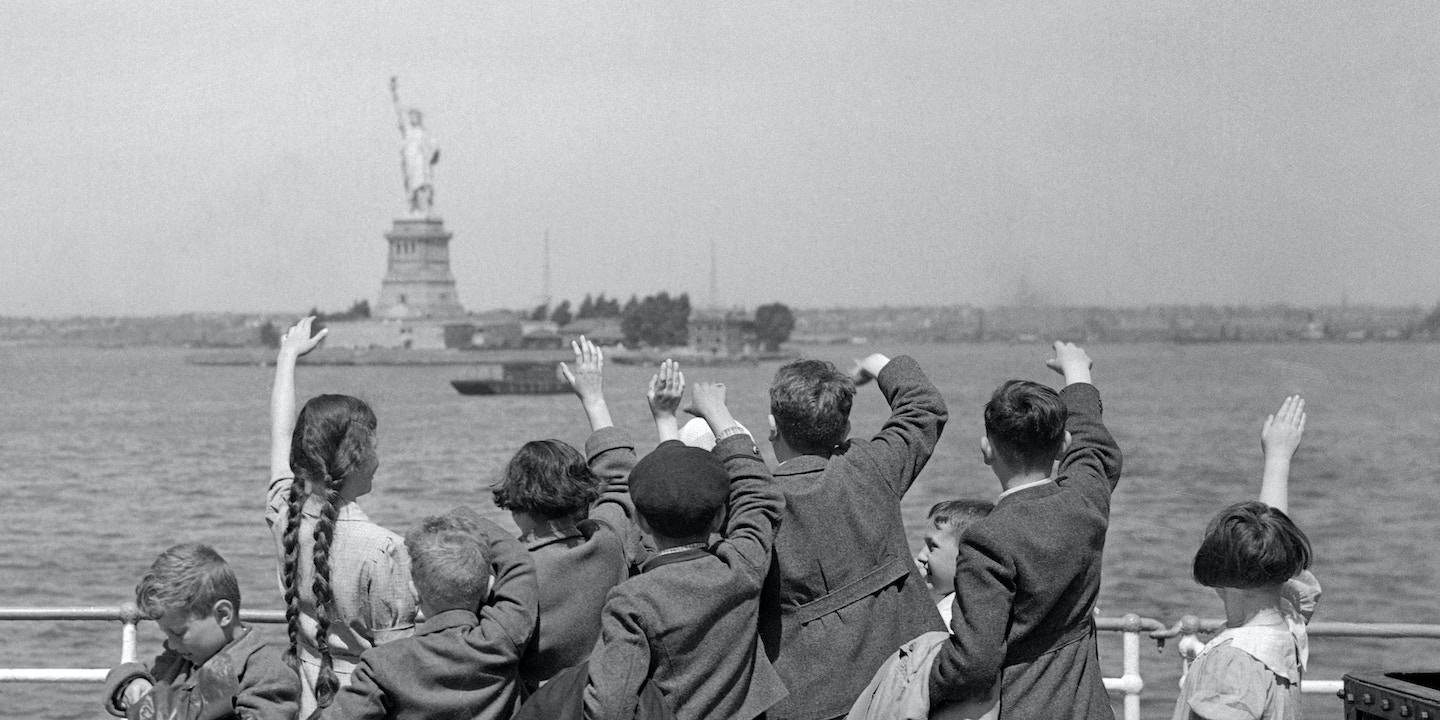 Facing a nation gripped by fear and bigotry and unwilling to welcome large numbers of Jewish refugees fleeing violence in Europe, the late William Rosenwald, heir to the founder of Sears, Roebuck & Company department store fortune, poured his money and energy into welcoming them, founding the National Refugee Service in 1939.

Today his daughter Nina is a driving force behind another campaign: keeping Muslims fleeing violence in the Middle East from entering the Western world.

Rosenwald is the founder, president, and primary benefactor of the Gatestone Institute, one of the loudest groups agitating against Muslim migration. Her foundation has also generously funded far-right voices that have opposed accepting refugees, including Robert Spencer of the blog Jihad Watch; Frank Gaffney, an anti-Muslim activist known for spreading anti-Muslim conspiracies so far-fetched he was banned from CPAC, the popular conservative convention; and Zuhdi Jasser, a controversial Muslim pundit who argued that President Donald Trump has not done enough in vetting Muslim migrants.

Among the longtime grantees of Rosenwald’s foundations is David Horowitz, the conservative activist who mentored Stephen Miller, the White House aide behind President Donald Trump’s executive order that aimed to temporarily ban refugees and individuals from several majority-Muslim countries.

Rosenwald did not respond to a request for comment.

Gatestone Institute produces a regular drumbeat of articles and punditry. The institute claimed that the Obama administration refugee policy “exposes Americans to the jihad.” Muslim refugees in Western countries are depicted in Gatestone Institute posts as rapists and hosts of “highly infectious diseases” that threaten the health of the German people.

Rosenwald’s organization has gone so far as to call for a ban on all Muslim immigration. In a blog post published last year, Salim Mansur, a distinguished senior fellow with the Gatestone Institute, lashed out at Obama for “coddling Muslims” and praised Trump for promising on the campaign trail to ban Muslim immigrants. “Unless many Muslims can change demonstrably to accept and abide by the social and political norms of American democracy,” Mansur wrote, “they may be excluded from entering the United States as immigrants.” A more recent post from this year, from a writer named Nonie Darwish, argues that “citizens from Islamic nations” should be allowed into the U.S. “only when the war on Islamic terrorism is won and when Islamic governments prove to the world that they have fundamentally changed.”

Many Trump allies have tried to deflect accusations of racism by arguing that the executive order temporarily banning individuals from the seven majority-Muslim countries was a decision made solely because the previous administration targeted these countries for additional security vetting.

But Gatestone Institute has no illusions about the religious motivations behind the ban. “Muslims need to know that the world does indeed have a justifiable and legitimate concern about Islam and actions done in the name of Islam by Muslims,” wrote Nonie Darwish, explaining her support of the executive order, in a piece for the Gatestone Institute.

Journalist Max Blumenthal, writing in The Nation, has called Rosenwald the “Sugar Mama of Anti-Muslim Hate.”

Foundation disclosures show that Rosenwald, through a foundation called the Abstraction Fund, has donated more than $10.8 million from 2010 through 2015 to groups identified by the Council on American-Islamic Relations as “Islamophobic.” Through two other foundations controlled by Rosenwald and her family — including one named after her father — she has donated an additional $2.8 million to anti-Muslim activists since 2001. Rosenwald’s family philanthropy goes back to her grandfather, Julius, who founded Sears and went on to spend his wealth to save Jewish families from pogroms in Russia and on schools for African-American children in the South. Her father, William, served as president of the United Jewish Appeal, the Joint Distribution Committee, and founded the National Refugee Service, touring the country to raise funds for resettling Jews fleeing Nazi terror in Europe. William was a committed supporter of Israel. That advocacy dovetails with his daughter’s current work as a supporter of pro-Israel organizations such as AIPAC.

Blumenthal notes that despite her financing of religious bigotry, Rosenwald “maintains a reputation as a Manhattan socialite who travels in some of New York City’s most elite financial and political circles.” She also served as a delegate to the 1996 Democratic National Convention.

Top photo: A group of young Austrian immigrants wave to the Statue of Liberty upon their arrival in America aboard the SS Harding. The 50 Jewish children, who were greeted by their new adoptive families, were fleeing Nazi persecution in their homeland.