Speaker Paul Ryan’s constituents in Wisconsin asked him for a town hall meeting during recess, but he was milking donors in Florida, Texas, and California instead. Many of the same congressional Republicans who are ducking their constituents by refusing to hold town hall events during this week’s recess are actively offering to meet with donors — for a fee.

The Intercept and the Center for Media and Democracy have obtained fundraiser invitations for a number of GOP lawmakers who rejected calls to meet with constituents.

The President’s Day congressional recess is a period with no official work and designed for reconnecting with the folks back home. But after some early town halls drew hostile crowds, particularly inflamed by Trump administration policies on immigration and health care, more than 200 GOP lawmakers are skipping them instead.

Speaker Paul Ryan’s constituents in Wisconsin asked him for a town hall meeting during recess, but Ryan’s staff remained cagey about his whereabouts. The real reason he wasn’t hanging out back home in Janesville? Ryan prioritized meeting with wealthy contributors over constituents.

Ryan began the recess with a “Winter PAC Retreat” last weekend at the Ritz-Carlton Key Biscayne in Miami, an event that welcomed donors who have given “a minimum contribution of $10,000″ to the Team Ryan joint fundraising committee. That’s Ryan’s special PAC that can raise as much as $244,200 per person.

Since the event in Miami, the speaker has toured Texas and California hosting events for the PAC in Corpus Christi, Fort Worth, Dallas, Houston, and Menlo Park.

Wyoming residents asked Sen. John Barrasso to attend a town hall meeting with them this week while Congress is out of session, but his press secretary demurred, telling reporters that the senator already has community events on his schedule.

What the press secretary didn’t say was that Barrasso this week has a ski resort fundraiser, held Friday and Saturday in Jackson Hole. He’s asking donors to provide $5,000 per political action committee or $1,500 per individual.

After videos of his fellow Arkansas Sen. Tom Cotton being dressed down by a 7-year old named Toby at a town hall on Wednesday made national headlines, Sen. John Boozman canceled his in-person town hall, scheduled for Friday. He said on Thursday that he will now hold a town hall on Monday — but over the phone, and only for people who sign up ahead of time.

Constituents who insist on seeing Boozman in person will have to pay. Also on Monday, Boozman is hosting a fundraiser that costs $500 per attendee.

Boozman was out of state for at least part of the congressional recess — attending two fundraisers at a resort in Palm Beach. The Florida event invitation shows attendees were asked to pay $1,000 per ticket. 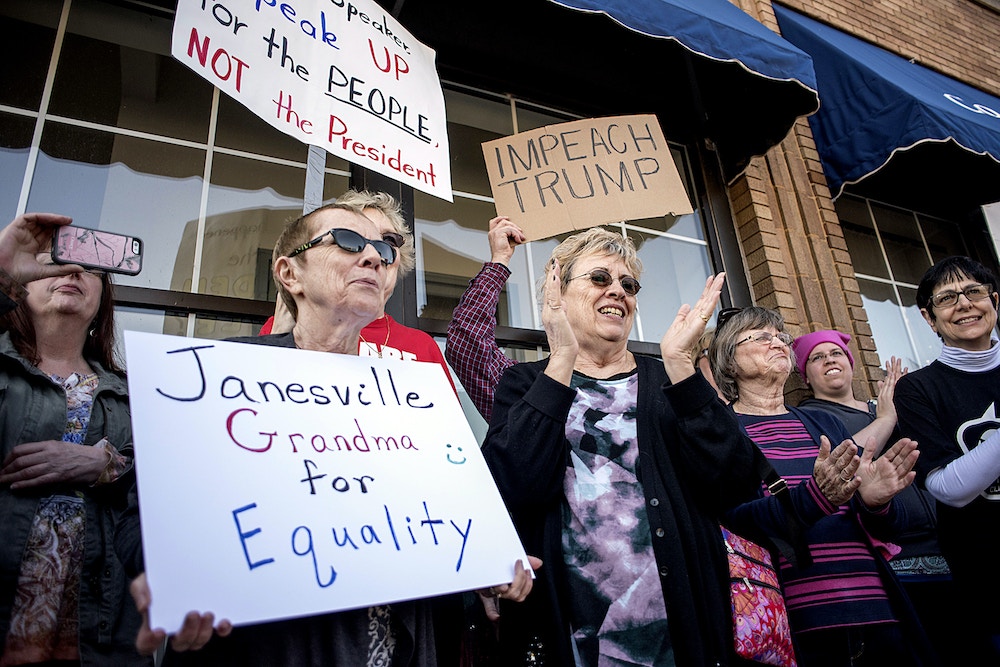 Colorado Sen. Cory Gardner, who won office in 2010 by drawing attention to town-hall anger directed at his Democratic opponent, has refused repeated requests by constituents to schedule a town hall — but has found time to schedule a $1,000 per person fundraiser this coming Tuesday at Acqua Al, a pricey Italian eatery on Capitol Hill.

Sens. John Thune of South Dakota and John Cornyn of Texas held town halls during the congressional recess in previous years, but not this year.

Cornyn, however, is hosting a $500 per person fundraiser on Monday at Nopa Kitchen + Bar, a trendy D.C. brasserie, while Thune is offering individuals who pay $1,000 or more the pleasure of watching the Washington Wizards v. Golden State Warriors basketball game with him on Tuesday.

What are they so afraid of? GOP candidates have run on pledges to repeal President Obama’s signature health insurance reform law for the last four federal election cycles. But at a recent town hall, when one constituent asked Rep. Jim Sensenbrenner, R-Wisc., how she could afford medical coverage for her daughter if ACA subsidies are repealed, the congressman had no answer. Rep. Mike Coffman, R-Colo., left his town hall early under mounting questions about his position on Obamacare repeal, leading to a viral video of him fleeing the building.

By contrast, the fundraising events underscore the immutable reality in a money-driven Congress that donors have priority over regular constituents. A 2015 study by academics Joshua Kalla and David Broockman found that members of Congress are 231% more likely to hold meetings with individuals who have contributed money to their campaigns than those that have not.