Prior to the passage of the Affordable Care Act, women faced a number of barriers to care that are not shared by men. 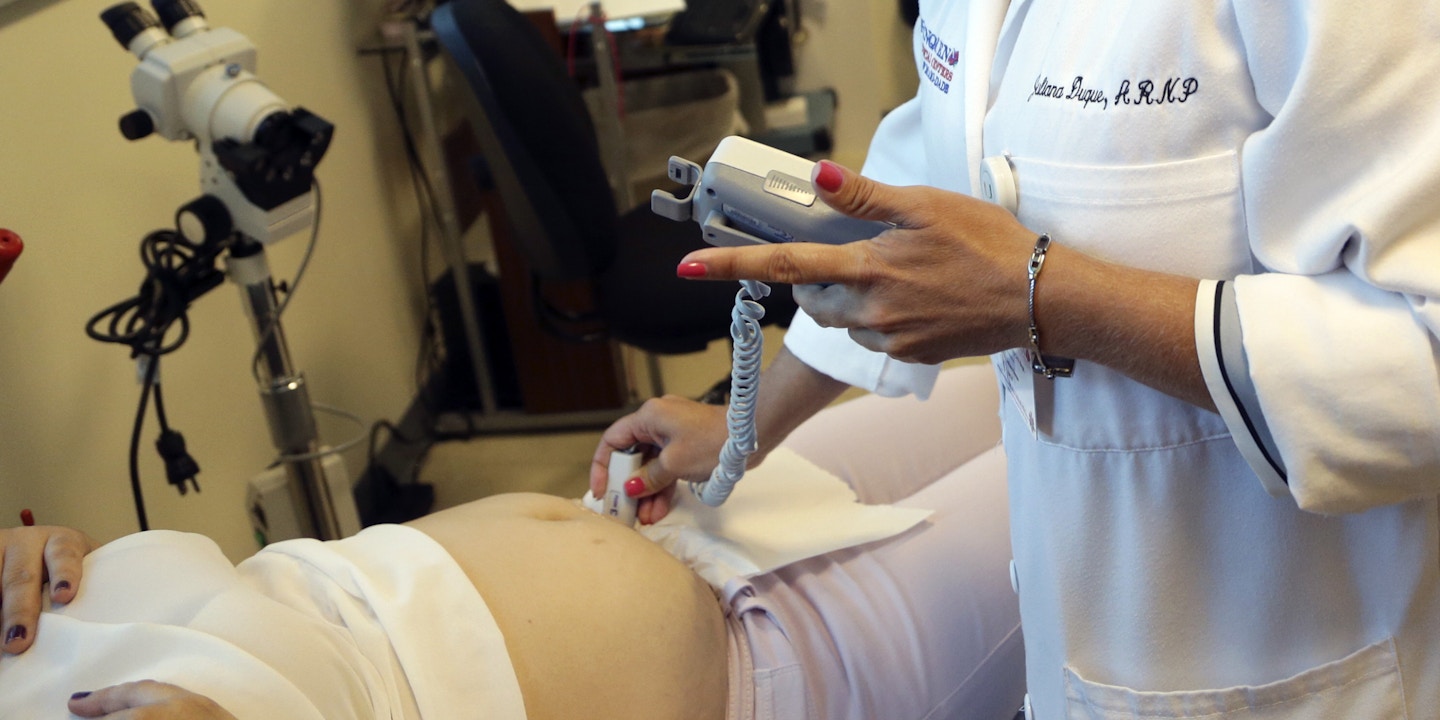 Nafisa Hussein was 21 when a ruptured ovarian cyst nearly killed her. The New Yorker underwent a number of therapies — including the use of several different expensive birth control options — before it was ultimately determined that she would need to undergo a hysterectomy.

It was tough news for a young woman who had dreamed of having children. But there was still hope: She could retain her remaining ovary and use birth control to keep it healthy, which in turn would enable her some day to start a family using a surrogate. “I’m just one of many, many women taking birth control in hopes of starting a family one day,” she wrote in an email to The Intercept.

But while Hussein does have health insurance, she is still worried that the rhetoric coming from the Trump administration around women’s health and rights might put her access to birth control in jeopardy.

Indeed, it wasn’t until the Affordable Care Act passed that many basic issues of healthcare parity were finally put into place; before the ACA, for example, insurance companies covered erectile dysfunction drugs like Viagra but would not cover birth control. Most women had to pay out of pocket for birth control, a yearly expense that could creep above $1,000. The ACA changed that, requiring health insurance plans to include birth control coverage at no extra expense. It is just one of a number of benefits of the law aimed directly at bettering women’s access to reproductive health care.

While Hussein thinks that she would probably be able to come up with a co-pay if the birth control benefit were erased by a Congress and White House that have made clear their disdain for the ACA, she knows that other women would not be as fortunate. And she worries further that without support for access to birth control, insurance companies could potentially determine that it simply isn’t medically necessary and decline to cover it at all. For her, that could be deadly. Without birth control, the risk of developing a cyst on her remaining ovary increases. “And if anything happens to my remaining ovary, not only would that put my life in danger, but also my ability to one day have the family that I’m really just trying everything I can to be able to do,” the 27-year-old said. “I feel that the medical necessity of birth control is in danger with this new administration and that’s what worries me.” 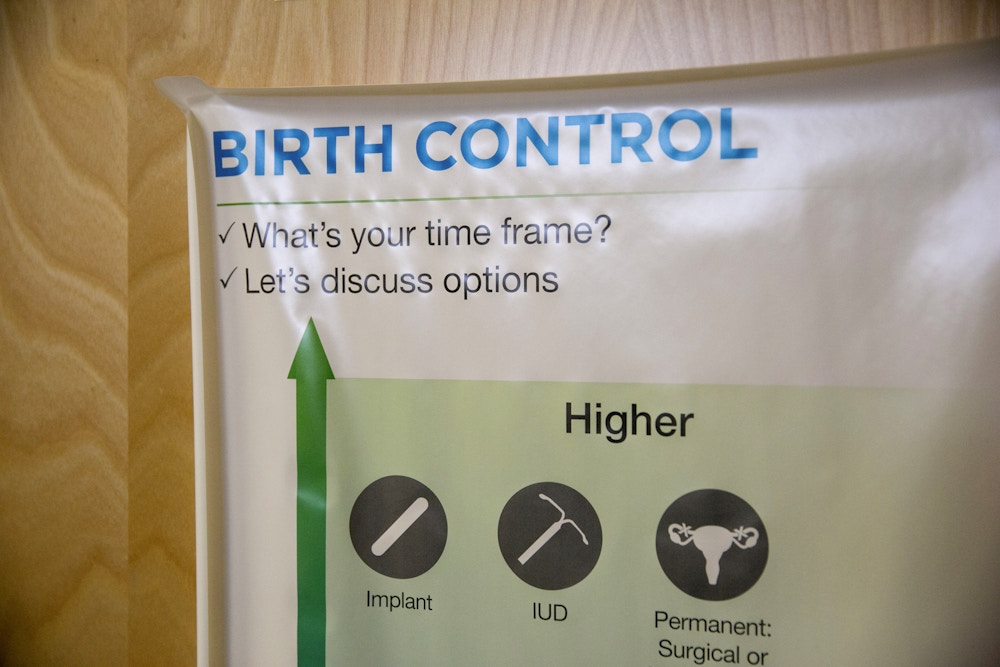 It’s hardly an irrational fear, as the lust to repeal the ACA, to defund Planned Parenthood, and to otherwise restrict women’s access to reproductive health care is at a near fever pitch among conservative Republicans — despite President Donald Trump’s lame attempt to suggest otherwise during his speech to Congress last week. In an odd eruption of word-salad, Trump tossed out the need to “invest in women’s health” as a priority — along with the need to “rebuild” the military and “promote” clean air and water.

The line was certainly a meaningless throwaway considering that he had just spent a fair amount of time attacking the ACA — “save Americans from this imploding Obamacare disaster,” he asked Congress — legislation that has invested deeply in women’s health, has increased access to care and leveled a health care playing field traditionally stacked in favor of men.

“The gains that we have seen under the ACA in recent years with women’s access to preventive care, to birth control, to maternity care, to just being able to have access to health insurance coverage broadly, all of those things have been critically important to women and in particular to lower-income women and to women of color,” said Amy Friedrich-Karnik, senior federal policy adviser at the Center for Reproductive Rights. “So to strip any of that, or all of that … would obviously have a detrimental impact on women’s lives and their ability to access the care that they need.”

Prior to the passage of the ACA, women faced a number of barriers to care that are not shared by men. In addition to having to pay out-of-pocket for birth control, just 12 percent of health insurance plans actually included coverage of maternity care — a suite of basic prenatal and postpartum services designed to ensure healthy births and reduce maternal mortality. Like men, women could be denied coverage for preexisting conditions — but for women those conditions included things like having had a cesarean section or having received medical treatment for sexual assault.

Except in a small number of states where it was outlawed, women were regularly the victims of “gender rating,” the practice of charging women far more than men for comparable health insurance. A study by the National Women’s Law Center found that 92 percent of the best-selling health plans practiced gender rating — in some cases charging women up to 85 percent more for insurance. Fifty-six percent of the most popular plans charged a 40-year-old female non-smoker more for insurance than a 40-year-old male smoker.

But the ACA changed all of that, notes Jamila K. Taylor, a senior fellow at the Center for American Progress. “Women are no longer allowed to be discriminated against in terms of their health coverage. You have to cover people who have preexisting conditions … and women can’t be charged more for their coverage,” she said. “What the ACA did is that it really did change and reform health care and how insurance companies operate and the services provided.”

If the ACA goes away, so do these benefits — but not only for those who have gained coverage via the insurance exchanges or the expansion of Medicaid; every woman covered by private insurance — be it through an employer or via the individual market — would also stand to lose these protections.

How exactly Congress intends to rework the ACA is unclear; though committee members are reportedly set to start the mark-up of a replacement measure this week, that bill has not been shared — with either policy experts or the general public — or even with most members of Congress.

Signs are pretty clear the proposed changes will be unlikely to benefit women’s health.

First, there’s the desire to remake Medicaid, likely by transforming it into a state block grant scheme that would almost certainly mean a significant reduction in funding for a program that traditionally covers health care — including preventive reproductive care — for some of the nation’s poorest women. (In Texas, for example, to be eligible for Medicaid services, a single woman with one dependent can make no more than $152 per month.) The majority of Planned Parenthood’s federal funding comes via Medicaid reimbursements — to the tune of roughly $390 million per year — but the group also provides reproductive care via the Title X program, which is the nation’s only pot of funding dedicated to providing family planning care — including cervical and breast cancer screenings and counseling and access to birth control.

Experts argue that dismantling ACA — removing the access and protections it provides women — tinkering with Medicaid, and potentially even decreasing or eliminating Title X funding, while simultaneously defunding Planned Parenthood, would create a potentially insurmountable roadblock for women seeking to plan their reproductive lives. “The assault is coming from all sides to all of these different programs,” said the CRR’s Friedrich-Karnik.

By repealing the ACA the government would almost ensure that millions more women would need to obtain preventive care from safety net providers like Planned Parenthood who use Medicaid and Title X to deliver services; but without Medicaid, Title X, and Planned Parenthood it is unclear where they could go. “Invariably, any attack on the health system and on the safety net would result in fewer women having access to care,” said Audrey Sandusky, director of advocacy and communications for the National Family Planning and Reproductive Health Association. “And that’s troubling and that will result in diminished health outcomes in communities across the country.”

How dire it might get is entirely unclear. For example, while the birth control mandate under the ACA is quite popular with the public, that is not the case with some conservative lawmakers — including new Health and Human Services Secretary Tom Price. As a Republican Congressman from Georgia, Price opposed the ACA and in particular its requirement that insurers provide no-cost birth control, a provision he dismissed as totally unnecessary. “Bring me one woman who has been left behind. Bring me one. There’s not one,” he said in response to a question about how low-income women might obtain birth control if coverage was rescinded. “The fact of the matter is that this is a trampling on religious freedom and religious liberty in this country.”

Foes of reproductive autonomy have often couched their distaste of the birth control mandate in terms that frame it as though it is a form of religious persecution, an argument that has had some traction, notably in the Hobby Lobby stores case that was decided by the U.S. Supreme Court.

Ironically, rolling back access to preventive reproductive care would more than likely lead to an increase in the number of abortions, which have fallen to historic lows. As Planned Parenthood Federation of America President Cecile Richards pointed out in a statement following Trump’s speech to Congress, the birth control mandate is “directly tied” to the decrease in women seeking abortion. “If this Administration and Congress want to invest in women’s health, they should listen to women,” she said.

In all, and given the overarching disrespect for women that Trump and his administration seem to embody, there is no reason to believe that the president’s assertion that investing in women’s health means anything at all. “Across the board, their policies don’t do anything to support women,” said the CAP’s Taylor. “With President Trump making that statement about investing in women’s health, I haven’t seen any indication at all that that is something on the table for them.”

Top photo: A nurse practitioner uses a fetal heart monitor on a pregnant patient at the Borinquen Medical Center on Aug. 2, 2016 in Miami.