The Only Concrete Takeaway From Trump’s Speech: Medicaid Is Doomed

Trump has spent his life making preposterous promises and never following through, but when it comes to Medicaid he may well keep his word. 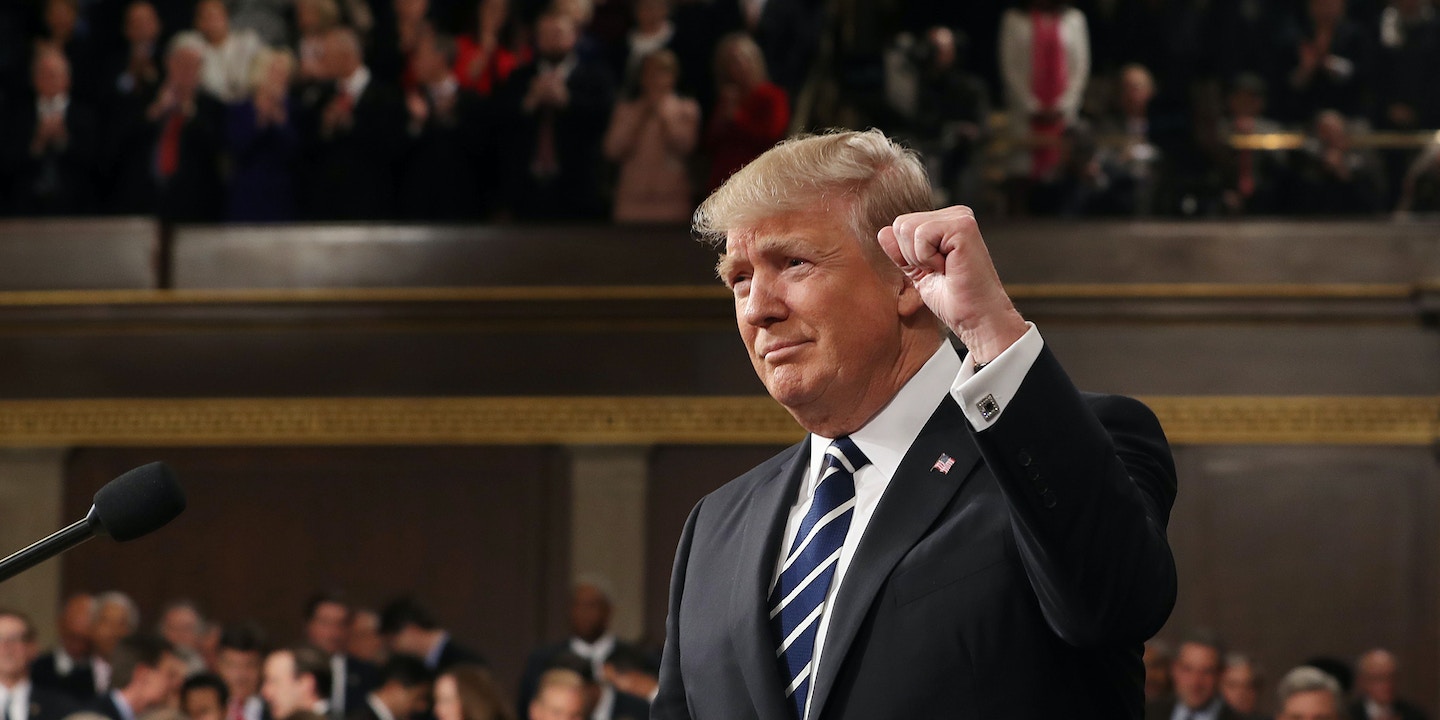 Most of Donald Trump’s speech to Congress Tuesday night can safely be ignored. Almost all the government policy he advocated is either strenuously opposed by House and Senate Republicans (driving down the cost of drugs, paid family leave, promoting clean air and water), is not going to happen whether or not they oppose it (“American footprints on distant worlds”), or is so vague that Trump might as well have said, “I support good things.”

However, Trump did call for something specific that Republicans desperately want and that is completely feasible: brutal cuts to Medicaid.

Of course, Trump didn’t put it like that. Instead, he said, “We should give our great state governors the resources and flexibility they need with Medicaid to make sure no one is left out.”

That sounds nice, but is standard Republican code for attacks on Medicaid. In fact, it’s lifted almost word for word from Paul Ryan’s “A Better Way” plan for Medicaid, which states that “we believe states and individuals should have better tools, resources, and flexibility to find solutions that fit their unique needs.” Moreover, both during the campaign and afterward Trump has endorsed the standard GOP plans for Medicaid.

What this would mean in practice is two-fold.

This would result in larger and larger cuts over time. Most GOP plans would permanently fix federal spending on Medicaid based on a future year, and then only increase the fixed amount annually at the rate of inflation, even though medical costs consistently rise faster than inflation.

But even more importantly, Medicaid is not just healthcare for the poor. It also pays the bills for over 60 percent of nursing home residents, and 40 percent of all national long-term care costs. And the number of Americans who need nursing home care is going to rise significantly over the next several decades as the baby boom ages into their eighties and nineties. Cutting Medicaid over this period is a recipe for people literally dying in the streets (or for luckier ones, on the foldout couch in their kid’s living room).

Second, if Trump gets his way, states will receive waivers to change Medicaid in various ways that would be both cruel and require nightmarish bureaucracies to enforce. Wisconsin Gov. Scott Walker wants to drug test Medicaid recipients. In Kentucky, Gov. Matt Bevin hopes to make beneficiaries without dependents work and pay premiums. Worst of all, states such as Arizona are attempting to enact lifetime five-year limits on Medicaid coverage, which could be a death sentence for people with diseases like cancer.

Trump has spent his life making preposterous claims about what he can do for you, making promises he could never keep. But this is one case where he may well keep his word. As he said in his speech, “Above all, we will keep our promises to the American people.” When it comes to Medicaid the American people should take him seriously.

Top photo: President Donald J. Trump delivers his first address to a joint session of Congress from the floor of the House of Representatives in Washington on Feb. 28, 2017.