“I took my energy and put it to work to stop big banks from ripping people off,” says Porter, a public interest lawyer. 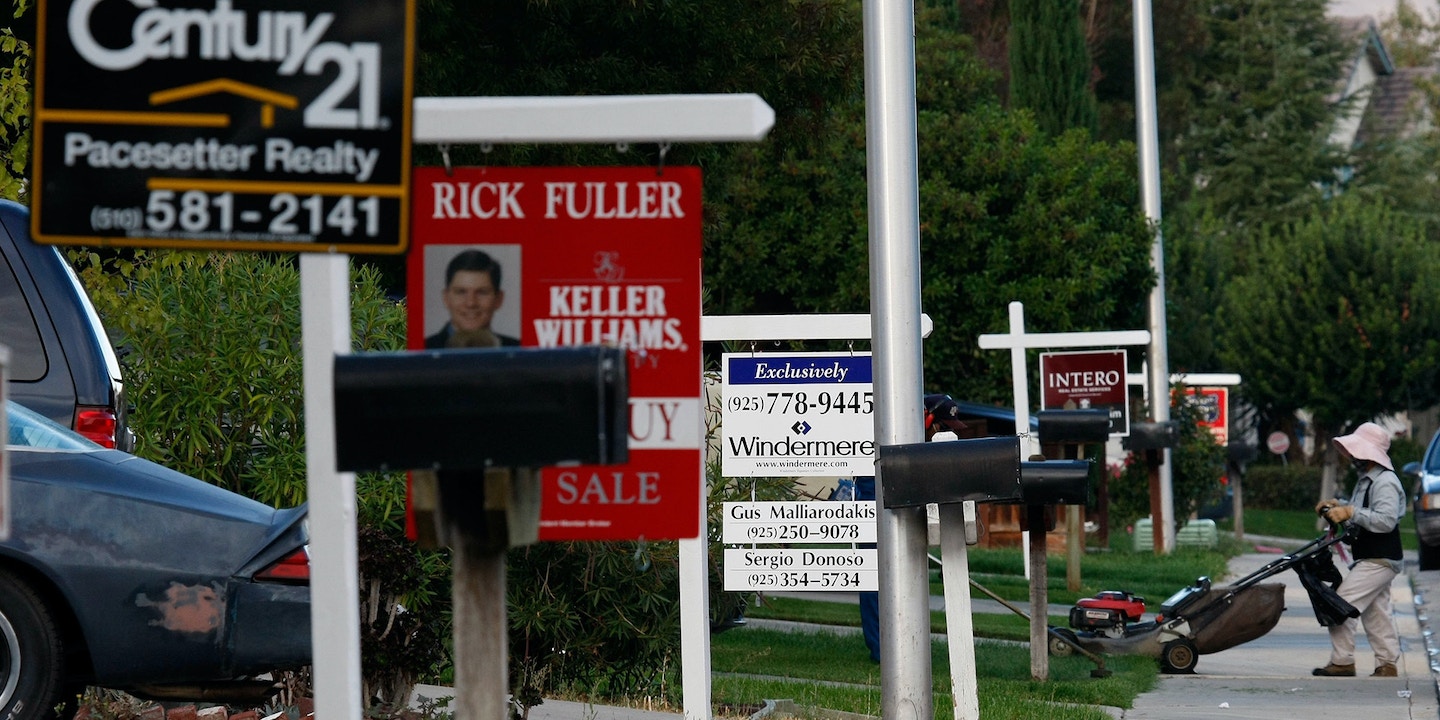 Foreclosure victims have been virtually invisible in Washington since the financial crisis. But they may finally get an ally.

Katie Porter, a University of California-Irvine professor and public interest lawyer who authored one of the first academic studies of foreclosure fraud, and who helped thousands of California homeowners as a monitor of the national foreclosure fraud settlement, announced yesterday that she will run for Congress in California’s 45th Congressional district, against two-term Republican incumbent Mimi Walters.

The Orange County seat, where Hillary Clinton beat Donald Trump by five points last November, is critical to Democratic efforts to take back control of the House of Representatives next year. Clinton’s victory in Orange County marked the first win for a Democratic presidential candidate there since Franklin Roosevelt in 1936, a sign of the area’s changing demographics.

Porter could ride that wave next year. She’s already earned the endorsements of Sen. Elizabeth Warren, who was her law school professor, and Sen. Kamala Harris, who appointed her to monitor the mortgage settlement. “I’ve taken on these big fights my whole career,” Porter told The Intercept in an interview. “I have a track record of going into hand-to-hand combat with the banks, holding their feet to the fire in individual cases.”

Back in 2007, before the full impact of the foreclosure crisis was felt, Porter, then teaching law at the University of Iowa, wrote a prescient paper titled “Misbehavior and Mistake in Bankruptcy Mortgage Claims.” Porter examined public court records in 1,733 bankruptcy cases filed in 2006. She found near-universal disagreement between borrowers and mortgage servicing companies over amounts owed, with multiple instances of illegally imposed fees, including charging homeowners for ordinary office activities like delivering faxes. Impermissible fees were ratcheted up as a profit-making tool for the servicers. In one loan, the servicer claimed that the homeowner owed $1 million when they actually owed $60,000.

Porter also discovered that, in a majority of cases, servicers lacked one or more pieces of documentation required to establish the validity of the debt. That included the note, which was missing over 40 percent of the time. “The findings are a chilling reminder of the limits of formal law to protect consumers,” Porter wrote.

This was an early warning of the breakdown in foreclosure processes, with companies eventually papering over their lack of proof with fictitious mortgage assignments and records. Porter’s study caught the eye of the initial activists who uncovered and exposed Wall Street’s fraudulent foreclosure schemes; she was central to its unmasking.

Unfortunately, that revelation of foreclosure fraud led only to civil settlements rather than prosecutions of those responsible. However, Porter was recruited to serve as the independent monitor for California’s share of the largest of these settlements, a $25 billion program called the National Mortgage Settlement.

While the national oversight monitor did little but verify that banks fulfilled their consumer relief obligations, Porter took a thankless job and transformed it into an activist position. She intervened personally in individual foreclosure cases, responding to over 5,000 complaints from California borrowers. She rewrote communications to homeowners from banks to maximize response rates. She authored half a dozen reports that showed how banks were gaming the system, calling out the cruel practice of dual tracking (when banks negotiate loan terms and pursue foreclosure at the same time) and the “completed” application scam (where banks would capitalize on one missing document to nullify a modification and move to foreclose instead). And she took on government officials who weren’t learning from conditions on the ground, urging them to improve regulatory systems and protect borrowers.

Overall, California achieved better results in the National Mortgage Settlement than the rest of the country. Nearly 40 percent of the total 83,000 first-lien principal reductions in the settlement, the most sustainable type of modification, happened in California.

“The thing about the monitorship that I loved, I took my energy and put it to work to stop big banks from ripping people off,” Porter says. “You and I know the truth, Washington gave Wall Street a bailout in literally a few days and left homeowners twisting for years.”

Porter told The Intercept that the system hasn’t changed, not just in foreclosures but in many aspects of the lives of the middle class. “Families are feeling squeezed,” she said. “They’re concerned about stagnant wages, about the high cost of housing. They’re concerned about college tuition and student loan debt, and saving for retirement.” Porter says that fixing the mortgage giants Fannie Mae and Freddie Mac would be among her top priorities.

Porter noted that Mimi Walters, Porter’s opponent if she wins the Democratic primary, has voted down the party line on every issue thus far in the current Congress. Walters voted for the since-sidelined Republican health care bill in the Energy and Commerce Committee. She was an original co-sponsor of the law President Trump signed Monday that could allow Internet service providers to sell customer browser histories.

In a statement, Porter responded: “It’s common sense — cable companies shouldn’t be allowed to sell Orange County residents’ browsing history without their consent, but Congresswoman Walters’ bill would do just that.”

Endorsing Porter, Sen. Warren said, “There’s no one I trust more to take on Donald Trump and the entrenched special interests in Washington on behalf of working families.”

Top photo: Real estate for sale signs are seen in front of homes that were foreclosed along Catanzaro Way in Antioch, California, on Oct. 15, 2007.