Trump 90 Days Ago: “My People Will Have a Full Report on Hacking Within 90 Days!”

Reached by phone, Trump spokesperson Michael Short said, “I’ve got to run” and then hung up. 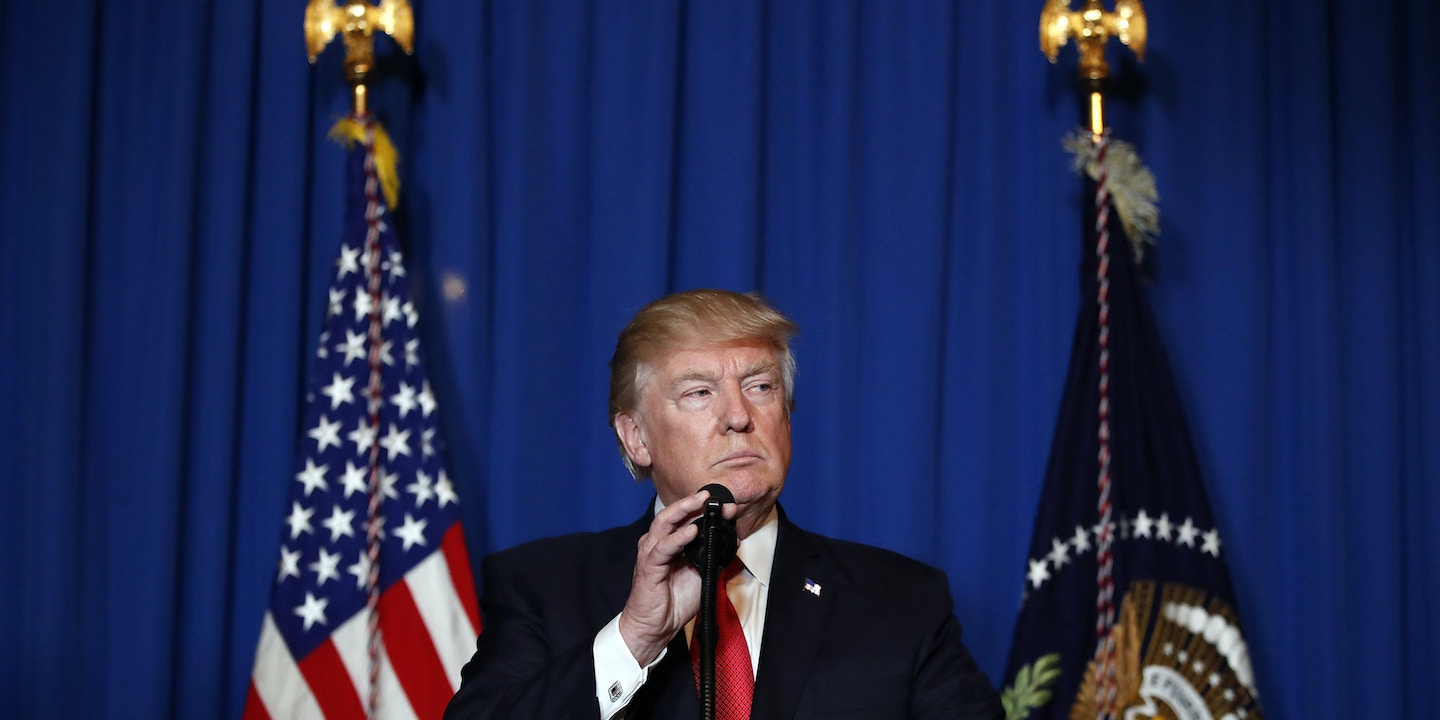 Exactly 90 days ago — on Friday, January 13 — Donald Trump, then president-elect, issued a series of tweets attacking the claims in former British MI6 officer Christopher Steele’s “dossier” that the Russian government had long been “cultivating, supporting and assisting” Trump.

Trump called the allegations “phony” and “totally made up” and pledged that “My people will have a full report on hacking within 90 days!”

No such full report has appeared, nor is there any evidence that an investigation by the Trump administration is currently underway — or was ever initiated.

In fairness to Trump, he might have meant that his administration would produce a full report within 90 days of his inauguration.

That leaves them another week.

It now turns out that the phony allegations against me were put together by my political opponents and a failed spy afraid of being sued....

Totally made up facts by sleazebag political operatives, both Democrats and Republicans - FAKE NEWS! Russia says nothing exists. Probably...

released by "Intelligence" even knowing there is no proof, and never will be. My people will have a full report on hacking within 90 days!