Bashar al Assad is the biggest monster but not the only one in Syria. Governments in the West and Arab world should open their borders to refugees and deliver aid.

Where do you stand on the conflict in Syria? This question has become perhaps the ultimate political and sectarian Rorschach test of our time.

Are you a leftist or libertarian who opposes U.S. air strikes and waxes lyrical about the paramountcy of Syrian sovereignty and international law? Or are you a very mainstream liberal or conservative who backs military action to remove the Syrian dictator from power — or, at least, to protect his people from barrel bombs and chemical attacks?

Every side has its own self-serving narrative; its own set of “alternative” facts. Every side engages in selective outrage: last week, backers of Assad were decrying the massacre of more than 120 people at the hands of a suicide bomber; the week before that, opponents of Assad were denouncing the gruesome killing, with poison gas, of at least 74 people in a rebel-held town.

Dead Syrians have became political props, cynically used to bolster this or that stance on the conflict. Myths and lies abound. Defenders of Assad on the far left and far right claim he is a secular bulwark against ISIS while omitting to mention that this supposedly secular dictator was helping funnel “jihadists” into Iraq, to attack U.S. forces and Iraqi civilians, less than a decade ago. They also ignore the fact that the vast majority of civilian casualties in Syria have been caused by the Assad regime, not by ISIS or by the rebels. 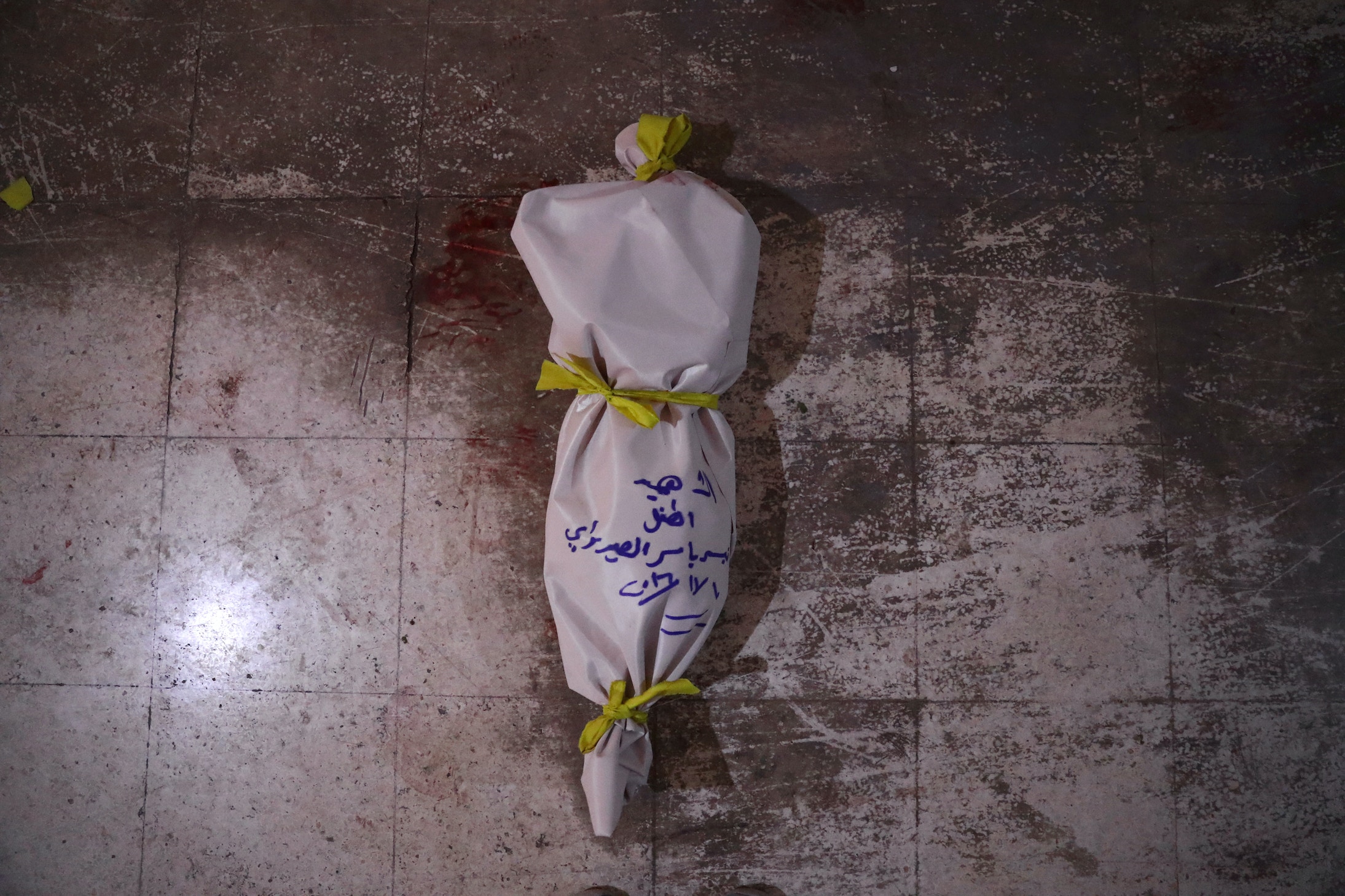 The body of a victim lies on the floor at a make-shift morgue following an airstrike in the rebel-held town of Douma, on the eastern outskirts of the capital Damascus, Syria, on Nov. 10, 2016.

Both liberal and conservative opponents of Assad, meanwhile, tend to minimize the well-documented war crimes and other grotesque atrocities committed by U.S.-backed rebel groups, not to mention the dominance of Al Qaeda and its affiliates within the Syrian opposition. Many of them falsely claim that the West has “stood by” and “done nothing” to support that opposition — despite the CIA, according to the Washington Post, “spending roughly $100,000 per year for every anti-Assad rebel” who went through the agency’s training program, and despite the fact that arming and funding Syria’s rebels, both “secular” and “Islamist,” has helped exacerbate this horrific conflict and render a diplomatic solution near impossible.

Kofi Annan’s August 2012 resignation statement as UN special envoy for Syria, in which he laid the blame for the continuing violence both on Assad and on “the escalating military campaign of the opposition,” has disappeared down the Syrian memory hole. So too has Joe Biden’s 2014 speech at Harvard in which he outlined how U.S. allies in the region “were so determined to take down Assad and essentially have a proxy Sunni-Shia war… [that] they poured hundreds of millions of dollars and tens, thousands of tons of weapons into anyone who would fight against Assad.”

Pity the poor people of Syria. They continue to be ruled by a war criminal whose main opponents also engage in war crimes; their country has become a battlefield for Americans and Russians, Turks and Iranians, rebel fighters from Chechnya and pro-regime militias from Iraq. Rather than focus their energies on a diplomatic solution, or at least a durable ceasefire, all of these outside powers have spent the past six years ratcheting up, rather than down, the level of violence while failing to adhere to any consistent or principled positions whatsoever.

The Russian and Iranian governments constantly complain that foreign fighters (or “terrorists”) have violated Syria’s sovereignty. But does anyone really think that Vladimir Putin, who has gleefully violated Ukraine’s sovereignty and borders since 2014, gives a damn about Syria’s sovereignty and borders? Or that the Islamic Republic of Iran, which asked Lebanon’s Hezbollah to intervene on the ground on behalf of the Assad regime and has also rounded up Shia fighters from as far afield as Afghanistan to fight against the rebels, is committed to preventing “foreign fighters” from entering Syria?

The Turkish and Saudi governments, meanwhile, loudly demand that the Syrian people be able to choose their own leaders. But are we supposed to accept that President Erdogan’s Turkey, which now jails more journalists than any other country on earth, or the absolute monarchy in Saudi Arabia, which still beheads people, want to see a secular, liberal democracy replace the Assad dictatorship in Damascus?

Then there is Donald Trump, who claims to have launched 59 missiles against an Assad airfield on April 6 because he was pained and moved by images of children choking to death in the aftermath of the chemical attack on Khan Sheikhun. Please. Are we really expected to believe that a trigger-happy narcissist who banned Syrian refugee children from entering the United States, and has compared them to “snakes,” cares in the slightest about those same children when they’re being gassed inside Syria? A Syrian civil defence volunteer carries a wounded girl as he rushes to a make-shift hospital following reported government airstrike on the rebel-held town of Douma, on the eastern outskirts of the capital Damascus, on Feb. 25, 2017.

Why would you want to back any of these mendacious and opportunistic leaders, all of whom have dipped their hands in Syrian blood? Why would you want to traduce your own favored political ideology — be it conservatism, liberalism, socialism, whatever — by insisting it inform or even decide your views on a complex conflict like Syria’s? Why would you want to taint your own sect of Islam — be it Sunni or Shia — by lazily conflating it with either the regime or the rebels? (There are plenty of Sunnis, incidentally, who have supported Assad and plenty of Alawites and Shias who haven’t.)

The reality is that there are “no good guys in the Syrian tragedy,” as former UN special envoy to Syria, Lakhdar Brahimi, reminded me last year. The veteran Algerian diplomat, who served as Annan’s successor between August 2012 and May 2014 before also quitting in frustration, said he placed “a lot of blame on the outside forces, the governments, and others who were supporting one side or the other” but who never had “the interest of the Syrian people as their first priority.”

Indeed. Assad may be the biggest monster but he is far from the only monster. Some of us, therefore, refuse to pick a side; refuse to glorify regime over rebels, or Americans over Russians, or Iranians over Arabs. Brahimi had it right: a plague on all their houses. The Syrian people deserve better than Assad but they’ve been betrayed on all sides, and suffered as a result, for six long years.

A political solution based on a negotiated, power-sharing deal is now as much a chimera as a military solution in which Assad is forced from power. Syria will continue to bleed. Rather than picking between the various bad guys, and further prolonging the fighting, our time and energy would be better spent on pressuring hypocritical governments in the West and the Arab world to open their borders to Syrian refugees and also to uphold and deliver on their much-vaunted pledges of humanitarian aid. There are, in fact, many ways to help ordinary Syrians without dropping more bombs on them.