Homeland Security chief John Kelly promised Thursday to prosecute parents who pay to have their children smuggled into the United States. 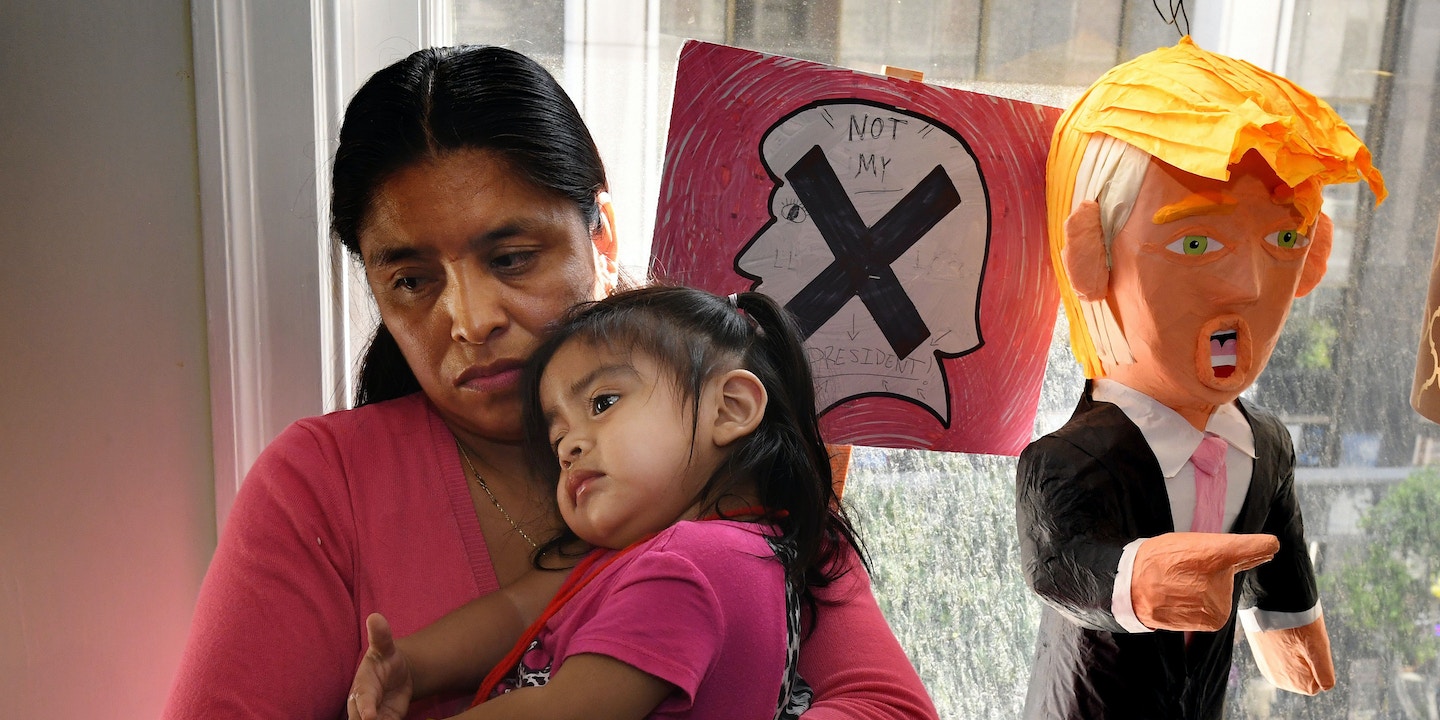 The Trump administration is doubling down on a controversial plan to prosecute immigrant parents who pay to have their children smuggled into the United States. Speaking at a press conference in El Paso, Texas, Thursday, Homeland Security Secretary John Kelly said that when it comes to enforcing the nation’s immigration laws, “everything’s on the table.”

“That includes our approach of prosecuting anyone who pays traffickers to smuggle people into the country, especially those who smuggle in children, including family members who pay to have children smuggled into this country,” Kelly said. “Human smuggling across our border puts individuals, especially children, at great risk of assault, abuse, and even death at the hands of the smugglers.”

Kelly delivered the warning in an appearance with Attorney General Jeff Sessions, as part of a tour the pair are on to meet with federal officials along the border and spread the word about their joint DOJ-DHS plans for immigration enforcement. Speaking Thursday, Sessions made an appeal to any would-be undocumented immigrants contemplating traveling to the United States.

“Don’t come,” he said. “Please don’t come. When you are caught, you will be detained, adjudicated, and deported.”

Kelly had already signaled his desire to see immigration laws enforced “against any individual who — directly or indirectly — facilitates the illegal smuggling or trafficking of an alien child into the United States” when he signed off on a pair of executive order implementation memos in February, a move that stirred outrage among immigration advocates. Last week, Sessions issued his own memo directing U.S. attorneys across the country to prioritize prosecution of several federal laws relevant to undocumented immigrants, including a provision on “bringing in and harboring certain aliens” that he had previously pointed to as a means to target immigrant families.

Kelly’s comments Thursday offered further evidence that the chiefs of DHS and DOJ are increasingly on the same page in terms of immigration enforcement and that, despite an initial backlash, the Trump administration is open to arresting parents who bring their children to the country illegally.

The journey many undocumented immigrants take to reach the U.S. — particularly those coming from Central America — is extremely dangerous, with smuggling networks contributing significantly to the risks. But so too are the countries those migrants often flee. In recent years, countries such as El Salvador and Honduras have frequently rated among the most dangerous countries in the world outside active war zones. For those reasons, immigration attorneys and policy experts say, the notion of prosecuting immigrant parents trying to make a better life for their children constitutes an inhumane and simplistic solution to a real and complex problem.

“As a policy matter, it’s extremely troubling that Sessions and Kelly are even floating this idea that you would criminally prosecute and send to prison a parent who is trying to get their child to safety,” Cecillia Wang, the ACLU’s deputy legal director, told The Intercept. “The more general direction that Sessions is going in — that we’re going increase criminal penalties and prosecute more immigration-related crimes — is completely backwards. It’s the exact opposite direction of where we should be going policy-wise.”

According to a senior U.S. immigration official, speaking to The Intercept on condition of anonymity to openly discuss the administration’s plan, the threat of prosecution for parents would make the already delicate work of asylum interviews with children more difficult. “It is important for asylum officers to maintain a safe, non-confrontational atmosphere to elicit effective testimony,” the official said. “Asylum officers can’t do that if children are afraid that their testimony will put their parents in jail.”

The official added that “the secretary’s remarks here will encourage asylum officers to limit what they include in their notes.”

Finding ways to criminally charge immigrant families who bring their loved ones to the U.S. illegally was one of Sessions’s priorities before he became attorney general.

In July, while he was still an Alabama senator, Sessions co-signed a letter to then-DHS Secretary Jeh Johnson questioning why the Obama administration wasn’t deporting a higher number of unaccompanied children showing up at the U.S. border and pointing to a statute — the same one he has now directed his attorneys to more aggressively enforce — that could be used to prosecute individuals who pay smugglers in order to be reunited with their family members.

Now that he has secured the most powerful law enforcement post in the country, with a number of his former aides sprinkled across key positions at the highest levels of government, Sessions is apparently continuing the effort he began last summer — this time with Kelly’s support.

Kelly found himself at the center of a controversy earlier this year involving a separate but related proposal involving immigrant families after he confirmed that DHS was planning to begin separating undocumented mothers from their children at the border. According to an account published by Reuters last week, the idea was concocted by a handful former Sessions staffers and other hard-line anti-immigration advocates now steering immigration policy in Washington.

While Kelly walked back the proposal earlier this month during a contentious appearance on Capitol Hill, he also took a jab at lawmakers this week, saying that if they have problem with the laws DHS is enforcing, they should either change them or “shut up and support the men and women on the front lines.”

Avideh Moussavian, a senior policy attorney at the National Immigration Law Center, said that for advocates who had hoped that Kelly would provide a counterbalance to Sessions’s nativism, the last few months have been disappointing.

“We had been looking at Secretary Kelly’s early days of leadership to see if he might distinguish his agency’s position and approach, and it seems that they have been unabashedly heavy-handed as well,” Moussavian said. “It’s been a very troubling start to this administration.”

Top photo: Lola Vargas and her daughter Athena wait in their attorney’s office before the deportation hearing of her husband, Mario Vargas, in Los Angeles, on Feb. 9, 2017.