A report released today by Human Rights First alleges that officials at the U.S.-Mexico border have been routinely and illegally turning away asylum seekers. 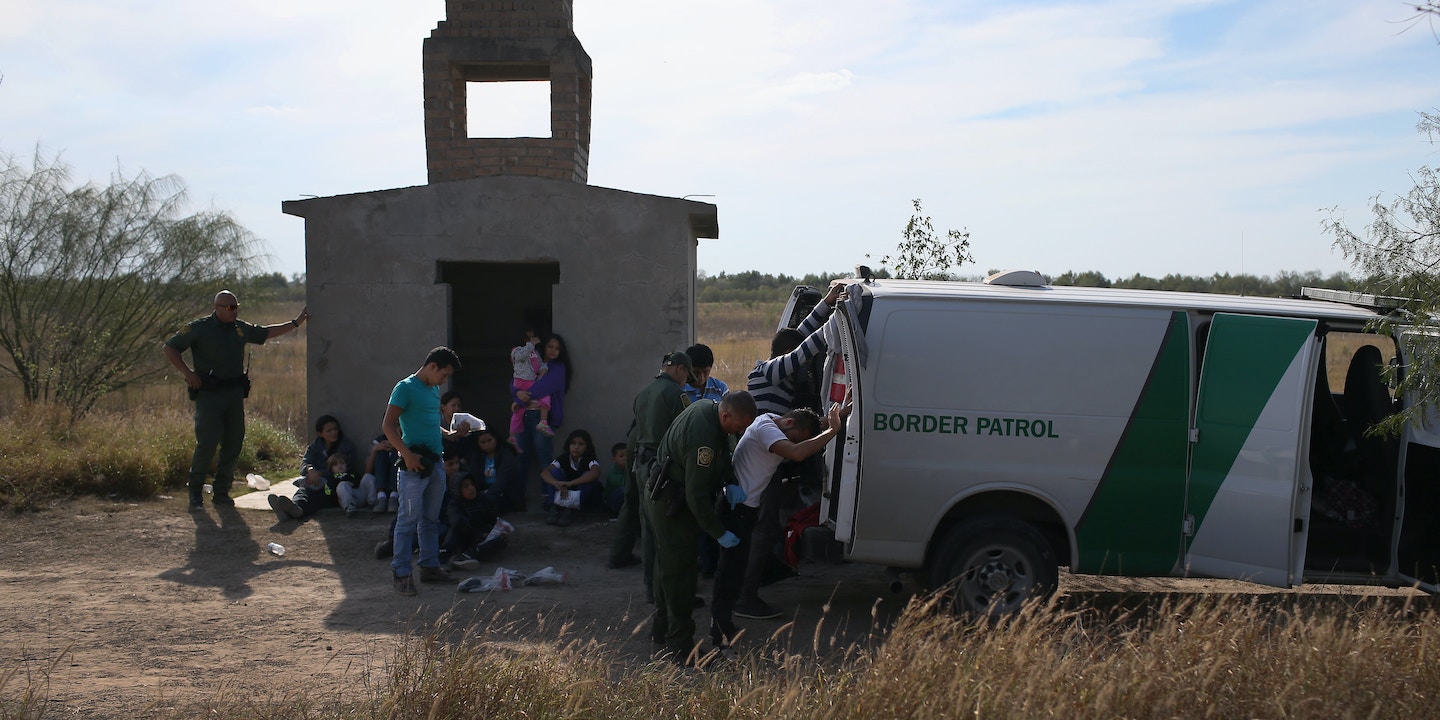 Three times this winter a Honduran woman named Alma went to U.S. officials at the border between Reynosa, Mexico, and Hidalgo, Texas, to ask for asylum for herself and her three children. She had fled Honduras because her other child had been killed by gang members, and she had brought documentation to prove it, but three times she was told by U.S. Customs and Border Protection that she would have to wait in Mexico. In February, the family was kidnapped.

Alma’s is one of the cases included in a report released today by Human Rights First, which alleges that officials at the U.S.-Mexico border have been routinely and illegally turning away asylum seekers. The report provides dozens of examples of officials providing false information about the law, asking misleading questions or pressuring people to take back statements about fearing persecution, and frustrating lawyers who try to facilitate claims.

Human Rights First, together with other groups working at the border, has documented 125 cases since November 2016 where individuals or families were wrongly denied the chance to claim asylum. Although 8,000 people were referred to the asylum process nationwide during the same time, the report states that many abuses probably go unreported due to dangerous conditions, lack of legal counsel along the border, and little oversight of CBP officials as they receive and process asylum seekers’ claims.

Donald Trump’s election seems to have empowered some officials to fuel a malicious rumor mill: One Central American was told by an officer in South Texas, “Trump says we don’t have to let you in,” according to the report. In recent months, Cubans reported being told, “the law has changed, you have to go back,” and that asylum from Cuba “does not exist anymore. To go to the United States, you have to get a visa from a consulate.” (Before leaving office, Barack Obama did lift a policy that gave Cubans automatic parole on arrival in the United States, but Cubans are still eligible to apply for asylum like any other nationality.) Mexican immigration officials have also said to local advocates, “Stop lying to people, CBP told us they are not giving asylum in the United States anymore.”

In a statement, a CBP spokesperson said that “CBP has not changed any policies affecting asylum procedures” and that “as an agency CBP does not tolerate any kind of abuse.”

The statement outlined the asylum process as it is supposed to work:

If an officer or agent encounters a U.S.-bound migrant without legal papers and the person expresses fear of being returned to his/her home country, our officers processes them for an interview with an asylum officer. … CBP officers are not authorized to determine or evaluate the validity of the fear expressed. The applicant does not have to specifically request asylum, they simply must express fear of being returned to their country.

If the asylum officer, from U.S. Citizenship and Immigration Services, decides that their fear is credible, the petitioner has a right to request asylum from a judge. They can stay in the United States, often not in immigration detention, during those proceedings.

Even before the election, however, there were problems: Lawyers and advocacy groups have documented similar complaints from earlier last year, and the bipartisan U.S. Commission on International Religious Freedom, in a report based on research from 2012 to 2015, found “outright skepticism, if not hostility, toward asylum claims” among some CBP officers.

In Tijuana last summer, responding to a sharp increase in arrivals from Haiti, CBP began working with Mexican immigration officials to streamline asylum claims by creating an appointment system. But that fix, according to the report, has led to a situation where CBP won’t see people without an appointment — and Mexican officials are refusing to give out those appointments. And for Mexicans looking for protection in the United States from cartels and corrupt authorities, it could mean they find themselves referred back to the very government they are fleeing.

The report comes down hard on Mexico, saying that its own asylum system is woefully understaffed and “riddled with deficiencies,” and that authorities can offer little protection to vulnerable refugees. Many of the asylum seekers coming through Mexico are refugees from gang violence or political persecution in the Northern Triangle of Guatemala, Honduras, and El Salvador, and their abusers’ networks can follow them to Mexico. It’s also difficult for Central Americans stuck without documents to get work, and they are vulnerable to kidnapping and other abuse by cartels and traffickers. The report also notes that denying asylum can push refugees to give up on official channels and attempt more remote and dangerous unauthorized crossings.

Top photo: Central American immigrants wait to be transported after turning themselves in to U.S. Border Patrol agents on December 8, 2015, near Rio Grande City, Texas.