As Montana’s voters decide who will represent them in Congress, their choice will be heavily informed by their local newspapers. That bodes well for Republican Gianforte. 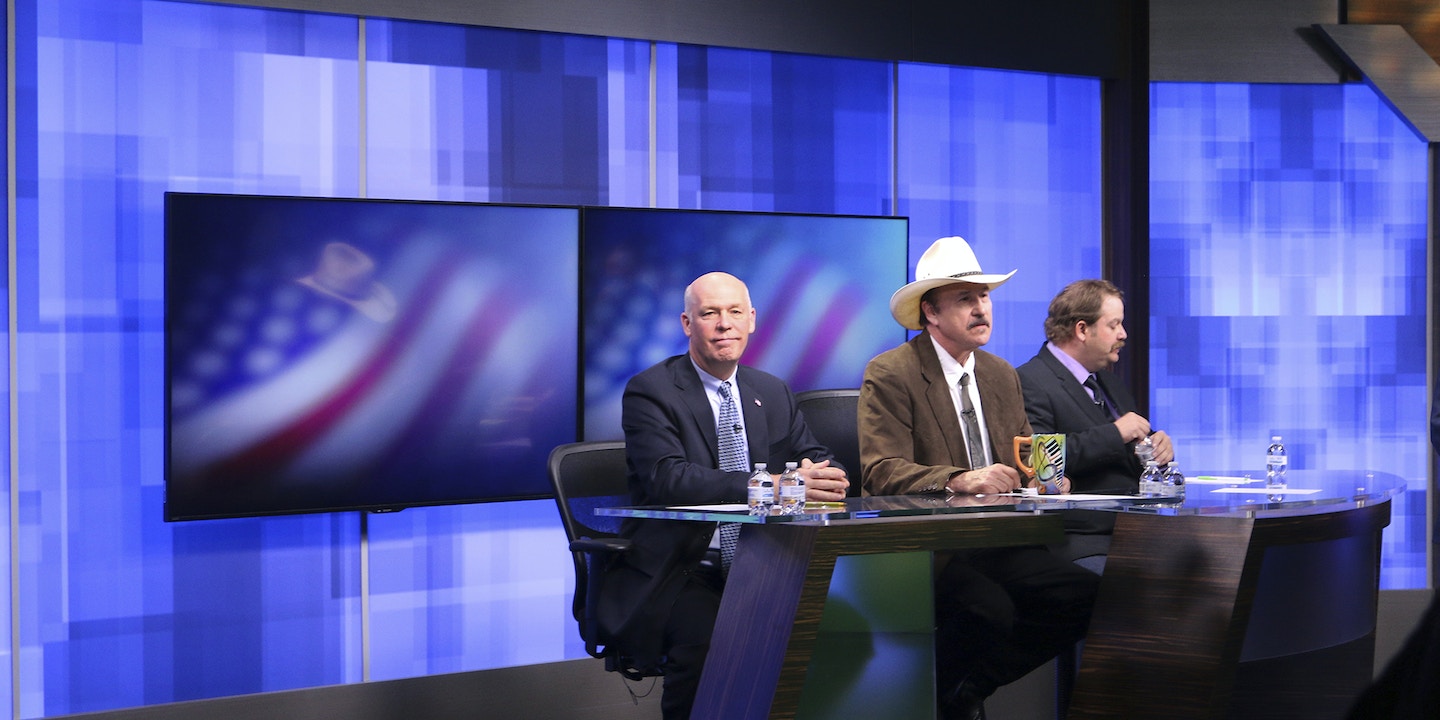 As Montana’s voters decide who will represent them in Congress in Thursday’s special election, their choice will be heavily informed by their local newspapers. That bodes well for Republican Greg Gianforte.

The papers all share a single owner, the Iowa-based Lee Enterprises, whose board is stacked with Republican donors, and all three were dropped on the same day, May 14, as Republicans began to panic that the race might genuinely be in play. All three endorsements made similar arguments — deep reservations about his more extreme ideological positions, such as his rejection of evolution, coupled with optimism that he will set those bizarre views aside and do right by Montana in Washington.

In addition to the endorsements, the three papers have focused their reporting heavily on Quist’s debt and financial woes. On the Wednesday night before the election, a reporter for the Guardian, which is headquartered in London, Ben Jacobs, was interviewing Gianforte about his evolving position on Trump’s health care plan when the Republican candidate slammed him to the ground, according to Jacobs, backed up by audio of the encounter. The Billings Gazette led its story: “A foreign correspondent from the Guardian has accused GOP U.S. House candidate Greg Gianforte of assaulting him during an interview.”

Jacobs is American and lives in the United States.

In April, Sinclair Broadcast Group, a conservative local news operator, bought three NBC stations in Montana. The stations’ coverage of the assault was deeply generous to Gianforte on Wednesday night. “Gallatin County Sheriff Brian Gootkin announced Wednesday evening that he is investigating an alleged altercation between Special Congressional Election candidate Greg Gianforte and a reporter from The Guardian,” the networks reported on their collective website. “Gootkin also said there is no evidence of a video to verify the incident as previously reported by other news outlets. NBC Montana takes pride in reporting only verifiable facts from independent reliable sources, officials and documents, regardless of what is reported by other media outlets. The only verifiable facts are what is being stated by the Gallatin County sheriff at this time,” the networks wrote.

Gianforte has since been charged with misdemeanor assault. All three Lee newspapers, in what they described as an unprecedented move, rescinded their endorsements.

“There is a pretty long history of papers breaking toward business interests in this state,” said Lee Banville, an Associate Professor of Journalism at the University of Montana. “Endorsements came from publishers and they often skewed pro-business. So, the fact that the papers editorialized that way is not too shocking.”

The Lee board includes a number of Republican donors and other conservatives. The enterprise owns two other local newspapers in the state as well; neither explicitly endorsed, though they run copy from their sister publications.

Nancy Donovan, a founding partner of the Circle Financial Group, has been on the Lee Enterprises board since 2003. She gave $1,000 to support former Republican House Leader’s John Boehner’s re-election in 2010, and $2,400 to former Illinois Republican Senator Mark Kirk’s campaign.

Gregory P. Schermer, who spent 27 years with Lee before retiring and remains a member of the board, donated to the presidential bids of John McCain, Mitt Romney, and Marco Rubio.

Herb Moloney, who is a Lead Director on the board, was previously a publisher of the conservative Washington Examiner.

Other members of the board, such as Frank Magid, have given to both Democrats and Republicans. Leanord Elmore gave $450 to Hillary Clinton’s presidential bid.

“The one that is really interesting is here in Missoula. Missoula is basically the Berkley of Montana, a liberal college town with lots of your people and intellectual progressive types. This is not a town or county Greg Gianforte will win,” said Banville. “And so the paper backing the Republican caught a lot of flak from the community because it did not represent the town. And if you read it, the paper is justifying its decision throughout rather than outlining a positive case for the Republican. It is written in a defensive crouch; I think because of the reaction they knew they would get.”

The Missoulian editorial is indeed titled “Our endorsement in the special election (with some reservations),” and those reservations are obvious in the writing. The paper writes that Gianforte has “the education, experience, brains and abilities to be successful in Congress. But only if he holds firm to his promise to set aside his own personal ideology whenever necessary in order to uphold Montana values.” It notes that the candidate “assured the Missoulian editorial board that he can and will do just that. The people of Montana must hold him to that pledge.”

Last week, Chris Rush, the publisher of The World, a local paper in Oregon owned by Lee Enterprises, stepped down from his job, and offered a blunt assessment in his goodbye column.

The industry’s economic fortunes have changed for the worse since the ‘great recession’ of 2008. Corporate ownership by publicly-traded companies like Gannett, Gatehouse, McClatchy and Lee Enterprises (which owns this newspaper) has become the norm. Independent and family-owned newspapers with deep roots in their local communities are disappearing from the landscape.

At the same time, I have watched the autonomy of the local newspaper being eroded day by day and replaced with central planning from remote corporate offices. More and more decisions about your local newspaper — from its national news and feature content to how much you pay for your subscription — are being determined in boardrooms far away.

The column was picked up by a former reporter running a blog in Montana. He thought he noticed something familiar.

Top photo: The three candidates, Republican Greg Gianforte, from left, Democrat Rob Quist, and Libertarian Mark Wicks vying to fill Montana’s only congressional seat await the start of the only televised debate ahead of the May 25 special election, on April 29, 2017, in Great Falls, Mont.

This piece was updated to reflect the arrest of House candidate Gianforte and to include details of how it was covered.

Top photo: The three candidates, Republican Greg Gianforte, from left, Democrat Rob Quist, and Libertarian Mark Wicks vying to fill Montana’s only congressional seat await the start of the only televised debate ahead of the May 25 special election, on April 29, 2017, in Great Falls, Mont.