The French president suggested the Russian government had tried to prevent his election by spreading rumors about him through state-owned news networks. 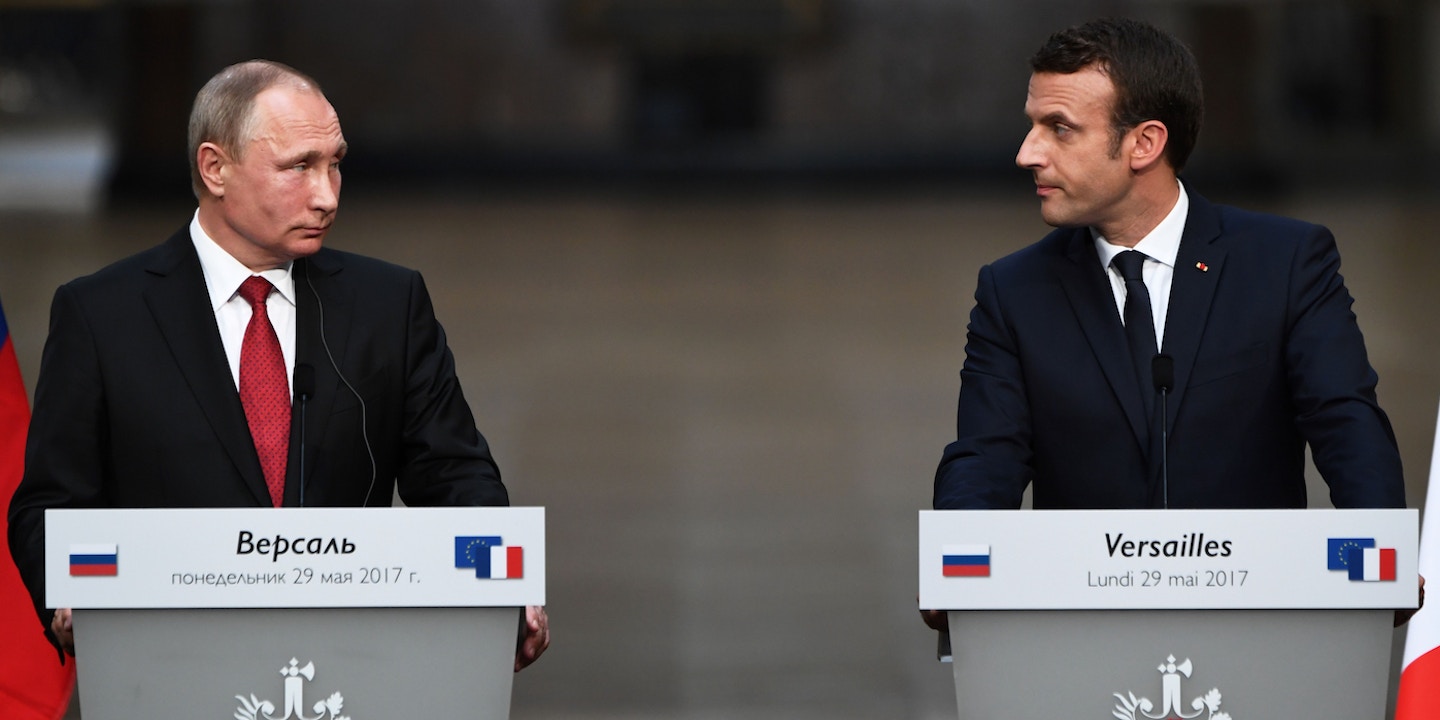 The first meeting between Emmanuel Macron, the newly elected president of France, and his Russian counterpart, Vladimir Putin, was bound to be a little awkward, given that Macron’s aides had all but publicly blamed Russia for a massive cyberattack on his campaign on the eve of the election.

Asked about those suspicions on Monday at a joint news conference with the Russian president in Versailles, Macron said that the subject had not come up during their working lunch — because he had already raised it when Putin called to congratulate him on his victory. “When I say things once, I don’t usually repeat myself,” Macron added.

Moments later, however, the French president left little doubt that he was convinced the Russian government had tried to prevent his election by spreading false rumors about him through two state-owned news networks, Russia Today and Sputnik.

Standing next to Putin, Macron told Xenia Fedorova, the head of the Kremlin-financed channel RT France, that her reporters had been denied access to his campaign headquarters before the vote because they had been acting not as journalists but as propagandists.

France 24 provided English subtitles of Macron’s complete reply, but even without them, many viewers of the exchange were struck by Putin’s visible discomfort when the French president described Russia Today and Sputnik — which are both financed directly by the Kremlin — as, essentially, Potemkin news organizations.

Macron attacks RT and Sputnik as propaganda organs. Nobody has done this in front of Putin before. https://t.co/Uri4R6Zn1y

“When news outlets spread defamatory untruths, they are no longer journalists. They are influence operations,” Macron said, as Putin shifted uneasily from side to side. “Russia Today and Sputnik were influence operations during this campaign, which on several occasions told lies about me personally and my campaign.”

Macron added that he considered the blatant rumor-mongering by the two outlets — which included promoting false claims that he had a gay lover and an off-shore bank account — to have been part of an attempt to interfere in France’s democratic process.

Instead of reporting on his campaign, Macron said, the two Kremlin-funded outlets aimed at readers outside Russia had simply published “serious falsehoods” and “lying propaganda.”

Macron lays into Russian media "lies" during campaign. Next to Putin. Haven't seen him that angry since Le Pen debate pic.twitter.com/T9lQwY2HoK

Margarita Simonyan, who oversees the Russia Today network from Moscow, responded with indignation. “If you follow Macron’s logic,” she wrote on Twitter, “then all the mainstream media should be expelled from Russia.”

After describing dialogue with Russia as essential to solving a number of problems, Macron also said that he had been frank about the need for Putin to stop the brutal treatment of members of the LGBT community in the Russian republic of Chechnya.

His campaign team shared video of those remarks, and a quote from his denunciation of the Russian state media outlets, on Twitter.