Donald Trump and other Republicans decry Islamist terror attacks in the U.S. but pay scant attention to attacks by white nationalists, such as in Portland.

O Sean Duffy, where art thou?

Back in February, the Republican congressman from Wisconsin told CNN’s Alysyn Camerota that white terrorists of the far-right variety did not pose the same level of danger to Americans as so-called “Islamist” or “jihadist” terrorists. Why? “I don’t know, but I would just tell you there’s a difference,” proclaimed Duffy, who went on to dismiss as a “one-off” the attack on a mosque in Quebec by a Trump-supporting white nationalist, in which six Muslim worshippers were killed.

One-off? Seriously? Has Duffy been reading the news in recent days? On May 20, Richard Collins III, a black, 23-year-old U.S. Army second lieutenant, was murdered while visiting the University of Maryland by a member of a Facebook group called “Alt-Reich: Nation.” According to University of Maryland police chief David Mitchell, the group promotes “despicable” prejudice against minorities “and especially African-Americans.” Canadian security forces patrol after a fatal shooting in the Islamic Cultural Centre of Quebec in Quebec City on Jan. 29, 2017.

On May 26, 53-year-old U.S. Army veteran Rick Best and 23-year-old recent university graduate Taliesin Myrddin Namkai-Meche were murdered, while 21-year-old poet Micah David-Cole Fletcher was severely injured, by a knife-wielding white supremacist when the three of them tried to prevent him from harassing a Muslim woman in a headscarf on their commuter train in Portland, Oregon.

Why isn’t Duffy back on CNN decrying the threat posed by such vile domestic terrorists? Why aren’t the Republican political and media establishments loudly alerting voters to the white-skinned far-right menace in their midst?

Can you imagine the tweetstorm from President Donald Trump if two U.S. soldiers — one serving, one a veteran — had been killed on U.S. soil by Islamist terrorists in the space of a single week? Can you imagine the rolling coverage on Fox News if it had been a ranting Muslim man who had slashed the throats of three Good Samaritans trying to protect two women on a train in Portland?

For far too long, those of us who have warned of the threat from far-right, white supremacist terrorists have been accused of trying to shift attention away from the threat of ISIS and Al Qaeda — of acting as Muslim apologists.

For far too long, a veritable industry of politicians, pundits, and self-styled security “experts” have strived to minimize the domestic terror threat from far-right groups while inflating the threat from foreign jihadists.

Compare and contrast: Islamist terrorists are depicted as wild-eyed fanatics driven to kill by their religious faith or ideology, while far-right terrorists — be it the shooter of two Hindus in a bar in Kansas in February, or the killer of nine black worshippers in a church in Charleston, South Carolina, in 2015, or the murderer of six Sikh worshippers in a temple in Duffy’s own state of Wisconsin in 2012 — are almost always “mentally ill.” After the recent double murder in Oregon, it didn’t take long for Portland police spokesperson Pete Simpson to announce: “We don’t know if [the suspect] has mental health issues.” (Isn’t it weird how we Muslims seem somehow immune to “mental health issues”? Mashallah.) 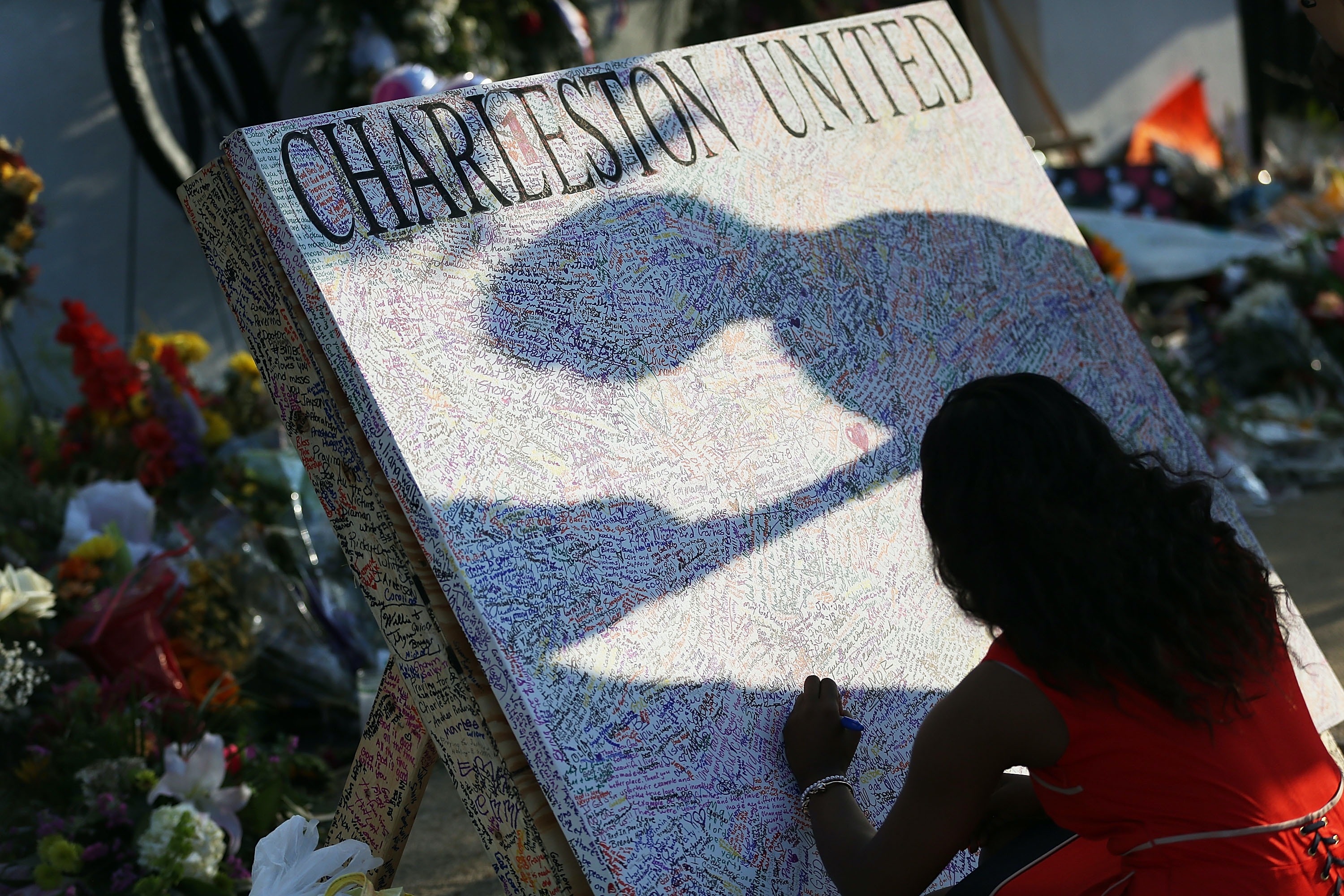 Alana Simmons leaves a message on a board in front of the Emanuel African Methodist Episcopal Church after a mass shooting at the church left nine people dead, on June 22, 2015.

Today, the terror threat from far-right white supremacists is the terror threat that dare not speak its name. Leading conservatives, and even some liberals, are keen to downplay the danger that they pose and to divert and deflect attention away from homegrown white extremists and toward what President Trump likes to call “radical Islamic terrorism.”

Islamist terrorists, it seems, are more deadly in terms of the number of people killed in each of their attacks, yet far-right terrorists are far more active in carrying out attacks on U.S. soil. A plethora of reports and studies — from the New America Foundation to the Combatting Terrorism Center at West Point — have backed the GAO on this point. One group of researchers even found that “compared to Islamist extremists, far-right extremists were significantly more likely to … have a higher level of commitment to their ideology.”

Meanwhile, U.S. law enforcement agencies, according to a survey carried out by the Triangle Center on Terrorism and Homeland Security, “consider anti-government violent extremists, not radicalized Muslims, to be the most severe threat of political violence that they face.”

Forget Congressman Duffy: These agencies won’t get much sympathy from their new Republican president either. As Reuters reported in early February, less than two weeks after Trump’s inauguration, the White House expressed a desire to “revamp and rename a U.S. government program designed to counter all violent ideologies so that it focuses solely on Islamist extremism … and would no longer target groups such as white supremacists who have also carried out bombings and shootings in the United States.”

The news was met with glee in far-right circles. “Donald Trump,” wrote Andrew Anglin, editor of the neo-Nazi Daily Stormer website, “is setting us free.”

Top photo: A young woman comforts a crying man outside the courtroom after Jeremy Christian was arraigned in Portland, Ore., on May 30, 2017. Christian was in Multnomah County courtroom facing two counts of felony aggravated murder and other charges for a stabbing incident on a Portland light-rail train.