The lawsuit accuses O’Keefe and his organization, Project Veritas, with breaking local and federal wiretap laws and running afoul of other statutes. 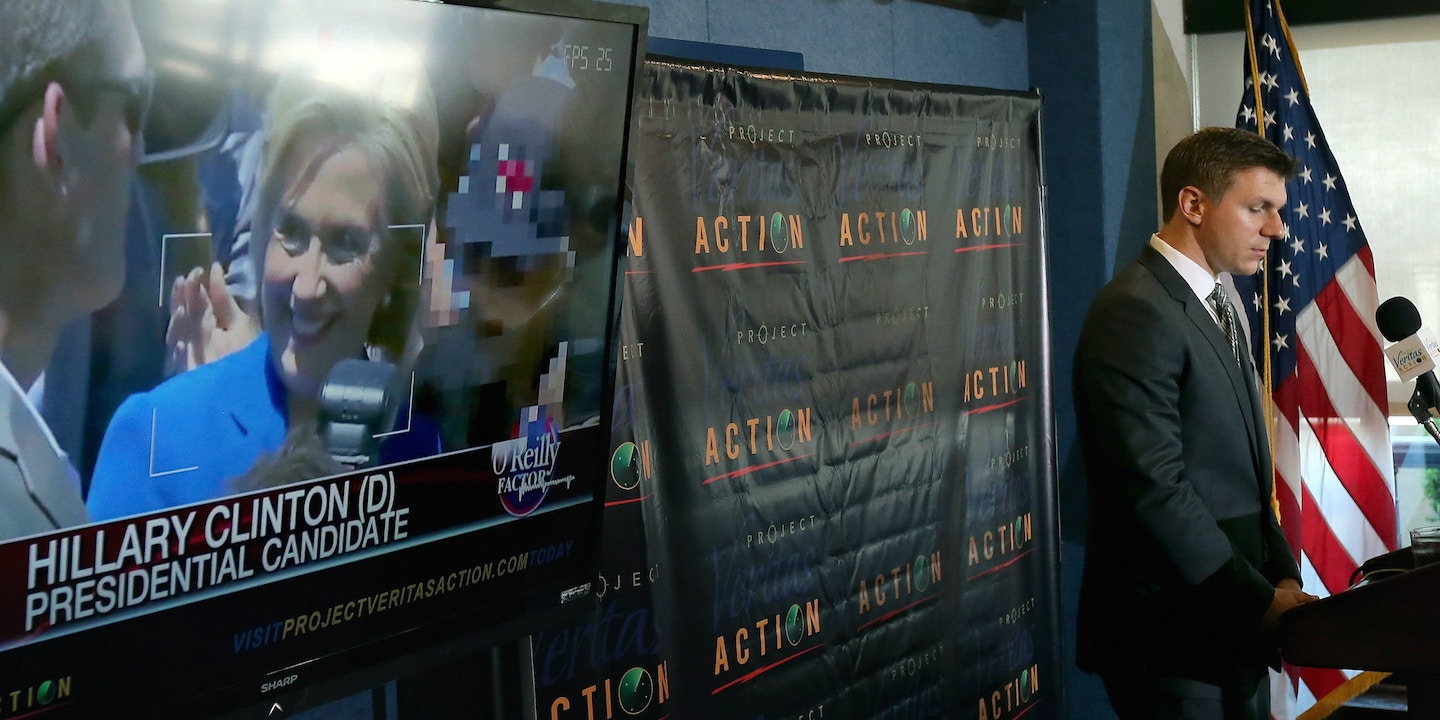 Conservative provocateur James O’Keefe III will be hit with a million-dollar lawsuit on Thursday, sources behind the filing tell The Intercept.

The lawsuit accuses O’Keefe and his organization, Project Veritas, with breaking local and federal wiretap laws and running afoul of other statutes, dubbing him and two colleagues “modern-day Watergate burglars.”

“Basically O’Keefe and Maass were modern-day Watergate burglars. They used fraud to get Maass a position as an intern at Democracy Partners so they could steal documents and secretly videotape conversations,” said Joe Sandler, a lawyer representing the plaintiffs. “There is no question that, in doing so, they violated federal and D.C. law and should be held liable for the damages suffered by our clients as a result.”

O’Keefe’s scheme involved having a man claiming to be a potential donor to the Democratic group Americans United for Change ask Robert Creamer, a principal at Democracy Partners, if his niece, going by the name Angela Brandt, could do volunteer work. Brandt was in fact Maass.

Maass, much like the burglars who broke into the Democratic National Committee headquarters ahead of the 1972 campaign (though without the physical break-in), pilfered a large cache of documents. Maass also secretly filmed interactions with Democracy Partners staff.

O’Keefe worked closely with the right-wing local news chain Sinclair Broadcast Group in rolling out the videos produced from the sting. President Trump’s top adviser and son-in-law Jared Kushner had struck a deal during the campaign with Sinclair that exchanged access for favorable coverage. Sinclair is deeply influential at the local level, having the trust of local television networks.

Project Veritas also distributed the videos through the conservative outlet Breitbart, which was a veritable arm of the Trump campaign during the election; its former honcho, Steve Bannon, took a leave to officially run Trump’s campaign, though he stayed in close touch with reporters there, according to sources familiar with the relationship. The Trump Foundation previously gave Project Veritas $10,000 and, after the election, Trump called O’Keefe to thank him and invite him to the inauguration.

Creamer, a plaintiff in the Thursday suit and a central figure in the O’Keefe videos, announced he was “stepping back” from his work on behalf of the Clinton campaign in the wake of the video release. Operative Scott Foval left his job with AUC. The videos alleged a voter-fraud scheme and came after Trump had made unfounded accusations of widespread fraud. He used the videos to claim vindication.

Wisconsin’s attorney general looked into charging Foval, and his office announced in April it was closing the case. Days later, under pressure, he reversed himself, and said the investigation remains open.

Georgetown University Law Center’s Institute of Public Representation agreed to take on the lawsuit, suggesting that it may have legal merit.

Institute of Public Representation staff attorney Yael Bromberg said her center got behind the case “because the fraud that O’Keefe and Project Veritas perpetrate debase our politics and has no place in our democracy.”

“When we heard about the manner and method which it took place, it occurred to us this is an issue about democracy, not partisanship,” she added. “This is not about journalism, it’s about political espionage.”

It is legal in Washington to record a conversation with another person without their consent, but Bromberg argued that O’Keefe and Maass are not shielded by that law because of the civil conspiracy, fraud, and duplicity behind the project.

Update: June 1, 2017, 4:47 p.m.
This piece was updated to include a quote from O’Keefe’s statement and clarify that Project Veritas employees did not physically break into Democracy Partners’ office.