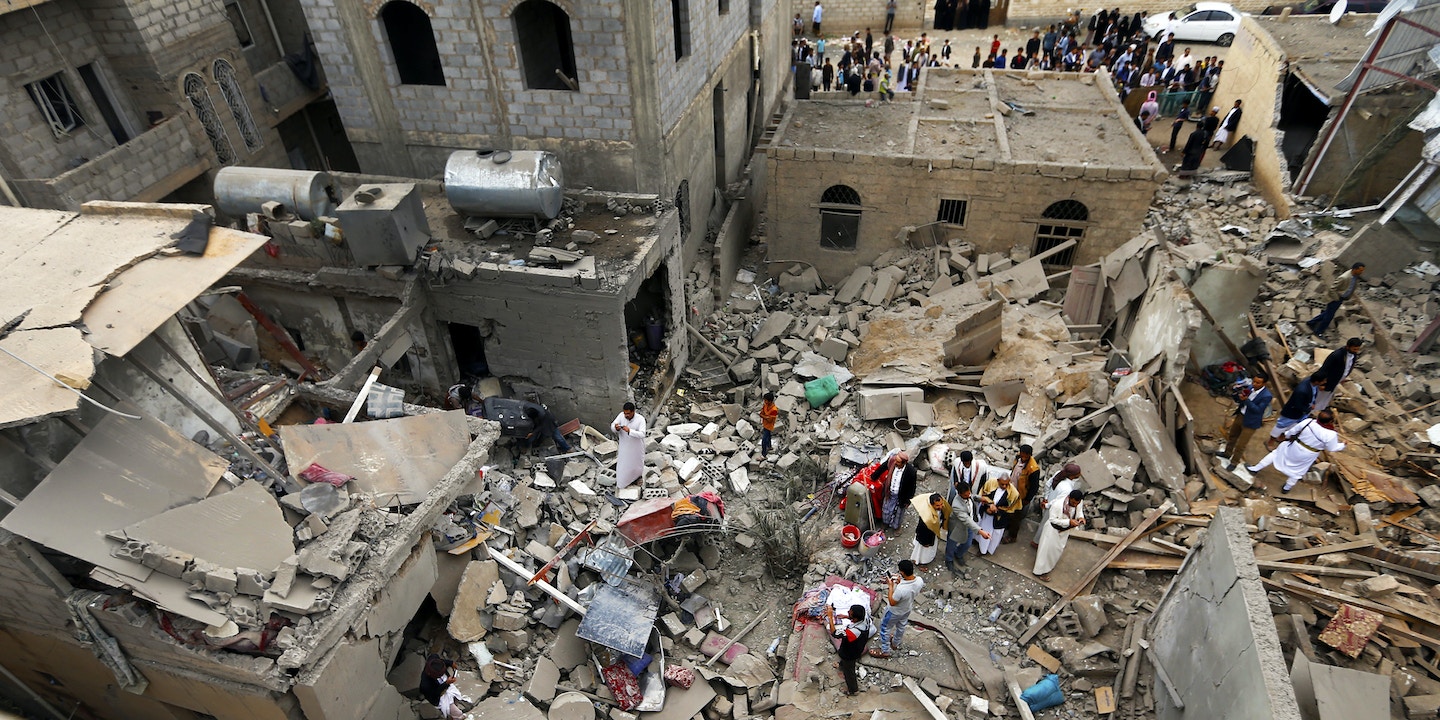 Following a last-ditch lobbying effort by the Trump administration, the Senate narrowly rejected a measure condemning a $500 million weapons sale to Saudi Arabia, which is engaged in a brutal bombing campaign in Yemen.

During his visit to Saudi Arabia, President Donald Trump praised the war in Yemen and signaled his intention to make a total $110 billion weapons package to the Persian Gulf kingdom. That prompted Sens. Chris Murphy, D-Conn., Rand Paul, R-Ky., and Al Franken, D-Minn., to introduce a resolution of disapproval against the sale of precision-guided weapons, pointing out that Saudi Arabia had used U.S. weapons to target civilians in Yemen. The resolution would have forced the Senate to vote on whether to block the transfer.

The measure, however, failed by a narrow margin of 47 to 53. The vote was much closer than a similar measure in September, which failed 71 to 27.

While the resolution went down in defeat, the increased vote total represents a shift in official Washington’s approach to the Middle East. With turmoil in Syria and 2015’s nuclear deal with Iran, the orthodoxies of Middle East policy — including turning a blind eye to rights abuses by U.S. allies — are being overturned. Tuesday’s proposed measure was presented by a bipartisan coalition of Republican libertarians and liberal Democrats.

Some prominent Democrats who had voted against the September bill changed their tunes on Tuesday. Senate Minority Leader Chuck Schumer, D-N.Y., and Senate Foreign Relations Committee ranking member Ben Cardin, D-Md., both came around to supporting the measure of disapproval against the arms sales.

Cardin told The Intercept that many Democrats changed their vote because they didn’t see a commitment from Trump to end the conflict. “The main reason is we don’t see from President Trump,” he said, “a foreign policy that ends this conflict and the humanitarian crisis it’s causing.”

Sen. Sherrod Brown, D-Ohio, was also one of the Democrats who flipped in favor of the Murphy-Paul bill. “We know more and more what’s happening in Saudi Arabia,” he said, explaining his shift. Sen. Jeff Merkley, a Democrat from Oregon and one of the Senate’s most dovish lawmakers, surprisingly opposed the Murphy-Paul measure in September. But he voted in favor of it this time. “It’s becoming increasingly clear that Saudi Arabia has been deliberately targeting civilian targets,” he explained to The Intercept. “And that’s absolutely unacceptable, so as that became clear that’s why I wanted to help send this message.”

Murphy and Paul made a strong push for their measure in the run-up to the vote. Paul, in particular, took to the Senate floor with an image of a starving Yemeni child, pointing to the growing famine as a result of the war.

Sen. Bernie Sanders, I-Vt., also spoke on the floor in favor of the measure. “In addition to being morally indefensible and strategically shortsighted, the Trump administration’s unconditional support for the Saudi coalition — including billions of dollars in sales — risks dragging the United States into yet another war in the Middle East,” he said.

Saudi Arabia began bombing Yemen in 2015, when Houthi rebels took over Yemen’s capital and forced out the Saudi-backed ruler. Since then, Saudi Arabia has maintained a strict naval blockade that has left 19 million people in need of humanitarian aid. Meanwhile, the Saudi air force has used U.S. weapons to bomb schools, hospitals, and food and water infrastructure.

When asked whether he had human rights concerns about Saudi conduct in Yemen, Sen. John McCain, R-Ariz., said, “I’m very worried about Iranian conduct in Yemen.” When supplied with a follow-up, McCain responded, “I’ve answered all your questions.” President Donald Trump walks away after posing for a group picture with leaders of the Gulf Cooperation Council in Riyadh on May 21, 2017.

Proponents of arming Saudi Arabia frequently point to Iran’s support for the Houthis as a reason for justifying their military action. While Iran has sent small arms to the Houthis, many analysts have argued that their influence over the group is vastly overstated.

On Tuesday, Sen. Lindsey Graham, R-S.C., was among those pointing to Iran to defend Saudi Arabia’s conduct. When asked if Yemenis would be radicalized by being bombed by American weapons, he redirected his answer. “They should be mad at Iran who toppled their government, who wants to turn it into a satellite nation,” he said. (Independent Yemen experts have described this claim as untrue.)

Other Republicans told The Intercept that members of their party were concerned about jobs for the U.S. weapons industry.“We need this,” Sen. Richard Shelby, R-Ala., said of the arms sale to Saudi Arabia. “We’re gonna sell arms to them.” He added, “Create jobs, but they’re also an ally.”

Paul told The Intercept he believes there will be votes on future arms sales and that he anticipates further momentum in favor of his point of view. “This may very well not be the last time they have to ask again for permission for more arms,” he said. “And I think as the famine gets more desperate, as the blockade continues, maybe we can convert a few Republicans who may care about the famine and the deaths.”

Though Paul’s effort ultimately failed, he was heartened that more senators had joined him. “We almost doubled our vote!” Paul said.

Correction: February 11, 2019
This article has been corrected to reflect that Chuck Schumer is the Senate’s minority leader, not majority leader.