Conservatives in the U.K. are being accused of taking it easy on Saudi Arabia as the kingdom wages a brutal war in Yemen. 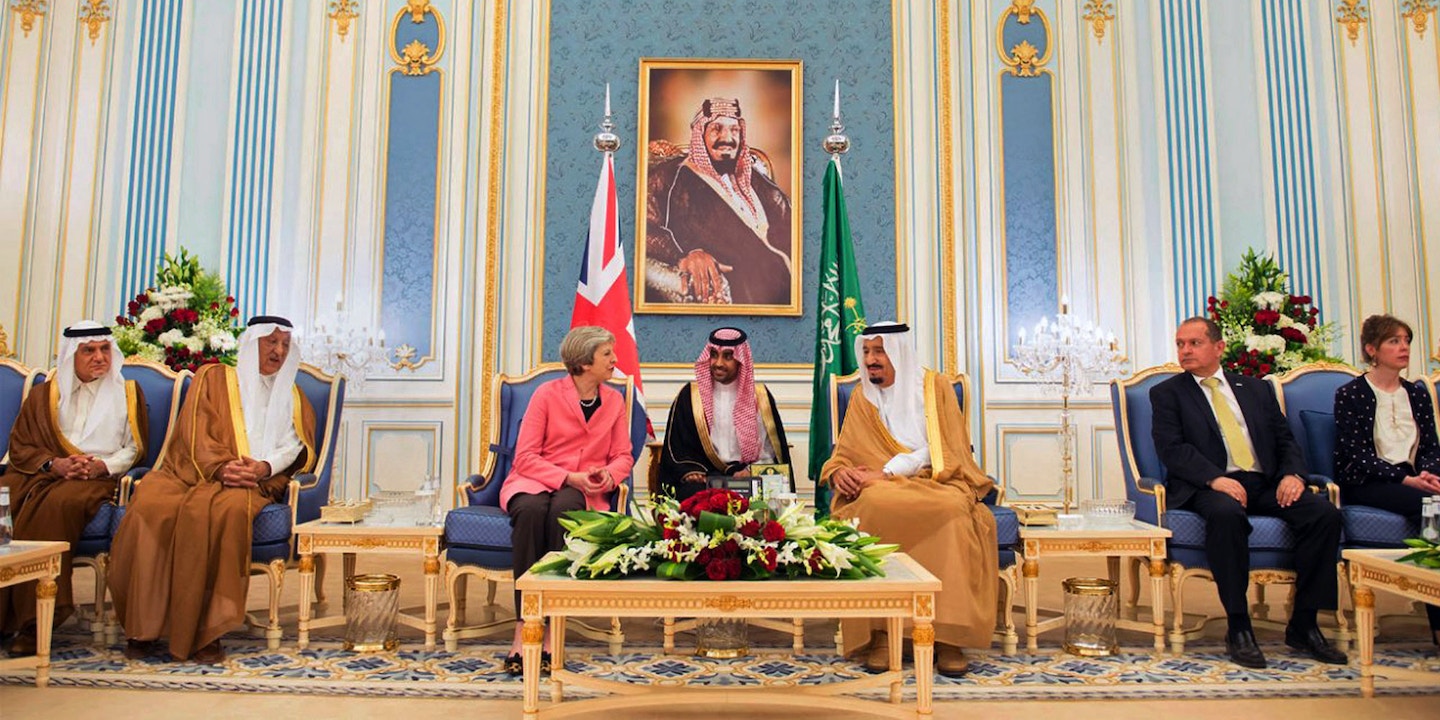 New figures released by British Parliament show that, at a time when U.K. Prime Minister Theresa May’s ties to Saudi Arabia have become an election issue, conservative government officials and members of Parliament were lavished with money by the oil-rich Saudi government with gifts, travel expenses, and consulting fees.

Tory lawmakers received the cash as the U.K. backs Saudi Arabia’s brutal war against Yemen, the poorest country in the Middle East.

Labour leader Jeremy Corbyn has made the U.K.’s uneasy alliance with the Saudis an election issue, with voters going to the polls on June 8. The Tories’ ties to Saudi Arabia, Labour leaders charge, have resulted in record weapons sales — conservative governments have licensed £3.3 billion ($4.2 billion) in arms sales to the Saudi military since the onset of the Yemen campaign — and a reluctance to criticize human rights abuses.

While Tory politicians have defended the arms sales to Saudis as a move to shore up Britain’s allies in the region, Tory members of Parliament have collected £99,396 ($128,035) in gifts, travel expenses, and consulting fees from the government of Saudi Arabia since the Yemen war began.

The kingdom’s financial ties to Tory parliamentarians are detailed in the register of financial interests, a disclosure published by Parliament.

Some of the the Saudi kingdom’s largesse came in the form of gifts. Then-Foreign Secretary Philip Hammond, now the Chancellor of the Exchequer who has come under fire for defending a mass execution in Saudi Arabia that included a nonviolent government critic, accepted a watch from the Saudi ambassador worth £1,950 ($2,514). Tory MP Charlotte Leslie, who has presided over parliamentary debate regarding foreign policy in the Middle East, received a food basket from the Saudi Embassy with an estimated value of £500 ($644).

The Saudi Arabian government has also picked up the tab for four expense-paid junkets taken by Tory lawmakers to visit the kingdom since the Yemen war began. The costs for accommodation, travel, and meals for the lawmakers range from £2,888 ($3,724) to £6,722 ($8,668). At least 18 conservative lawmakers have participated in the trips, according to the register of financial interests.

Tory Rehman Chishti, one of the participants in a Saudi junket last year, was also paid £2,000 ($2,579) per month as an adviser to the King Faisal Center for Research and Islamic Studies, a state-backed think tank in Saudi Arabia. The arrangement began in February 2016.

The gift-giving appears to be part of an influence effort on both sides of the Atlantic. As the Intercept has reported, the Saudi Arabian government has rapidly expanded its lobbying presence in Washington, D.C., hiring consultants and public relations experts with close ties to President Donald Trump. Since 2015, the number of registered agents working for the Saudi Kingdom grew from 25 to 145 individuals.

The arms trade is one of several issues confronting Saudi Arabian officials. This week, The Guardian revealed that Prime Minister Theresa May’s conservative government has signaled that it will suppress a report on foreign funding for extremist groups, which is believed to document Saudi ties to Islamic fundamentalists.

Correction: June 4, 2017
This story has been updated to correct Philip Hammond’s current title.