“My preference is that we … have one single payer either at the national level or through the 50 states,” Brown said in 1992. 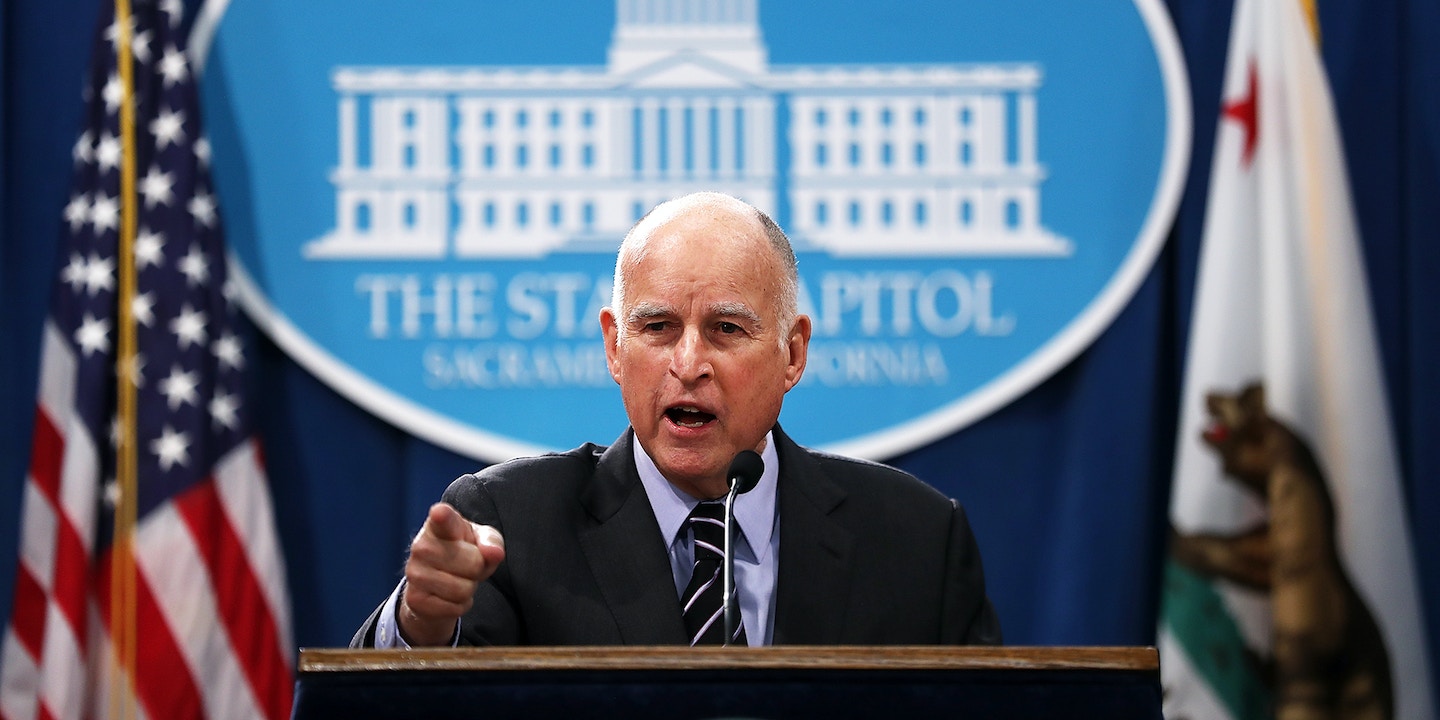 It also faces opposition from California’s Democratic Gov. Jerry Brown. “We’re hearing the governor is doing everything he can to make sure this never gets on his desk,” Paul Song, co-chair of single-payer advocacy group Campaign for a Healthy California, told the Sacramento Bee in early June.

Brown has complained that such a system would be too expensive in the recent past. “Where do you get the extra money?” Brown asked in a chat with reporters that took place in March. “This is the whole question. I don’t even get … how do you do that?”

As some have pointed out, the California single-payer legislation is actually a pretty good bargain.  The efficiencies created from having one public insurer save a lot of money. The state would spend about 15 percent of its gross domestic product to achieve universal health care, which is 3 percentage points less than the United States as a whole currently spends for less-than-universal health care.

Brown himself once forcefully argued exactly that — that moving to a single-payer system would save money and cover everybody. It was a cornerstone of his unsuccessful 1992 bid for the Democratic presidential nomination.

In April of 1992, Brown passionately argued for this system in a debate with then-Arkansas Democratic Gov. Bill Clinton on the nationally-syndicated Phil Donahue Show.

“My preference is that we create a single system, put everyone under a universal health care system. We treat health care not as a commodity to be played with for profit but rather the right of every American citizen when they’re born,” he explained.

He then went on to explain how this system would save money:

“You cut out all the private health insurance. You have one single payer either at the national level or through the 50 states. And that one single payer will be the one that negotiates with the doctors, the hospitals, and the other providers. And since you have only one source of income in the whole medical establishment, you can drive down the cost. With the holding down of the cost, you can eliminate the intermediary, the middle man, the bureaucracy. In some of these hospitals there’s more people doing the billing then there are in direct patient care on an eight-hour shift. It doesn’t make any sense. But through a single payer, as we’ve seen in Canada, you can eliminate tremendous amounts of paperwork both for the doctors, the hospitals, and the part of the insurance companies.”

Top photo: California Gov. Jerry Brown speaks to reporters during a news conference in Sacramento, Calif., on May 11, 2017.