OAS Head Pledges Martyrdom For Venezuela, With a Touch of Hypocrisy

The Organization of American States is chomping at the bit to condemn Venezuela’s rights abuses. Is this just more U.S. imperialism in Latin America? 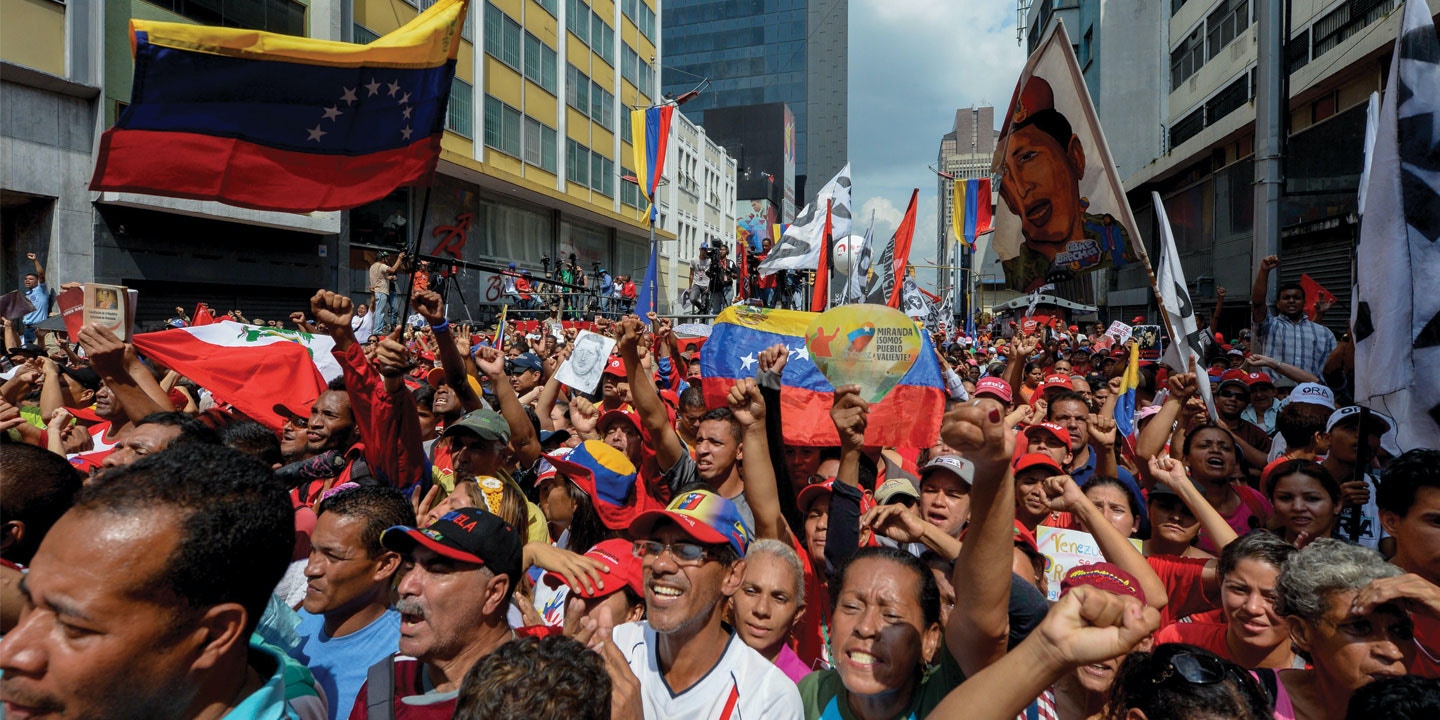 Apparently, martyrdom numbers among the responsibilities of the head of the Organization of American states. On Saturday, OAS Secretary-General Luis Almagro, a longtime critic of Venezuela’s President Nicolas Maduro, said that he would resign “in exchange for freedom in Venezuela.”

“I will resign from the General Secretariat the day that free, fair, and transparent elections are held without impediments,” the former Uruguayan foreign minister pledged. Almagro’s offer came in the wake of a fruitless attempt to pass a resolution on Venezuela at the OAS’s 47th General Assembly in Cancun, Mexico, last week. Venezuela topped the summit’s agenda, owing to the deep political, economic, and humanitarian crises plaguing the once-wealthy, oil-producing member. By all accounts, Maduro has impeded independent electoral processes and an autonomous judiciary. The political crisis is compounded by the fact that a staggering majority of the population faces famine and are unable to access basic medical services. Roughly 75 percent of the population has experienced weight loss, and failing hospitals and limited access to medication have sent infant and maternal mortality rates skyrocketing.

For the OAS, though, these crises took on an intensified urgency when Venezuela threatened to leave the almost 70-year-old organization of Western hemisphere states, over the course the next two years. The departure would be a further blow to already tenuous diplomatic ties between Venezuela and the international community.

The OAS’s failure to arrive at a majority-backed position on the crises in Venezuela, where more than 70 people have died in violent protests in recent months, is yet another installment in the vitriolic unraveling of the international body’s relationship with the Bolivarian Republic. In an op-ed in the New York Times earlier this year, Almagro proclaimed, “If Venezuela does not return to a democratic path within a month, it should be suspended from the OAS.” Now, it seems, Almagro will put himself in the line of fire to get Venezuela to return to the fold.

Whether or not Almagro’s offer is made in good faith is another question entirely — and it’s a question that the Latin American left feels all too ready to ridicule. In response to Almagro’s bid, Bolivian President Evo Morales tweeted an offer to “free brother Luis Almagro from submission to the North American empire.” Though Morales’ jab lacks the concrete consequences of Almagro’s proposal, the exchange iterates deep ideological schisms within the OAS itself. Much of the Latin American left has long condemned the OAS as an arm of Washington’s neoliberal agenda, and Morales sees Almagro’s censure of Maduro as neatly situated within that paradigm. Morales’ stance echoes Venezuela’s own criticisms of the OAS; Venezuelan foreign minister Delcy Rodriguez upbraided Maduro’s critics as “lapdogs of imperialism” before walking out of meeting of foreign ministers at last week’s summit.

Yet OAS’s attempts to redress anti-democratic activities on the part of the Venezuelan government might be too quickly condemned as manifestations of North American imperial interests, according to Stella Krepp, a historian at the University of Bern who specializes in the history of OAS. “The reality is that many Latin American governments are profoundly worried about the authoritarian turn in Venezuela, the near collapse of the healthcare and economic system, and the ongoing violent demonstrations,” she said in a statement to The Intercept. Krepp sees a condemnation of imperial interest as a conflation between the mission of the OAS and the U.S. government, the latter of which boasts an impressive historical track record as a violent force for economic neo-imperialism in the hemisphere.

Krepp was careful to note that concerns of authoritarianism did not blind her to the hypocrisy underlying international condemnations of Venezuela. “It is clear that Venezuela has been singled out specifically, because human rights violations and democratic deficits pervade Latin American countries,” she said. Krepp pointed to disappearances in Mexico, a country particularly vocal in its criticism of Venezuela at last week’s OAS summit, as an example of empty human rights rhetoric.

To Daniel Hellinger, emeritus board president at the Center for Democracy in the Americas, the OAS is making an example out of Venezuela’s internal crises as a means of justifying intervention in the nation’s politics. Hellinger sees human rights abuses as the easiest point of criticism in a wider condemnation of Venezuela’s disavowal of liberal democratic values. “The question isn’t whether or not human rights are being violated,” said Hellinger. “The question is how serious a human rights situation should be before you should intervene.” As far as Hellinger is concerned, the main difference between Venezuela’s human rights record and that of many of its highly critical peers is that Venezuela’s transgressions are committed at the hands of an anti-North American socialist government that possesses the largest proven oil reserves in the world.

Correction: June 26, 2017
This piece has been updated to correct the spelling of OAS Secretary-General Luis Almagro’s name.

Top photo: Supporters of Venezuelan President Nicolas Maduro take part in a rally against the secretary-general of the Organization of American States, Luis Almagro, in Caracas on March 28, 2017.