Ted Cruz was just out-raised by his Democratic opponent. How that changes the game. 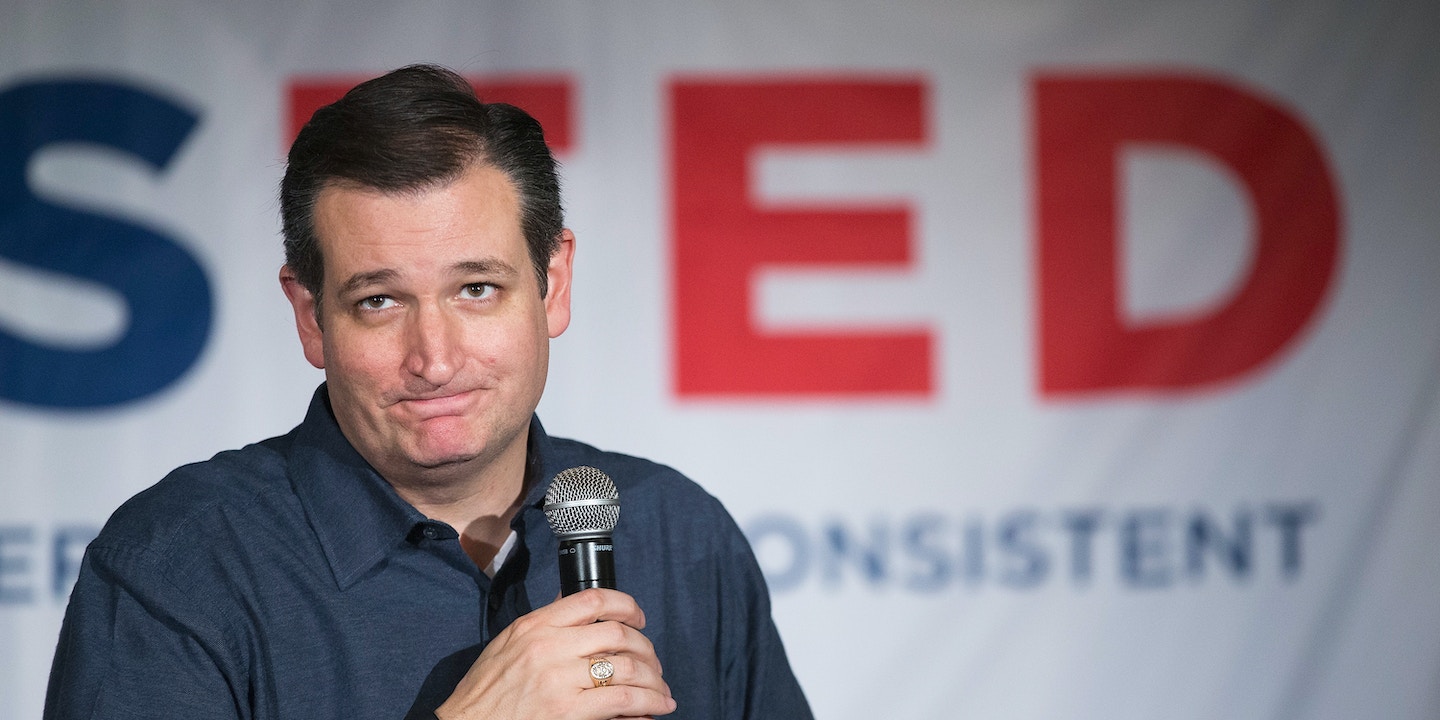 Thursday was supposed to be a good day for Texas Sen. Ted Cruz. Senate Majority Leader Mitch McConnell unveiled his new version of his repeal-and-replace healthcare bill, now complete with an amendment from Cruz that guts protections for people with pre-existing conditions, and slashes insurance regulations. It represents a new kind of Ted Cruz, one working productively toward a solution with GOP leadership — a Texas mile from the burn-it-down cowboy the nation has come to know.

As of now, McConnell, R-Ky., doesn’t have the votes to pass the new version of the Better Care Reconciliation Act, but Cruz has bigger problems: The most prominent Democrat challenging him in 2018, Rep. Beto O’Rourke from El Paso, just announced raising $2.1 million last quarter.

Cruz, meanwhile, brought in a not-so-Texas-sized $1.6 million (though he has more than $5 million in cash on hand).

O’Rourke did it in a surprising, and for Cruz, concerning way: $0 from corporate PACs, 46,574 individual donations, and more than 80 percent of the money coming from genuine Texans. In other words, this is not a Jon-Ossoff-style phenomenon where people around the country are throwing money at O’Rourke.

What’s significant here is what it says about the future prospects of candidates like O’Rourke, who was first elected to Congress in 2012.

He won his seat by beating an incumbent Democrat, Sylvestre Reyes, a former border control guard, from the left. Reyes had fought against a resolution O’Rourke had pushed as a city councilman in El Paso that called on the federal government to contemplate legalizing marijuana as a way to tamp down violence on the border. O’Rourke responded by taking him out, and the primary was a pivotal moment in drug policy politics, as it showed politicians there could be electoral consequences for being too trigger-happy in the drug war — a previously unthinkable proposition.

Moreover, O’Rourke is a backer of single-payer universal health care. He’s ardently pro-choice. And he took on the the American Israel Public Affairs Committee (AIPAC) at the height of the 2014 Israel-Gaza War, casting one of only eight votes against the Iron Dome rocket defense system. “I tried to find him on the floor, but I couldn’t,” then-Rep. Jim Moran, D-Va.,(who’s had his own run-ins with AIPAC) later told the New Yorker. “I wanted him to switch his vote. Now, he might not have switched it anyway, because — as shocking as it may be — he’s in Congress solely to do what he considers to be the right thing. I’m afraid he may have a tough race in November.”

O’Rourke did not have a tough race that November, despite electoral threats that were leveled at him after the vote.

But the way O’Rourke is raising money changes the game. The El Paso congressman does not have much in the way of a national fundraising network, has refused corporate PAC money, and is known among his colleagues to be a less-than-enthusiastic fundraiser. That’s the kind of lawmaker who often had little future in Washington — but exactly the kind many grassroots Democrats would like to see rise. The type of person who is good at spending hours a day with doctors, bankers, lawyers and other professionals who can write four- and five-figure checks is A) probably not hard-wired to be a conviction politician and B) vulnerable to have their politics diluted just by virtue of the conversations they’re having day in and day out.

Former Rep. Tom Perriello, D-Va., said that spending so much time on the phone fundraising winds up creating “an enormous anti-populist element, particularly for Dems, who are most likely to be hearing from people who can write at least a $500 check. They may be liberal, quite liberal in fact, but are also more likely to consider the deficit a bigger crisis than the lack of jobs.”

O’Rourke told The Intercept that the burst of fundraising gives him hope that the legislative process can be salvaged. “It means it’s up to people again, and that, for me, is restoring my faith in our democracy that has been so badly shaken by being in Congress for four and a half years and seeing everyone do what you just said,” O’Rourke said, referring to the hours members of Congress spend hours on the phone with donors. It crowds everything else out, he said, explaining that “it is a luxury to get to sit through a committee hearing, it is a luxury to get to know your colleagues, it’s a luxury to become a subject matter expert on something, because you just cannot afford to do that if you want to get re-elected. And I think if we win, part of what people will draw from that is there’s a way to win, and that involves depending on people.”

(He added that he does indeed spend some time on the phone with potential donors, just not as much as a fundraising consultant might like.)

In years past, a congressman like O’Rourke would hit a career ceiling quickly: plum committee spots, which are reserved for good fundraisers looking for PAC money, would be hard to come by, and expensive statewide Senate races off limits. But in 2017, that ceiling is broken, as O’Rourke has managed to localize the model pioneered by Howard Dean, built upon by Barack Obama’s 2008 campaign, and nearly perfected by Bernie Sanders in 2016.

“I didn’t know what to expect when we announced, I just knew it was the right thing to do, it was the thing I had to do,” said O’Rourke. “It’s been so nice that folks in Texas haven’t been listening to the party bosses who are — understandably — focused on, you’ve gotta keep these 10 Senate seats in states that Trump won, and that Texas isn’t worth the risk or worth the money. And they’re not listening to the conventional wisdom that says this is a red state. I’d love to take credit for it but there’s no way — and my wife will remind me if I start getting a big head — the folks who are showing up to events, the folks who are donating, it’s less about me, more about the decision they had already arrived at: that they were going to get involved. They weren’t going to sit this one out and they were going to do whatever it took to make things right and get their state back.”

As a result of O’Rourke’s eye-popping fundraising total, Democrats are now running a serious campaign in Texas — just as they were forced to do with House special elections in Montana and Georgia, both places they were reluctant to engage early on. (They were less reluctant in Georgia, but still only got in after grassroots money began pouring into Jon Ossoff’s campaign.)

The grassroots army doesn’t mean O’Rourke will win, and he is still quite a longshot, but it means Republicans will have to devote resources to it, time and money that can’t go elsewhere. Even a losing campaign builds infrastructure for future efforts, but then again, nobody expected Trump to become president, or Sanders to nearly snatch the nomination. Trump carried Texas by nine points.

If the Democratic Senatorial Campaign Committee takes several million dollars and burns it on a losing race, it’s fair to wonder if the money should’ve been spent elsewhere. But the money O’Rourke raised, or most of it, at least, was from small donors who wanted to give specifically to O’Rourke, so it wasn’t the Democratic Party’s money to spend.

Or, more to the point, they wanted to give specifically against Cruz. “It’s certainly about Cruz,” said O’Rourke. “In a real fundamental way, even beyond party or ideology, people just want to make sure they’re served and represented, and the guy has been running for president for four years and has made all these terrible decisions that make him more popular in a national primary, and make him less useful for Texas.

For O’Rourke, the most important thing is that this wasn’t a decision made in Washington. It was made one donation at a time, 46,574 times. “People are going to make it happen,” he said. “They just don’t care what anybody says — they’re going to make this happen.”

Take a survey: Should national Democrats jump into the 2018 Texas Senate race against Cruz?