Reality Winner’s defense lawyers accused the government of attempting to unfairly gag them from discussing issues vital to the case and the public at large. 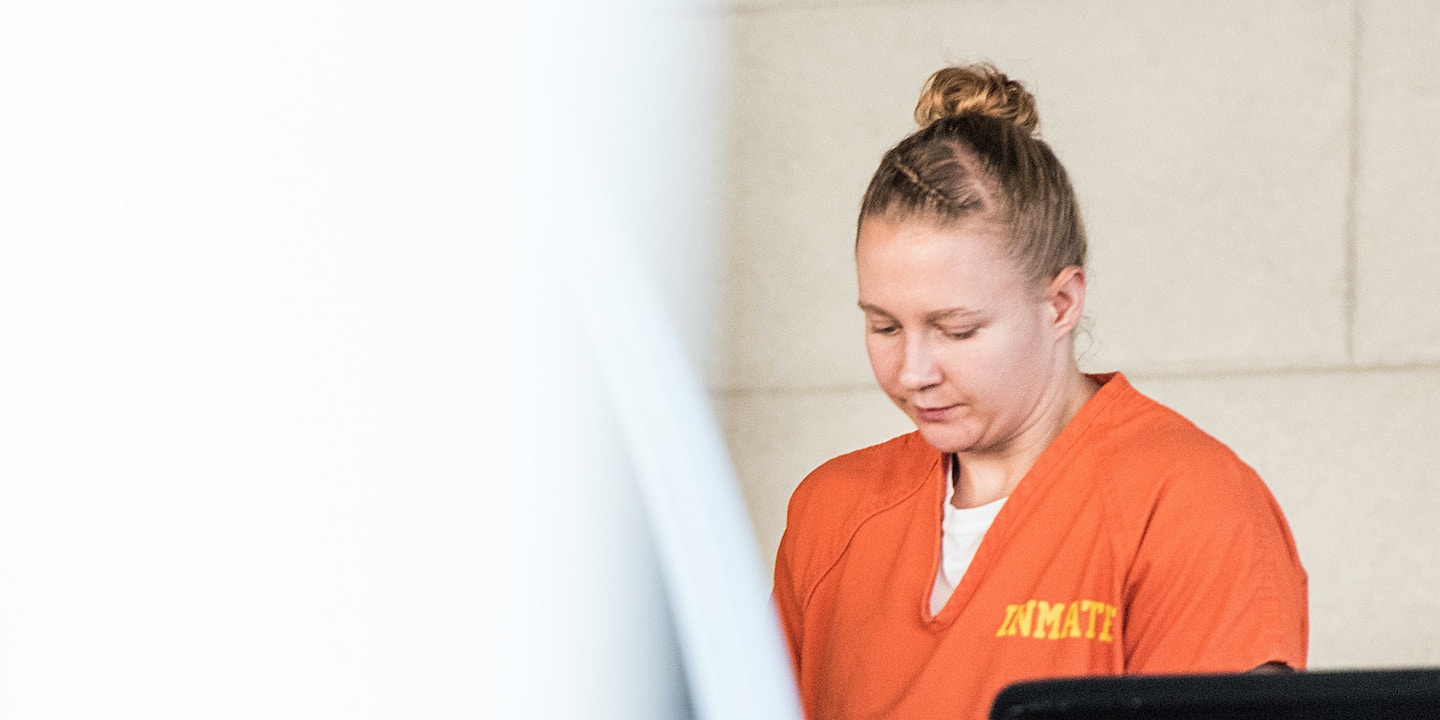 The Justice Department is seeking to impose extreme secrecy rules in the trial of alleged Intercept source and whistleblower Reality Winner that could prevent her defense team from citing countless publicly available news articles in appearances before the court — and even prevent Winner herself from seeing evidence relevant to her defense.

On July 20, Winner’s defense lawyers moved to challenge those arguments, accusing the government in a court filing of attempting to use the pre-trial discovery process to unfairly gag them from discussing issues both vital to the case and the public at large.

Winner was accused last month of leaking a classified National Security Agency document to The Intercept that describes attempts by alleged Russian hackers to gain access to election infrastructure in the United States. She faces charges under the Espionage Act, a 100-year-old law meant for spies and saboteurs, which the government has warped into an anti-leaking statute used to go after sources of journalists attempting to inform the American public. Winner’s trial is set for the end of October.

Under the rules established under the Classified Information Procedures Act, the defense has the right to access certain classified documents from the government that may be relevant to Winner’s case. In response, the government filed for a protective order that will prevent the defense team from revealing the classified information in those documents in its legal filings or to the public.

A protective order surrounding discovery material, by itself, is fairly standard procedure. However, the government is going a step further: They are arguing that the defense would be barred from discussing any information that has appeared in the Washington Post, the New York Times, or any other newspaper if the defense “knows or have reason to know” any of that information is also contained in classified discovery documents they will receive.

The protective order would restrict “our right to cite and quote information in the public domain, such as articles in newspapers, broadcast journalism and online publications,” the defense wrote in their brief. “The order proposed by the Government imposes upon Defense Counsel the duty to question the source of reports in the New York Times or matters discussed on Morning Joe and then to confer with the security officer before repeating or citing these facts even though the information is clearly in the public domain.”

Essentially, the government is trying to bar Winner’s lawyers from discussing large swaths of journalism done around the election, cybersecurity, the Trump administration, and Russia in court, unless each time, they go back and scour thousands of pages of documents to make sure none of their references are also cited in the documents that were handed over.

This is a critical point given that the trial may hinge on whether the prosecution can prove the document Winner is alleged to have leaked could have “damaged” national security. Winner’s team may want to use these stories to provide the jury with much-needed context around the document at issue — to show, for example, that the public interest in election security is extremely high, or that leaking the material in question couldn’t possibly have damaged national security given the mountains of stories about Russian hacking that came before it.

Think about it: Literally everyone in the country has been talking about alleged Russian attempts to influence the 2016 presidential election. It has not only been the subject of front page stories in the nation’s leading newspapers on an almost daily basis, but it has been publicly discussed by virtually every member of Congress, all the intelligence chiefs, and Presidents Obama and Trump. Yet much of this discussion could be barred from the public courtroom if the government has its way.

What’s more, the government argues that Winner herself isn’t allowed to see any of the classified documents handed over to her lawyers at all. As the defense writes in their brief: “The Sixth Amendment right to counsel includes the right to confer with counsel.” What the government is essentially doing here is cutting Winner out from her own defense team, which may have to make key arguments in the case without being able to consult with her about the relevant facts. As her lawyers make clear, “Her telephone calls are taped, and all of her outgoing mail is being reviewed by Government agents. There is no risk to national security that could flow from her being allowed to view the evidence that may be used against her.”

These tactics are likely just the beginning of the government’s attempts to cut off virtually every avenue of defense for Reality Winner. The Justice Department has been cruelly effective in all of the Espionage Act cases aimed at the sources of journalists in recent memory.

Since Pentagon Papers whistleblower Daniel Ellsberg’s days, sources charged under the Espionage Act have been prohibited from explaining their motive to their jury — e.g., informing the public — for leaking information to journalists. Or take the example of Thomas Drake, the NSA executive who was indicted for allegedly giving information on NSA waste, fraud, and abuse to the Baltimore Sun in the mid-2000s. The Justice Department filed briefs in his case demanding that Drake not even be allowed to say the word “whistleblowing” or make any arguments related to the government’s rampant overclassification epidemic in front of the jury. In other cases, prosecutors have convinced judges they don’t have to show actual harm to national security, only the potential for such harm — a much lower bar.

Time will tell exactly what Winner will and won’t be able to tell her jury. But whatever one’s views on Russia’s influence on the 2016 election, everyone can agree that the American public has a strong interest in seeing the evidence the U.S. government has on Russian hacking, and that the woman accused of leaking material on the subject should not be muzzled from using information already in the public domain to defend herself.

Trevor Timm is the executive director of Freedom of the Press Foundation. He is also the co-founder of the Stand With Reality campaign, which is raising money for Winner’s legal defense and awareness about the Espionage Act’s use against the sources of journalists. First Look Media, The Intercept’s parent company, has provided legal support for Winner’s defense through the Press Freedom Defense Fund, and contributed $50,000 in matching funds to the Stand With Reality campaign. You can donate to the campaign here.