The nomination of Pete Hoekstra has alarmed Dutch observers familiar with his bizarre, false claim that parts of their country are ruled by Shariah law. 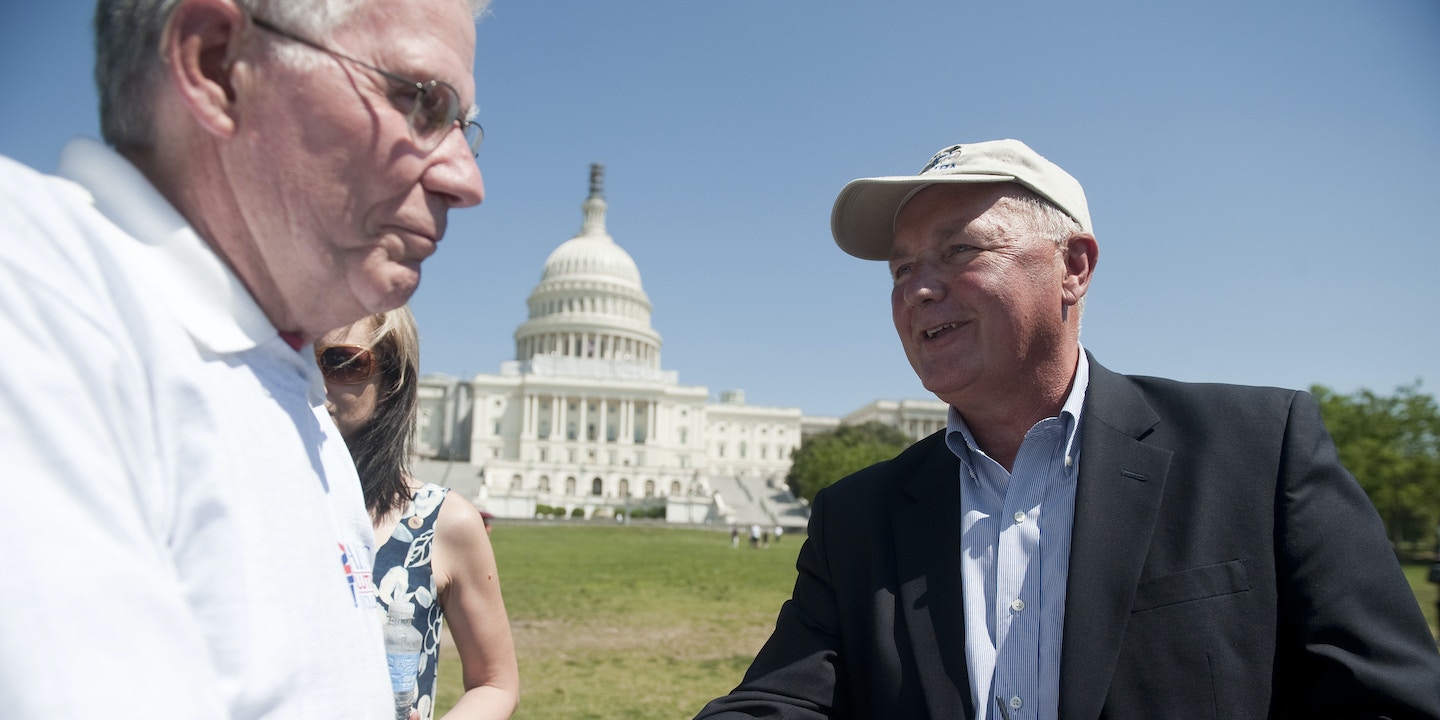 Donald Trump’s choice of Pete Hoekstra to represent the United States as ambassador to the Netherlands has alarmed Dutch observers familiar with the former congressman’s bizarre and entirely false claim that parts of their country have been surrendered to Islamist radicals, creating “no-go zones” for non-Muslims.

Hoekstra, who was born in the Netherlands but raised in Michigan as a staunch social conservative, might find himself largely unwelcome in his parents’ homeland, where even opponents of Muslim immigration, like the opposition leader Geert Wilders, typically cast themselves as defenders of liberal social values, like support for gay rights and abortion.

News of Hoekstra’s nomination prompted stunned reports in Dutch publications about the shockingly racist, anti-Chinese campaign ad he ran in 2012, his repeated efforts, during an 18-year career in Congress, to deny gay couples the right to marry or adopt children, and his leading role in the fight against government-funded health insurance.

@RepHuizenga wtf #Hoekstra is planning to do here in NL with his anti-gay, ant-islam and ProLife agenda. He is the laugh of the week.

Most baffling of all, though, was Hoekstra’s absurd claim, just two years ago, that the Dutch government had ceded control of sections of their country to Islamist radicals.

Martijn de Koning, an anthropologist at the University of Amsterdam whose research focuses on the Dutch debate over Islam, drew attention to video of comments Hoekstra made in 2015 at a conference sponsored by the David Horowitz Freedom Center.

The former member of Congress went on to tell the conference that he and his wife had narrowly escaped from Budapest that summer, one day before thousands of Muslims seeking refuge from the war in Syria arrived in the Hungarian capital. “The little railroad station that we went through in Budapest,” Hoekstra recalled, “the next day it was surrounded by 10,000 invaders, or refugees.”

What should make Hoekstra’s nomination to represent the United States in Europe alarming to Americans is that he is part of a far-right movement against the imaginary threat of Islamic Shariah law that uses the fear of terrorism to stoke hatred of Muslims.

The conference where Hoekstra made those remarks was organized by a foundation run by David Horowitz, an American activist with inflammatory views on Islam who has, as my colleague Lee Fang reported, also donated hundreds of thousands of dollars to Geert Wilders, the Dutch politician who promises to “de-islamize the Netherlands” by banning all immigration from Muslim countries to the Netherlands, closing mosques and banning the Koran.

The David Horowitz Freedom Center also funds the website Jihad Watch, which collaborated with the anti-Muslim activist Pamela Geller in 2015 to provoke violence by organizing a Prophet Muhammad cartoon contest in Texas which was, in fact, attacked by two gunmen.

Hoekstra attended Horowitz’s conference in November 2015 as a Shillman Senior Fellow at the Investigative Project on Terrorism, a far-right research group. That affiliation was touted in the White House announcement of Hoekstra’s nomination by the president.

The IPT did not respond to a request for comment on the terms of the fellowship, but Robert Shillman is a technology billionaire and a director of the David Horowitz Freedom Center who also funds the American Freedom Law Center, which has filed suit against government agencies that have refused to display pro-Israel and anti-Islam advertisements and is led by David Yerushalmi, a leading figure in the effort to create panic over Shariah Law.

Later this week, Shillman will be honored by the Horowitz center, along with Wilders, at an event in Newport Beach, California.

As the Dutch newspaper NRC Handelsblad reported, Hoekstra is also a frequent guest on “Secure Freedom Radio,” a podcast hosted by Frank Gaffney, another leading figure in the Shariah panic movement.

The fictional claim that there are no-go zones in the Netherlands appears to trace back to a blog post published in 2011 by the Gatestone Institute, a virulently anti-Muslim think tank run by John Bolton, George W. Bush’s United Nations ambassador.

The Investigative Project on Terrorism, where Hoekstra was a Shillman fellow after leaving Congress, is run by Steve Emerson, a self-described expert on Islamic extremism. In January 2015, Fox News was forced to issue an on-air apology for having allowed Emerson to make the false claim that there are Muslim-only “no-go zones” across Europe that are not under the control of the state and are ruled according to Shariah law.

“You basically have zones where Shariah courts were set up, where Muslim density is very intense, where the police don’t go in, and where it’s basically a separate country almost, a country within a country,” Emerson told the Fox News host Jeanine Pirro in January 2015. After Emerson was widely mocked for saying in the same interview that the entire English city of Birmingham was “totally Muslim, where non-Muslims just simply don’t go in,” he issued his own apology for having relied on what he called “sloppy research that had not been fact-checked.”

The prospect of Hoekstra bringing this sort of intellectual rigor to the U.S. embassy in The Hague led one Dutch observer, Evert te Winkel, to joke that the new American ambassador is such an expert on terrorism that he is apparently able to see “no-go zones” in the Netherlands that no one in the Netherlands was even aware of.