The Trump Labor Department will be honoring our former president and union buster Ronald Reagan. 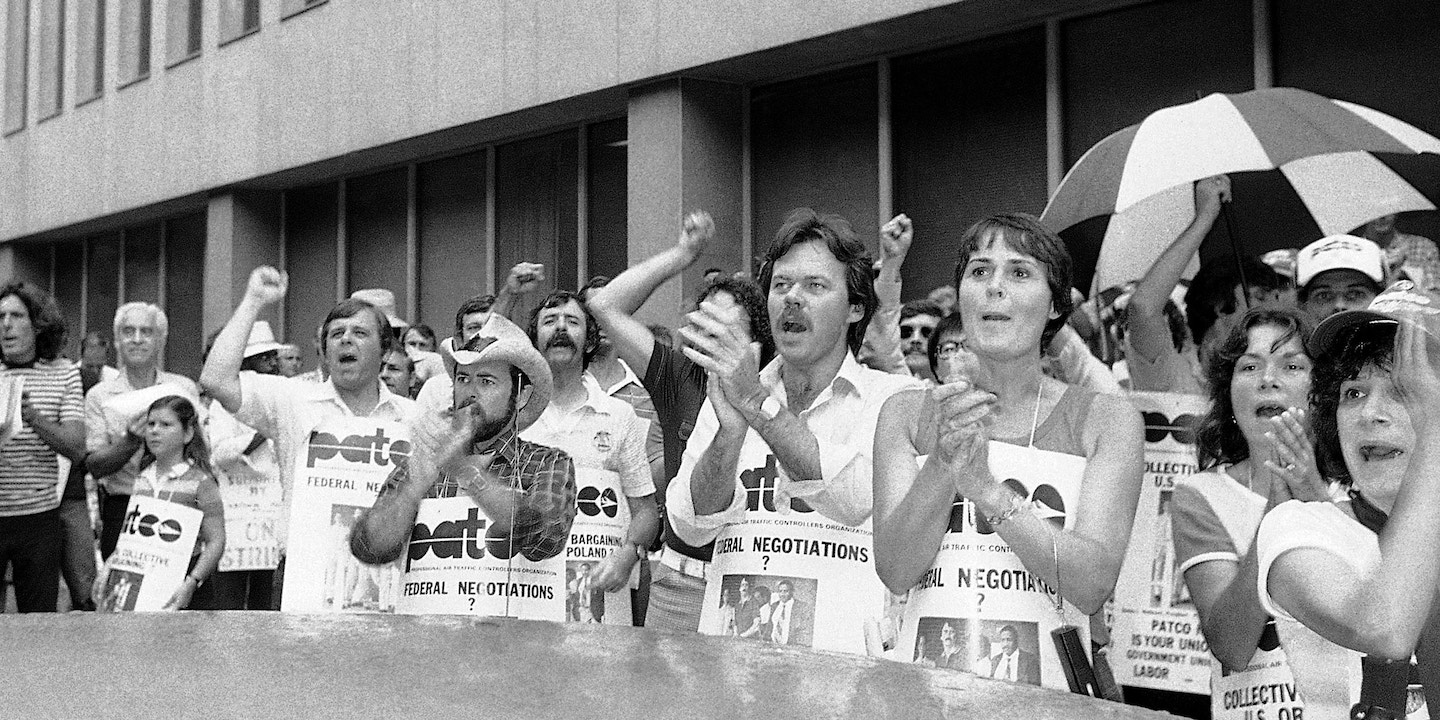 Every year the Department of Labor posthumously honors Americans “whose distinctive contributions to the field of labor have enhanced the quality of life of millions yesterday, today, and for generations to come.” Past honorees have included socialist leader Eugene Debs and labor organizer Cesar Chavez.

Today, Secretary of Labor Alexander Acosta announced that the department’s first honoree under the Trump administration would be a former president: Ronald Reagan.

This marks perhaps the first time the Department of Labor has honored someone who openly and actively diminished the power of American labor unions.

The department press release notes that Reagan, a Republican, was a member of a union himself, the Screen Actors Guild, which he led. It also notes that he was vocally supportive of the Solidarity union in Poland, which did battle with the Soviet Union.

But it curiously leaves out Reagan’s most high-profile interaction with organized labor: his intervention into the Professional Air Traffic Controllers Organization strike in 1981 set the tone for a presidency that was more hostile to organized labor than any other since before World War II.

When almost 13,000 controllers walked out on talks with the Federal Aviation Administration that year — an illegal strike — Reagan ordered them to return to work. When they did not, he fired 11,000 of them.

Writing about the PATCO strike three decades later, historian Joseph A. McCartin noted that it created a sea change in attitude by presidential administrations toward labor. “Although there were 39 illegal work stoppages against the federal government between 1962 and 1981,” he wrote, “no significant federal job actions followed Reagan’s firing of the Patco strikers.”

Reagan also appointed staunchly anti-union Donald Dotson to the head of the National Labor Relations Board. Dotson once equated collective bargaining with “labor monopoly, the destruction of individual freedom, and the destruction of the marketplace as the mechanism for determining the value of labor.”

At the start of Reagan’s term, 21 percent of wage and salary workers belonged to a union; in 1988, his last year in office, 16.2 percent did.