At Guantánamo, Men Accused in 9/11 Attacks Faced Their 24th Round of Pretrial Hearings

Attorneys for alleged 9/11 conspirator Khalid Sheikh Mohammed challenged the destruction of a CIA black site where their client was tortured. 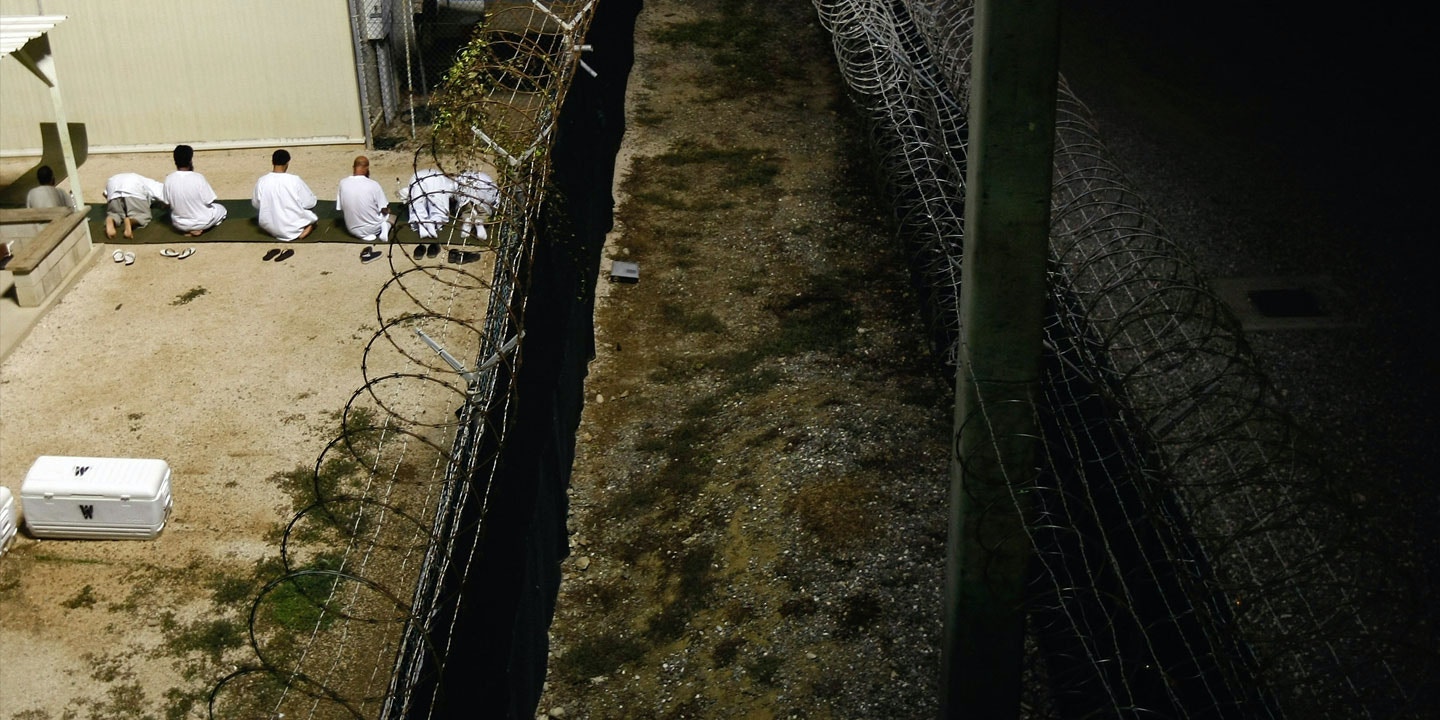 Khalid Sheikh Mohammed and his nephew Ammar al-Baluchi donned new Baluchi hats last week for the 24th round of pretrial hearings in the military commission case against the five men accused in the 9/11 attacks.

A small group of media representatives and non-governmental observers, family members of five people who died at the World Trade Center, and a survivor of the Ground Zero recovery cleanup were witnesses to the week-long proceedings, as prosecution and defense argued over procedural issues involving document declassification and weighty issues involving legality of the death penalty charges against the defendants, and the destruction, most likely between July 2014 and December 2015, of a CIA black site where at least one of the men was tortured.

That site, location unknown (to defense and observers, at least), was described as “crucial, exculpatory evidence” by the defense attorneys Friday — at a hearing the 9/11 defendants declined to attend — in arguments demanding that the military judge and prosecution be recused and the case abated (i.e. stopped).  The issue at hand was that the defense did not receive the notice of the impending destruction of the black site in time to argue against it, due to mishandling and confusion over the filing of the redacted order by the court in July 2014. While the defense continued to seek the judge’s order throughout 2015 while pursuing motions requesting access to the black site, they did not receive it until February 2016. Instead of a visit to the original site, the defense was given an edited version of a “video representation”  made of the site before its destruction.

David Nevin, attorney for Mohammed, said: “This substitution is pretty close to a joke. It gives us almost nothing of what we need to really present the impact of this crucial evidence,” in the death penalty case.

Nevin and James Connell, attorney for Baluchi, argued that the prosecution team realized the defense had not received the order and acted in bad faith. “I suggest the military commission made a mistake and the prosecution exploited that mistake,” Connell said.

Prosecutor Robert Swann responded that there was no basis for the judge’s recusal and that “nobody destroyed anything,” leading to more arguments from the defense and eventual move to a session closed to observers.

The judge, Army Col. James Pohl, maintained his cool throughout the presentation of the motion requesting his seat on the bench be vacated as a result of actions and mistakes made by his office.

But on Thursday, Pohl showed his irritation with one of the accused who defied the procedure set up to allow the defendants to waive their attendance in the courtroom. Mustafa al-Hawsawi, the detainee who in 2016 had surgery to repair rectal injuries inflicted during his torture in a black site, signed the waiver but then also sent a letter saying he wouldn’t attend because the escort drivers of his transport van drove too fast and jostled him on the trip, causing pain.  The judge halted the proceedings for two hours while the escorts were sent to fetch him. Pohl then scolded him from the bench. “If you look around this room, you see how many people are implicated in just getting these hearings conducted. At the request of the defense, I permitted you — I’m speaking to the accused here — the option to waive your presence after being advised of your rights. We have done this for years now.”

He continued, speaking directly to all the defendants: “If this scenario comes up again where a detainee signs a waiver form, and then in court finds out it really isn’t a voluntary waiver because of some other information, whether written or otherwise, that requires me to bring the detainee in here. Absent extraordinary circumstances, that individual detainee will no longer be given the option not to attend and will attend every time, no matter what he wants. I hope that is clear.”

The hearings also involved a defense motion to suppress the distribution of a statement filed by the defendants in an earlier attempt at prosecuting the case that was halted by the Obama administration. The document, in which the defendants claim responsibility for the 9/11 attacks, is called “The Islamic Response to the Government’s Nine Accusations,” and was published in the New York Times in 2009. The prosecution gave out the inflammatory document to families of the 9/11 victims as a “confession” by the accused.

Prosecutor Ed Ryan argued that the document is valid and should be admitted as evidence.

The prosecution filed a proposed scheduling order that would set a January 7, 2019 date for jury selection prior to trial, but it did not seem likely that the judge would accept the proposal because of its accelerated deadlines for court filings.

Family members of 9/11 victims spoke to reporters after court adjourned on Friday. In an impassioned statement, Ellen Judd, a Canadian professor of anthropology at the University of Manitoba, spoke of the loss of her spouse, Christine Egan, and Christine’s brother, Michael Egan. On Sept. 11, Christine was visiting her brother, an AON insurance executive on the 105th floor of the south tower of the World Trade Center.

“I felt inexpressibly deeply how terrible it is to take a human life for the last 16 years.  Before then I was opposed to the death penalty, but I’ve understood its totality and its unfixability much more strongly since I’ve been closer to the taking of life,” Judd said. “I am unwilling to be part of an act of killing or to endorse it in any way.

“The taking of these lives would not give Chris another moment of life and would not give me any relief,” the soft-spoken professor said. “May this be a time for turning grief into compassion.”

The next session — the 25th round of pretrial hearings — is scheduled to begin October 16.