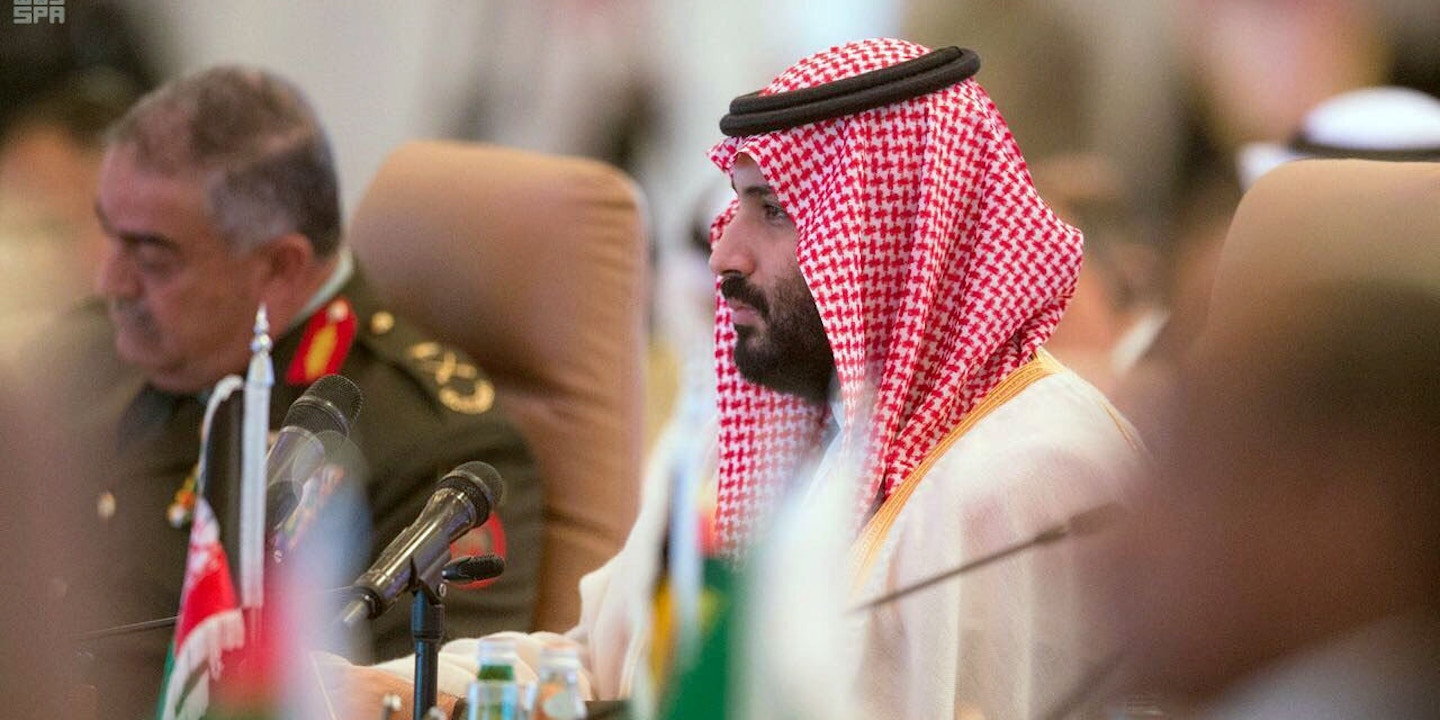 Saudi Arabia arrested a trio of prominent clerics last weekend, a sign that the kingdom may be preparing for the formal ascendance of Crown Prince Mohammed bin Salman, known as MBS, who is a key decision-maker on the country’s domestic and international affairs but is technically subservient to his father, King Salman.

Salman al-Odah, Awad al-Qarni, and Ali al-Omary were arrested with little explanation over the weekend, but activists suspect that their failure to follow MBS’s hawkish line on Qatar played a role in their imprisonment.

Human rights activists told the Wall Street Journal that Odah’s arrest came after he declined to come out in support of the Saudi government’s actions against Qatar.

On September 8, Odah tweeted a fairly banal message hoping for reconciliation between the kingdom and Qatar. “May God harmonize between their hearts for the good of their people,” he wrote:

Odah, who has 14 million followers, has not tweeted since September 9, the day he was swept up with the others.

“The Qatar crisis, a tribal dispute with potential global implications, is a key reason. This ‘kerfuffle’ is now very serious. MBS is showing that he can clean house in terms of those who may express sympathy to any opening of dialogue thru the new Saudi State Security Presidium,” Ted Karasik, a senior adviser at Gulf State Analytics who has spent years in the region, told The Intercept in an email. “Importantly, the cleavage between Qatar and the ATQ is now directly impacting Saudi society — the arrests were across a broad swath of clerics, poets and television personalities,” Karasik added, referring to the Anti-Terror Quartet, a name used to refer to Saudi Arabia, the United Arab Emirates, Bahrain, and Egypt, the four countries that initiated the months-long blockade of Qatar. “Thus, some may say these arrests are a purge.”

“For the clerics, MBS needed to make a sharp demonstration that social reforms are coming quickly and that the clerical establishment needs to support Saudi Vision 2030 no matter the cost to their belief system,” he continued. “[Odah] and Qarni in particular were on the government’s payroll up until their arrests to keep quiet on key issues. That line has now been crossed.”

Saudi officials have not commented on the arrests, but the state-run Saudi Press Agency reported Tuesday that the state intelligence agency had broken up a spy ring of “Saudis and foreigners” who “wanted to stir up sedition and prejudice national unity.” Also on Tuesday, a Twitter account run by the Saudi Interior Ministry encouraged Saudi citizens to report each other’s social media activity to the government.

“When you notice any account on social networks publishing terrorist or extremist ideas, please report it immediately via the application #We‘re_all_security,” it said.

Maya Foa, director of human rights group Reprieve, condemned the clerics’ arrests in a statement to The Intercept.

“These arrests are indicative of the Saudi government’s sustained crackdown on fundamental rights,” Foa said. “As the Kingdom prepares to execute juvenile Abdul Karim al-Hawaj and encourages social media users to report each other’s ‘information crimes,’ it’s clearer than ever that Trump’s failure to raise human rights concerns during his visit in May has emboldened the Saudi government. The U.S. must urgently tell the Kingdom to change course, and halt this crackdown — including the planned executions of juveniles and protesters.”

The crackdown took place as an activist group called the “September 15 movement” was planning peaceful protests in Saudi Arabia. The activists have called for demonstrations following nighttime prayers on Friday to demand reform on a number of social issues, including poverty, youth unemployment, a housing crisis, women’s rights, and the ongoing detention of political prisoners, according to a Twitter account linked to the group. It is not clear how large the protest movement is.