The entertainment industry is practically shouting that we need to address how tech giants like Amazon, Google, and Facebook are consolidating power. 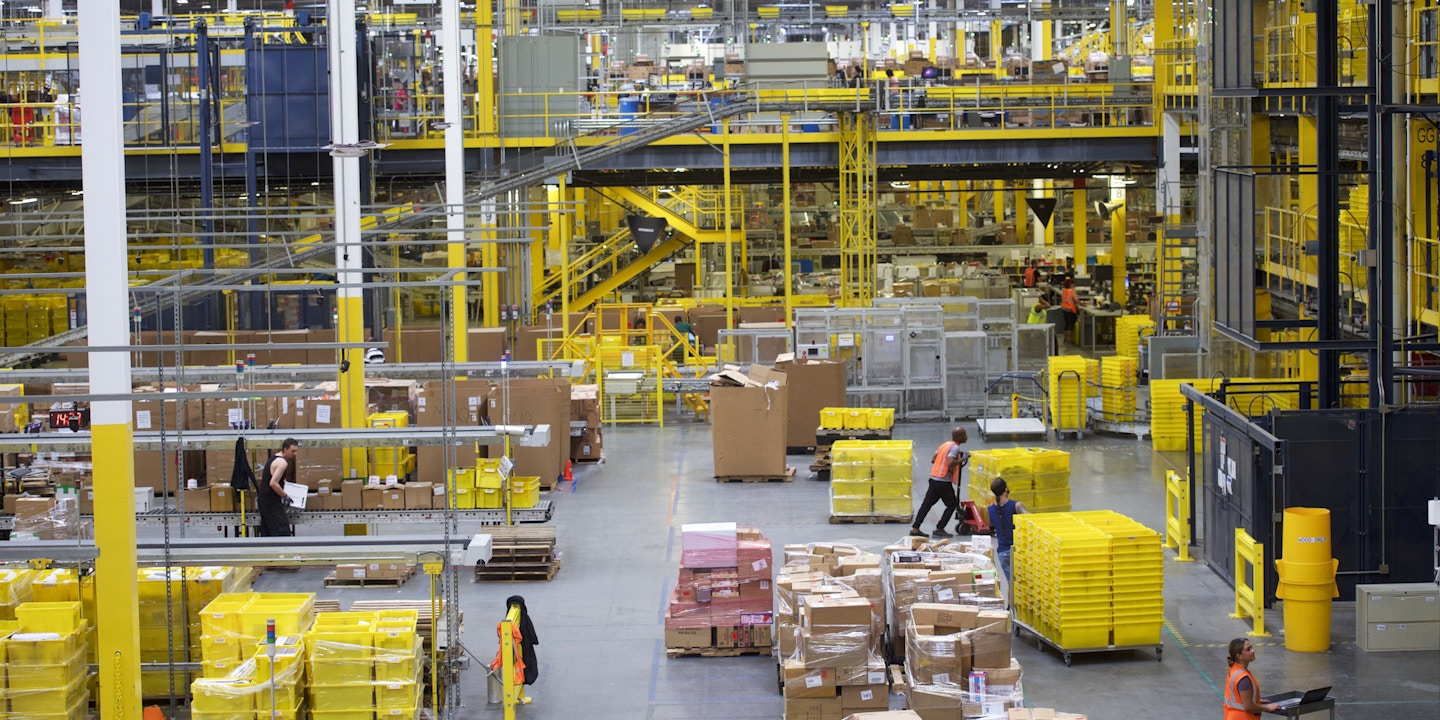 In best-selling author James Patterson’s latest novel “The Store,” a writer and his family go undercover to write the exposé of the century, about a dominant corporation that insinuates its way into people’s lives, homogenizing society under its vision. It’s a website that initially sold books and then branched out to providing other goods and services.

Patterson calls it TheStore.com. But we all know what he’s referring to.

“I think people are interested because everybody is using these sites, including Amazon,” said Patterson in an interview. “Most people find them interesting and some find them troubling.”

Often, people hold both views at the same time, and that internal conflict makes them ripe for pop culture interrogation. Popular entertainment habitually reflects the preoccupations of society. After the financial crisis, a wave of books and films presented financiers as amoral villains: “The Big Short,” “The Wolf of Wall Street,” George Clooney’s “Money Monster,” even Oliver Stone’s long-awaited follow-up to “Wall Street.” But the national mood has shifted. America has become more wary of Silicon Valley, and political movements on the left and right have turned against it. And these concerns have propelled a diverse set of narratives, from thrillers to comedies to animated features.

While lacking coherence, this trend may prove more impactful than the recent political focus on giant tech platforms. When Slate’s Franklin Foer or USC’s Jonathan Taplin write well-received books warning about tech monopolies, it serves an important public policy function. When conservative voices call for Google to be regulated as a public utility, it creates space for a trans-partisan alliance on weakening the power of tech titans. When a Google-funded think tank fires researchers critical of Google, it raises questions about who truly controls the flow of information in our democracy.

But when a transparent facsimile of Amazon or Facebook or Google pops up in the movie you’ve devoted Friday night to watching, it attracts a wider audience and can distill more recognizable fears.

Take “Storks,” the 2016 animated comedy about what happens after internet retailer Cornerstore.com transforms the legend of storks manufacturing and delivering babies into a package-delivery service headquartered at a giant fulfillment center atop a mountain. The Amazon warehouse worker drudgery sits in the background of a larger narrative about parenthood and following your destiny, but in the end the protagonist, a stork named Junior, rallies his comrades to free themselves from the mildly oppressive Cornerstore, and returns storks to their true mission in life.

“It just seemed culturally like what would resonate,” said writer and co-director Nicholas Stoller, best known for “Forgetting Sarah Marshall” and the “Neighbors” films. “When I thought of big business, eight years ago I would be making fun of Walmart. Now it’s Amazon.”

Stoller’s brother Matt was actually one of the monopoly policy researchers fired by the Google-funded New America Foundation. Nick Stoller says he uses Amazon “constantly” and that “Storks“ isn’t really a biting commentary. But just the fact that Amazon has such a dominant position culturally that something resembling it can easily slide into a kids’ movie is a commentary in itself.

In “The Store,” a modern horror/suspense story, an all-knowing corporation monitors its workers and customers so completely that nobody can escape its grip. In another age, a law office served as the faceless panopticon in John Grisham’s similarly constructed “The Firm.” Today the stock villain is clearly an Amazon stand-in.

Patterson has been outspoken about Amazon in the past; his publisher Hachette waged a high-profile battle with the website over e-book pricing. Patterson believes that Amazon wants to control shopping in America, and publishers’ need to grab attention in the only book marketplace that matters has narrowed what the public sees in print. “With the squeeze on publishers, they have less time and inclination to say, I have this big whale ‘Infinite Jest,’” Patterson said. “Ten years ago, they would have bought it, but who’s going to buy it now?”

“The Store,” whose hero is knowingly named Jacob Brandeis (Supreme Court Justice Louis Brandeis was one of the biggest critics of monopolies in the Progressive Era), envisions a paternalistic online retailer that controls what people desire and how they live. Some become so addicted to the convenience that they drop out of society, just sitting at home waiting for drone deliveries. Executives connive with lawmakers to shutter libraries, supply free tablets for schools (with software that can only access The Store), and abolish sales tax for internet purchases. Warehouse workers are afraid to speak out, and those that do get transferred to a high-tech version of a re-education camp.

The dangers of a dominant internet platform that exploits endless surveillance also overlays “The Circle,” a Tom Hanks-helmed thriller based on the book by David Eggers, about a company that’s a kind of hybrid of Facebook and Amazon. “Silicon Valley,” HBO’s lacerating satire of tech business culture, mines the industry’s utopian self-image for absurdity. The downsides of the openness of social media come forward in the black comedy “Ingrid Goes West” and the schlock horror film “Friend Request.”

Ultimately, artists are trying to entertain. And tech leaders’ ambitions to transform human behavior, and their uncritical belief in the benefits of their radical interventions, lends itself to satirical or even skeptical treatment. “This is the era of megalomaniacs, people who think they know better than all of us about everything,” said Patterson.

But “The Store’s” narrative culminates with a lesson that artistic output can create awareness and even social change. Perhaps that’s one reason tech giants have felt compelled to try to control that as well, by dumping billions into creating video content. Sure, must-see programs can capture user attention, and websites can charge more for video advertising. But Apple and Amazon wouldn’t be fighting over the James Bond franchise if they didn’t recognize the importance of popular culture.

In the modern age, fiction doesn’t often make such overt political appeals; the muckraking of Upton Sinclair’s “The Jungle” has given way to comedy talk-show hosts like Stephen Colbert and John Oliver. “What entertainment can do is open people’s eyes to a different experience,” said Nick Stoller. “It’s very hard to do that with business. The show ‘Transparent’ changed the entire dialogue about transgender people. Something like income inequality, it’s harder because it becomes more impersonal.”

The constant presence of Silicon Valley as a foil in so many different narrative treatments, however, reveals common concerns. “The notion of monopolies in this country, I think people are frightened by that idea,” Patterson said. “They’re frightened by all of us getting controlled by the machine someday.” If you can mark a country by its popular culture, then today the culture is practically shouting that we need to tackle the tech industry’s concentrated power.