A Republican senator is trying to ban states from enacting their own single-payer systems, an affront to the GOP focus on states’ rights. 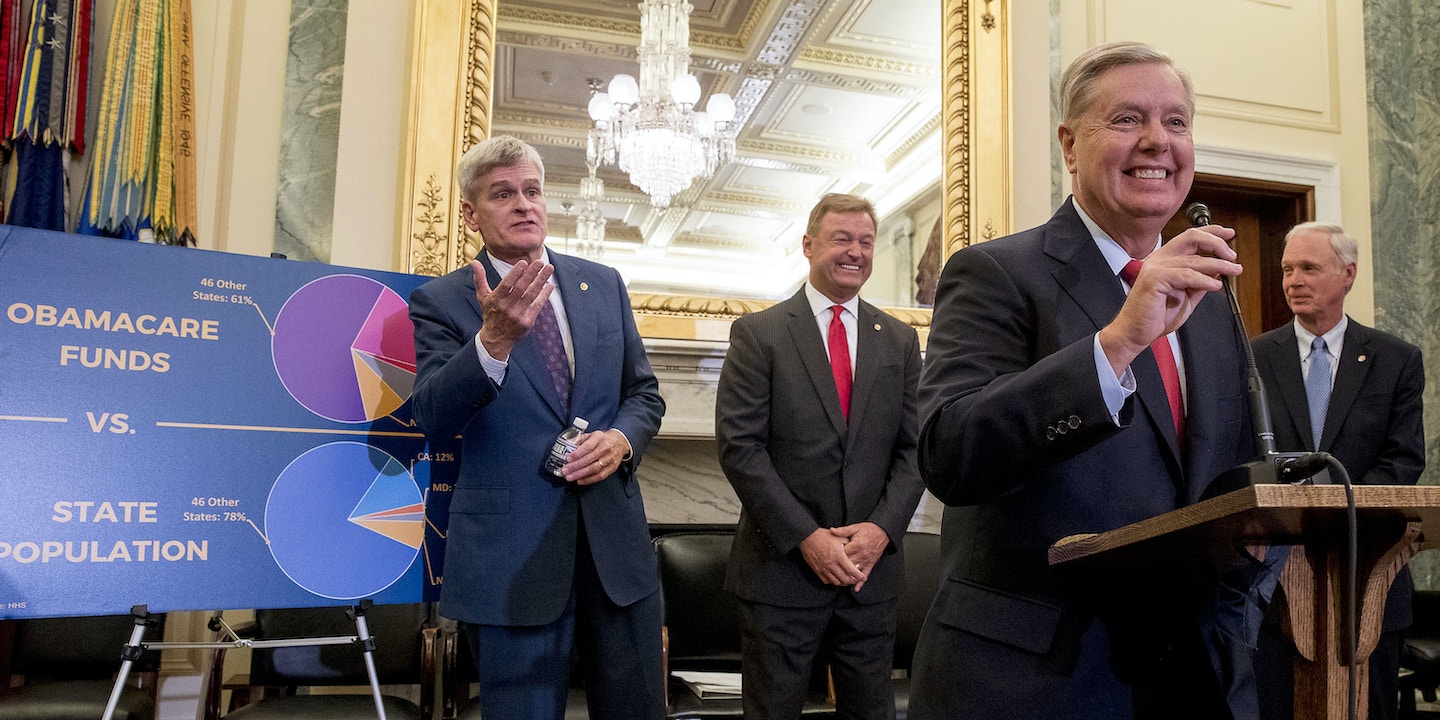 Louisiana Republican Sen. John Kennedy plans to use the most recent effort to repeal and replace portions of the Affordable Care Act to push an amendment that would bar states from enacting their own single-payer systems, he told reporters on Monday.

When asked by The Intercept on Tuesday about the status of his legislation, Kennedy said that the bill’s co-sponsors, Sens. Lindsey Graham, R-S.C., and Bill Cassidy, R-La., told him that the measure already bans single payer, but that he was welcome to offer his amendment either way.

“I don’t think states should have the authority to take money from the American taxpayer and set up a single-payer system,” Kennedy said. “Now some people think that that’s inconsistent with the idea of flexibility. But that’s what the United States Congress is for. I very much believe in flexibility, and I know the governors want flexibility. But it’s our job to make sure that that money is properly spent.”

Kennedy’s amendment is similar to pre-emption laws many states have passed to prohibit municipalities from controlling their own minimum wages or enacting municipal broadband. These laws have emanated from the American Legislative Exchange Council, a policy network funded by corporations.

The movement for statewide single-payer health care has picked up steam in a number of states over the past year, including California.

And if this repeal effort fails, he warned, darkness would be coming. “At the end of the day, this is the only process left available to stop a march toward socialism,” he said.