Ken Burns Says the Vietnam War Was “Begun in Good Faith.” So Was Every Other Lousy War.

Just look at what the leaders of the Soviet Union were telling each other as they invaded Afghanistan, launching their own murderous war. 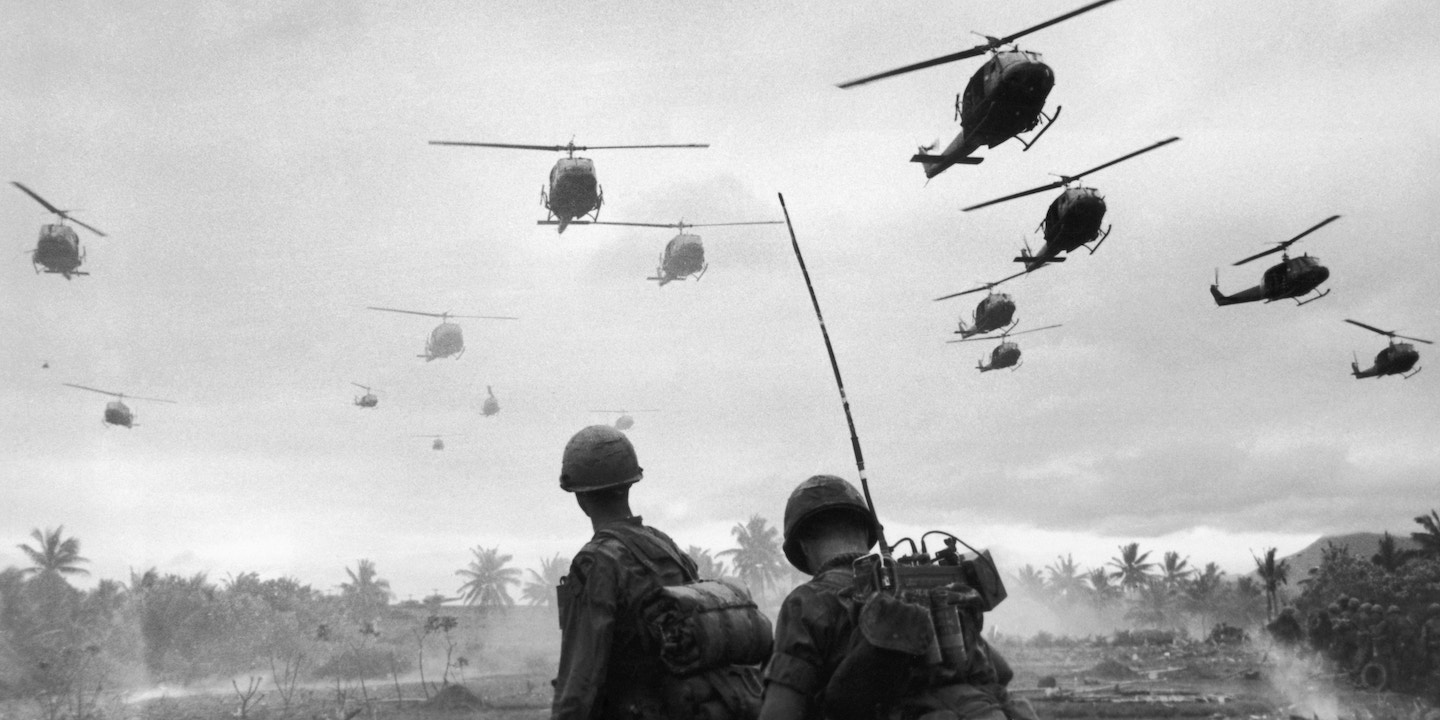 At the start of the American plunge into the Vietnam War, the State Department circulated an optimistic cable about Nguyen Van Thieu, the South Vietnamese president who had just taken power with U.S. support:

His speeches and appeals to the people of Vietnam are directed at ensuring the national independence of Vietnam; rallying the people together; carrying out a progressive, democratic policy; observing legality; establishing firm law and order; and having a humane attitude toward people.

The U.S. has given consent to the Vietnamese government to the introduction of a small military contingent for a period of time. Its very presence in Vietnam will serve as a guarantee against sudden armed attacks of hostile foreign forces.

These were internal U.S. communications; it was simply the government talking to itself, with no reason to lie.

Moreover, it was no aberration. U.S. government archives are filled with impressive declarations about America’s idealistic goals in Vietnam.

So what does it mean? It means that the tremendously compelling 10-part documentary on the Vietnam War, directed by Ken Burns and Lynn Novick, is right when it begins with this somber narration:

America’s involvement in Vietnam … was begun in good faith, by decent people, out of fateful misunderstandings.

Except that the cable about Thieu and Vietnam originally wasn’t from the U.S. State Department. It was a December 27, 1979 missive from the Soviet Foreign Ministry about the new Afghan president Babrak Karmal, who had been installed by Soviet troops who had just entered Afghanistan. All that was changed from the original Soviet cable was a substitution of “Afghanistan” with “Vietnam” and “the Soviet Union” with “the U.S.” (As Thieu’s predecessor Ngo Dinh Diem had dissatisfied the U.S. and somehow ended up dead, so too with the Soviets and Karmal’s predecessor.)

So what does this Soviet cable — filled with sincere moral fervor about helping Afghanistan — demonstrate? That all catastrophic wars are started by people who believe they’re the good guys.

So Burns and Novick aren’t wrong, exactly, about the good faith of the decent Americans who devastated Vietnam. But what truly matters is, what difference does it make? Saying that these U.S. officials wanted to do the right thing is the same as explaining, “America’s involvement in Vietnam was begun by human beings, who breathed air, ate food, and used their legs to walk around.”

The infinite capacity of the powerful for self-serving delusion is something you should hopefully figure out by the time you get a driver’s license, and definitely before you direct a $30 million TV series. Everyone, including the worst figures of history, believes – even if they couldn’t be 100 percent honest, or had to cut some moral corners, or were forced by their domestic rivals to do terrible things to stay in power – that they’re on the side of good.

So the fact that this was true about the people who started the Vietnam War has literally no significance. What actually matters is that it was an insanely brutal, cruel, evil imperial war of aggression.

If Americans want to understand this, all we need to do is read more of the internal deliberations of the Soviet Union as it conducted its own insanely brutal, cruel, evil imperial war of aggression in Afghanistan. Were the Russians who made these decisions “decent” and acting in “good faith”? If we’re judging them by the same standards as we judge American leaders, absolutely. Did they then have “fateful misunderstandings” that led them astray? They sure did.

Indeed, if you read the Soviet archives, it’s nearly impossible — just as with the above cable — to distinguish Russia’s deliberations about Afghanistan from internal American discussions about Vietnam. Start with a Soviet Politburo discussion on March 17, 1979.

Afghanistan had always been heavily influenced by its much larger northern neighbor. But in 1978, a coup led by the People’s Democratic Party led to the establishment of a formally communist Afghan regime. It soon signed a treaty of “friendship, good neighborliness, and cooperation” with the Soviets.

Within a year, however, the Politburo grew concerned that their ally President Nur Muhammad Taraki was losing control of the country – partly, they believed, due to his own viciousness and partly because other countries were supporting Afghan rebels who were carrying out savage attacks of their own.

“The situation in Afghanistan has deteriorated sharply,” Andrei Gromyko, the Soviet minister of foreign affairs, told his comrades. “Bands of saboteurs and terrorists, having infiltrated from the territory of Pakistan, trained and armed not only with the participation of Pakistani forces but also of China, the United States of America, and Iran, are committing atrocities in Herat.”

They had to do something. But what? “We still don’t know exactly what is happening in Afghanistan,” worried Soviet Premier Alexei Kosygin. Their Afghan allies, he said, “are good people, that is apparent, but all the same they are concealing a great deal from us.”

Andrei Kirilenko, another member of the Politburo, emphasized that they couldn’t just send the Soviet army: “We cannot deploy troops without a request from the government of Afghanistan.” Moreover, it was crucial that the Soviet Union demand a halt to abuses by the Afghan government, which included “executions” and “torture.” “This is a major policy issue,” said Kirilenko. “Taraki must ensure, with all decisiveness, that no illicit measures whatsoever are undertaken by them.”

The next day, Yuri Andropov, head of the KGB, declared that they had the military strength to keep their communist allies in power. But they could not use it, thanks to the Soviet code of ethics. “We can suppress a revolution in Afghanistan only with the aid of our bayonets,” said Andropov, “and that is for us entirely inadmissible.”

Gromyko chimed in to agree, bringing up the crucial issue of international law: “We must keep in mind that from a legal point of view too we would not be justified in sending troops. According to the U.N. Charter a country can appeal for assistance, and we could send troops, in case it is subject to external aggression. Afghanistan has not been subject to any aggression.”

Soon afterward, Gromyko, Andropov, and others circulated a Communist Party central committee memo on the situation. It lamented that despite the “recommendations and advice” of the Soviet Union, the Afghan government had engaged in “extreme measures and unjustified repression,” as well as “violence towards arrested persons during investigations.”

The Soviet Union must redouble its efforts to stop such pernicious behavior, said the memo, and firmly advise their Afghan allies to “develop and enact a constitution which will secure the democratic rights of the people.”

At about the same time, the top Soviet leader Leonid Brezhnev met with Taraki in person in Moscow. Taraki wanted the Soviets to send troops to support him. No, Brezhnev told him: “We examined this question from every angle, weighed it carefully, and, I will tell you frankly: This should not be done.”

Yet the Soviet Union ended up invading Afghanistan nine months later, around Christmas of 1979. 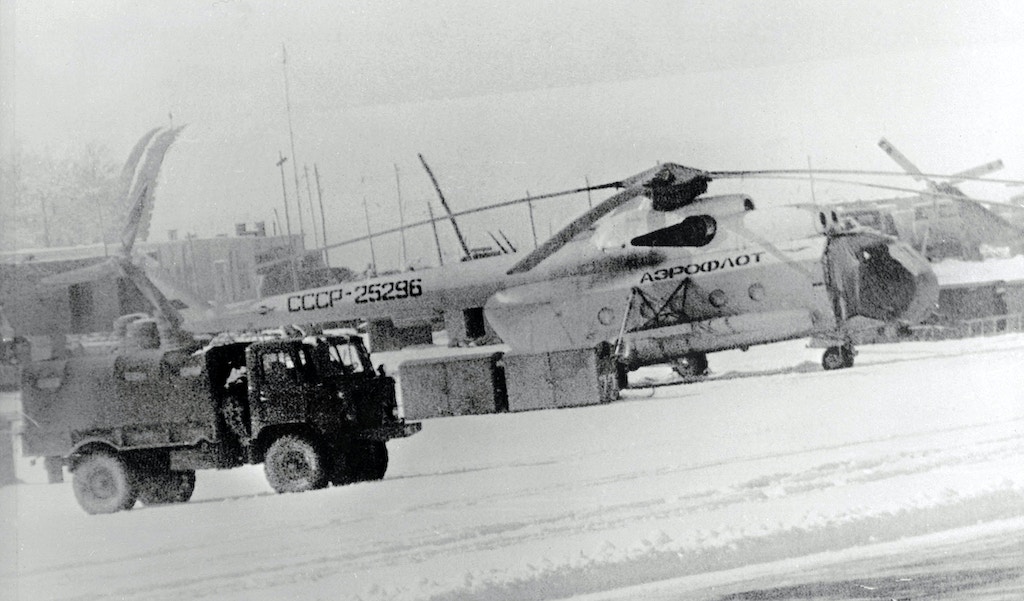 Remarkably, even though the Soviet archives are now largely open, no records make precisely clear how or why this decision was made. It was likely due largely to the further deterioration of the Afghan government’s power, especially after an official named Hafizullah Amin overthrew and murdered Taraki in October. The Soviets were also concerned that rising Islamic militancy, next door in both Iran and Saudi Arabia, would triumph in Afghanistan as well and then spread to the Muslim areas of the Soviet Union itself.

In any case, by early 1980 there were 100,000 Soviet soldiers in Afghanistan. And yet the Soviets still managed to justify the decision on moral grounds: Just as Soviet leaders had seen their earlier decision not to invade as the ethical thing to do, they were certain only a short while later that sending troops was also morally correct.

Another report to the Communist Party’s Central Committee from Gromyko and Andropov explained why it had to be done. Amin, it said, had “established a regime of personal dictatorship in the country,” including “repressions, mass executions, and disregard for legal norms.” Fortunately, Karmal, the new president, with the support of the courageous Soviet military, was committed to the “national-democratic, anti-feudalistic, anti-imperialistic revolution, and to defend Afghan independence and sovereignty [as well as the] broad democratization of social life and ensuring a law-abiding society.”

From that point forward, the Soviet attack on Afghanistan went pretty much like the American attack on Vietnam: carpet bombing, tons of napalm, widespread rape, countless massacres of civilians. Just as in Vietnam, we have only the vaguest sense of how many people were killed, because no one with power was counting.

Similarly, the eventual Soviet departure from Afghanistan was as long and pointlessly drawn out as the U.S. exit from Vietnam. President Richard Nixon knew the U.S. was beat for years but insisted on a process of “Vietnamization” and “peace with honor” rather than admit the truth. The last Soviet leader, Mikhail Gorbachev, realized the occupation was a disaster when he came to power in 1985, but Soviet troops didn’t start leaving until 1988 and weren’t fully out for another year after that. As Gorbachev later explained, “We had to finish this war. But in a way so the Russian people would understand why tens of thousands had died. We couldn’t just run away from there in shame. No, we needed to find a process.”

The upcoming final episode of Ken Burns’s “Vietnam War” will end with its narrator — after repeated revisions by Burns and Novick, to be sure they were expressing themselves precisely — coming to the following conclusion: “The Vietnam War was a tragedy, immeasurable and irredeemable.”

So despite the voluminous evidence the series provides, it turns out the Vietnam War was not a crime, nor a malefaction, nor an abomination. It was merely a tragedy, as the directors also say twice in a New York Times op-ed.

The decent Soviets, filled with their good faith, would have known just where “The Vietnam War” is coming from. As the Soviet troops began departing Afghanistan in 1988, one member of the Politburo mused about what had gone so terribly wrong:

There were serious miscalculations and mistakes both in our domestic affairs as well as in foreign policy. I believe, for example, that if all of the democratic institutes had been working, the Afghan tragedy which, as you know, has been very costly to us, would not have happened. We did not take note of the deep-seated processes taking place in our society.

Top photo: The second wave of combat helicopters of the 1st Air Cavalry Division fly over American troops on an isolated landing zone during Operation Pershing, during the Vietnam War.