For decades the U.S. government has engaged in a shifting series of alliances of convenience with the world’s largest drug cartels. 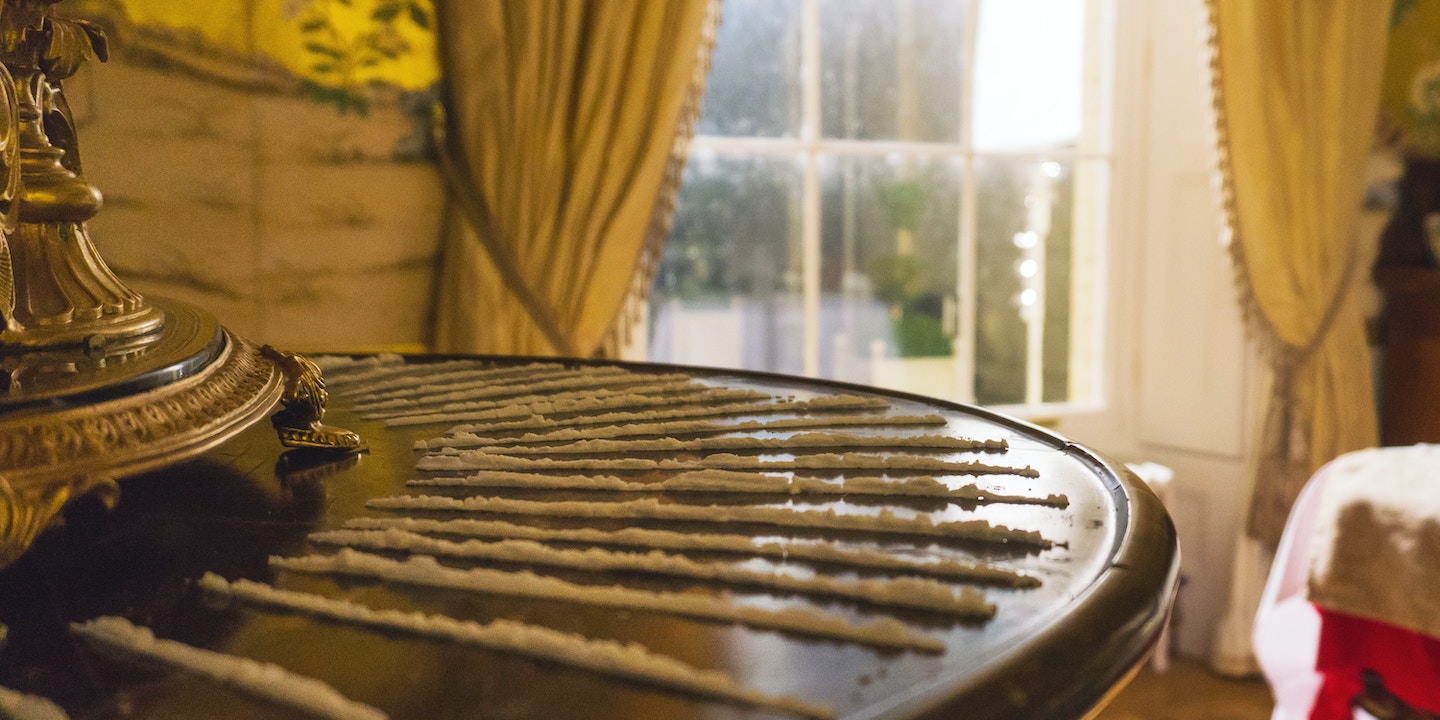 Chuck Grassley, a Republican senator from Iowa, is known on Twitter for expressing his yearning for the History Channel to finally show some history. Here are two of his many tweets on this subject:

Just love history. So occasionally I turn to history channel. "mud cats" when wi they put history back on the channel

The good news for Grassley, and for everyone else, is that starting Sunday night and running through Wednesday the History Channel is showing a new four-part series called “America’s War on Drugs.” Not only is it an important contribution to recent American history, it’s also the first time U.S. television has ever told the core truth about one of the most important issues of the past 50 years.

That core truth is: The war on drugs has always been a pointless sham. For decades the federal government has engaged in a shifting series of alliances of convenience with some of the world’s largest drug cartels. So while the U.S. incarceration rate has quintupled since President Richard Nixon first declared the war on drugs in 1971, top narcotics dealers have simultaneously enjoyed protection at the highest levels of power in America.

On the one hand, this shouldn’t be surprising. The voluminous documentation of this fact in dozens of books has long been available to anyone with curiosity and a library card.

Yet somehow, despite the fact the U.S. has no formal system of censorship, this monumental scandal has never before been presented in a comprehensive way in the medium where most Americans get their information: TV.

That’s why “America’s War on Drugs” is a genuine milestone. We’ve recently seen how ideas that once seemed absolutely preposterous and taboo — for instance, that the Catholic Church was consciously safeguarding priests who sexually abused children, or that Bill Cosby may not have been the best choice for America’s Dad — can after years of silence finally break through into popular consciousness and exact real consequences. The series could be a watershed in doing the same for the reality behind one of the most cynical and cruel policies in U.S. history. 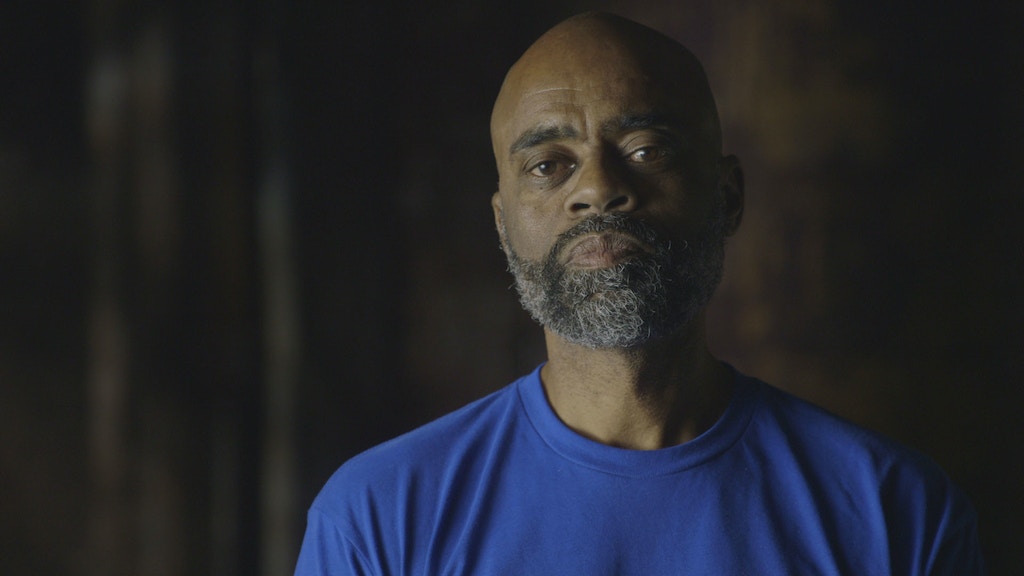 The series, executive produced by Julian P. Hobbs, Elli Hakami, and Anthony Lappé, is a standard TV documentary; there’s the amalgam of interviews, file footage, and dramatic recreations. What’s not standard is the story told on camera by former Drug Enforcement Administration operatives as well as journalists and drug dealers themselves. (One of the reporters is Ryan Grim, The Intercept’s Washington bureau chief and author of “This Is Your Country on Drugs: The Secret History of Getting High in America.”)

There’s no mealy mouthed truckling about what happened. The first episode opens with the voice of Lindsay Moran, a one-time clandestine CIA officer, declaring, “The agency was elbow deep with drug traffickers.”

Then Richard Stratton, a marijuana smuggler turned writer and television producer, explains, “Most Americans would be utterly shocked if they knew the depth of involvement that the Central Intelligence Agency has had in the international drug trade.”

Next, New York University professor Christian Parenti tells viewers, “The CIA is from its very beginning collaborating with mafiosas who are involved in the drug trade because these mafiosas will serve the larger agenda of fighting communism.”

For the next eight hours, the series sprints through history that’s largely the greatest hits of the U.S. government’s partnership with heroin, hallucinogen, and cocaine dealers. That these greatest hits can fill up most of four two-hour episodes demonstrates how extraordinarily deep and ugly the story is.

First we learn about the CIA working with Florida mob boss Santo Trafficante Jr. in the early 1960s. The CIA wanted Fidel Castro dead and, in return for Trafficante’s help in various assassination plots, was willing to turn a blind eye to the extensive drug trafficking by Trafficante and his allied Cuban exiles.

Then there’s the extremely odd tale of how the CIA imported significant amounts of LSD from its Swiss manufacturer in hopes that it could be used for successful mind control. Instead, by dosing thousands of young volunteers including Ken Kesey, Whitey Bulger, and Grateful Dead lyricist Robert Hunter, the agency accidentally helped popularize acid and generate the 1960s counterculture of psychedelia.

During the Vietnam War, the U.S. allied with anti-communist forces in Laos that leveraged our support to become some of the largest suppliers of opium on earth. Air America, a CIA front, flew supplies for the guerrillas into Laos and then flew drugs out, all with the knowledge and protection of U.S. operatives.

The same dynamic developed in the 1980s as the Reagan administration tried to overthrow the Sandinista government in Nicaragua. The planes that secretly brought arms to the contras turned around and brought cocaine back to America, again shielded from U.S. law enforcement by the CIA.

Most recently, there’s our 16-year-long war in Afghanistan. While less has been uncovered about the CIA’s machinations here, it’s hard not to notice that we installed Hamid Karzai as president while his brother apparently was on the CIA payroll and, simultaneously, one of the country’s biggest opium dealers. Afghanistan now supplies about 90 percent of the world’s heroin.

To its credit, the series makes clear that this is not part of a secret government plot to turn Americans into drug addicts. But, as Moran puts it, “When the CIA is focused on a mission, on a particular end, they’re not going to sit down and pontificate about ‘What are the long-term, global consequences of our actions going to be?’” Winning their secret wars will always be their top priority, and if that requires cooperation with drug cartels that are flooding the U.S. with their product, so be it. “A lot of these patterns that have their origins in the 1960s become cyclical,” Moran adds. “Those relationships develop again and again throughout the war on drugs.”

What makes this history so grotesque is the government’s mind-breaking levels of hypocrisy. It’s like Donald Trump declaring a War on Real Estate Developers that fills prisons with people who occasionally rent out their spare bedroom on Airbnb.

That brings us back to Charles Grassley. Grassley is now chairman of the Senate Judiciary Committee, a longtime committed drug warrior and — during the 1980s — a supporter of the contras.

Yet even Grassley is showing signs that he realizes there may have been some flaws in the war on drugs since the beginning. He recently has co-sponsored a bill that would reduce minimum sentences for drug offenses.

So now that the History Channel has granted Grassley his wish and is broadcasting this extraordinarily important history, it’s our job to make sure he and everyone like him sits down and watches it. That this series exists at all shows that we’re at a tipping point with this brazen, catastrophic lie. We have to push hard enough to knock it over.