Reauthorizing the controversial section 702 of FISA is a key priority of the Trump administration. 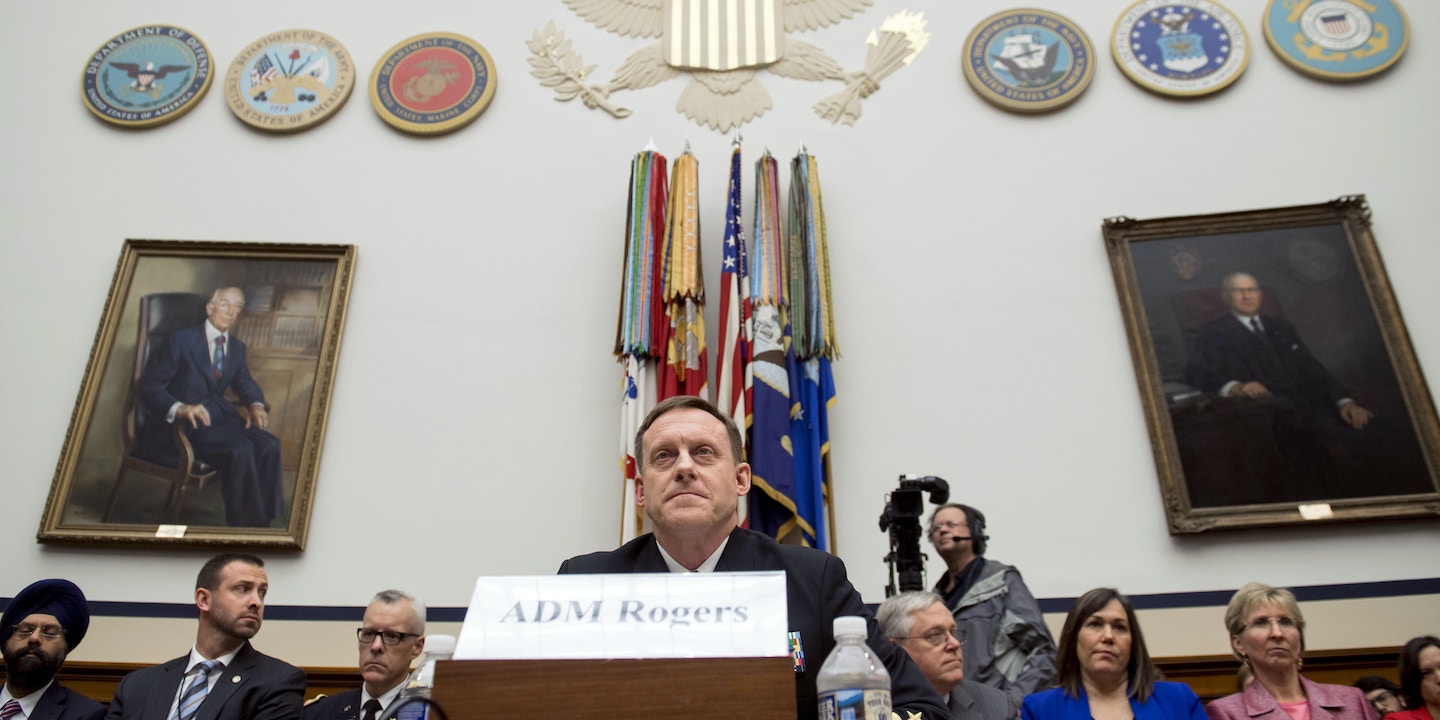 The Trump administration is pushing hard for the reauthorization of a key 2008 surveillance law — section 702 of the Foreign Intelligence Surveillance Act, known as FISA — three months before it sunsets in December.

To persuade senators to reauthorize the law in full, the Trump administration is holding classified, members-only briefings for the entire House and Senate next Wednesday, with heavy hitters in attendance: Attorney General Jeff Sessions, Director of National Intelligence Dan Coats, NSA Director Mike Rogers, and FBI Director Christopher Wray will give the briefings, according to an internal announcement of the meetings provided to The Intercept and confirmed by multiple sources on Capitol Hill.

Section 702 serves as the legal basis for two of the NSA’s largest mass surveillance programs, both revealed by Edward Snowden. One program, PRISM, allows the government to collect messaging data sent to and from foreign targets, from major internet companies like Google, Facebook, Apple, and Microsoft. The other, UPSTREAM, scans internet backbone sites in the U.S. and copies communications to and from foreign targets.

Both programs ostensibly only “target” foreigners, but likely collect massive amounts of Americans’ communications as well. And despite persistent questioning from members of Congress, the Obama and Trump administrations have repeatedly refused to provide an estimate of how many domestic communications the programs collect. Civil liberties advocates have long warned liberal defenders of the program under President Obama that one day the surveillance apparatus may fall into the hands of a president with little regard for rule of law or constitutional protections.

Privacy activists have also raised concerns about how the data is shared with law enforcement, and routinely used for purposes unrelated to national security. The FBI frequently conducts “backdoor searches” on the data during ordinary criminal investigations, which allows them access to Americans’ communications without having to get a warrant.

According to a 2014 letter the Obama administration sent to Oregon Senator Ron Wyden, the FBI frequently queries FISA 702 data, and the number of those backdoor searches is “substantial.”  And before the top-secret Foreign Intelligence Surveillance Court, the government has compared the frequency of these searches to the frequency of making Google searches, according to documents obtained by the ACLU and reported on by The Intercept in April.

Privacy and criminal justice advocates have also expressed alarm that the Drug Enforcement Administration (DEA) and even Immigrations and Customs Enforcement (ICE) have access to the data.

It is unclear whether the Senate will pass a reauthorization of Section 702 without reforms, but the prospect of a “clean reauthorization”  is likely to face serious resistance in the House. The House has twice passed legislation defunding warrantless “backdoor” searches, but both times the measures gained no traction in the Senate and were stripped out by leadership.